The world lost a rare talent today, far too soon and for no good reason.

I know I'm going to sound like a super freak here, but that's not entirely out of the ordinary, so I'll post it anyway.  I actually cried when I heard this.  I had left church, dropped the kids at home and was talking to my sister....hung up to grab something to eat prior to my Sunday movie outing that's become routine before I commit to writing and working for the afternoon.....and checked Instagram briefly while in the drive thru lane. I hated what I saw.....called Caroline back to see if it was true.....she confirmed and said she didn't want to tell me herself.  :(

I learned Philip Seymour Hoffman died from an apparent drug overdose and became overwhelmed with grief.  I adored this actor.  Not the usual Hollywood beauty that so many love.....but instead someone with depth and heart and passion for acting that I think is lost in movies today.

Details HERE on his death. 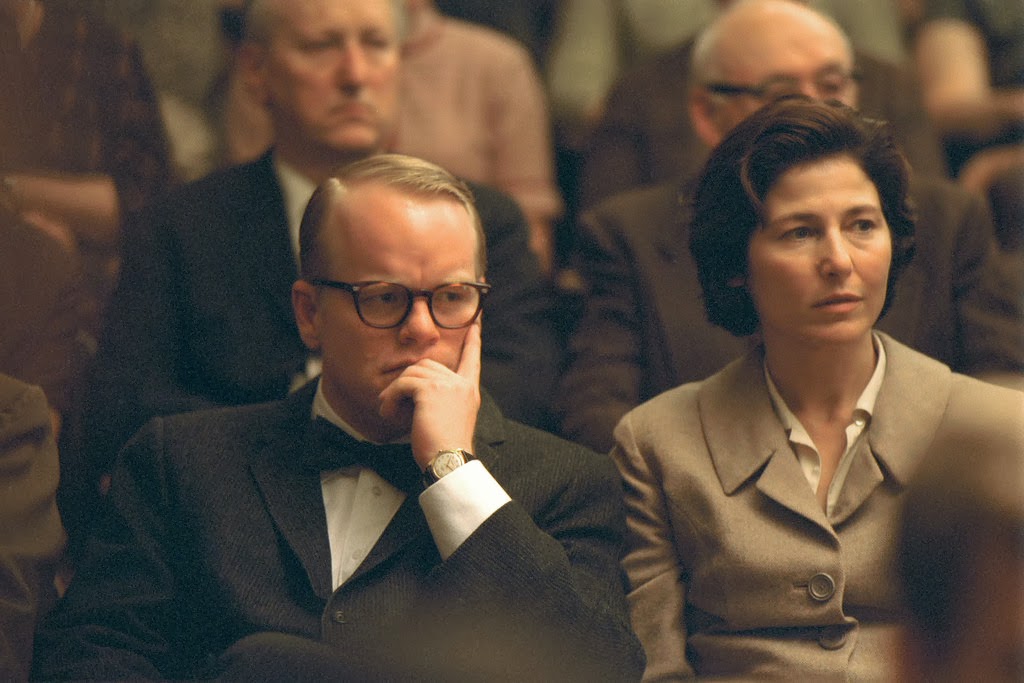 And, it got me thinking.....why was I so upset over this.....someone I never knew?  I think for those of us who read and watch movies (with a slight obsession as I do) feel these things in a way that might sound odd to 'normal' people.  But, when you immerse yourself into books and film, these actors and writers become part of your life.  And, you feel genuine loss when they're gone....especially in a senseless way like this.

I don't watch a lot of TV.  Books and movies have always been my preference and they became a bigger part of my life as I became a mother.  As weird as that sounds, I turned to both to escape the craziness of family life.  When we had two in diapers, I treasured a movie more than any other time in my 39 years.  Two hours with NO ONE NEEDING ANYTHING from me.  No one needed a bottle or a diaper changed or a toy handed to them.  Movies became and remain my sanity check and my guilty pleasure, although I don't think there's much 'guilt' in it because there are SO many good films out today.  Not just mainstream......so many Indie movies, too.  And, equal to movies, I treasure books.  I can't sleep without reading first and I never go to sleep without being mid-book. If I finish one, I have to start another.

For years, Blake has called Philip Seymour Hoffman my 'boyfriend' when he saw him in a movie.  I've loved him since forever ago.....The Talented Mr. Ripley was one of his first roles that I realized how amazing he was. Capote, I believe, was one of his best.

RIP, Philip.  You will be missed.

It is very sad. Just goes to show addiction is very real. Even after being sober for over 20-years. Feel sorry for his children.

I loved him too! And he could be funny. I loved him in Along Came Polly. I am so sorry he suffered with addiction. :(..

So sad -- I was shocked too! He was an amazing talent.

His poor family ... as sad as it is for his fans all over the world they will feel his loss even more.

It is so tragic, he definitely was an amazing actor.
We watch movies more than TV here too, love getting lost in a good book or movie.