A Word on Feminism (Or Not)

Can you feel the world's axis tilting a bit?

Not too much........but it does seem that women's interests are taking a front row to others.

Now, please don't get me wrong.  I do not like the word "feminist" or the idea of simply having your gender give you any sort of power.  But, for generations, women have watched and complied with a society that might as well have been created on the stage of Mad Men.

No, we're not forced to wear aprons or serve our husbands cocktails on silver trays as they enter the door after a hard day's work.  But, movies and books have primarily been slanted in their favor when it comes to content that might be considered "risky".

And, although I've never been to a male strip club nor have any interest in going, I did see Magic Mike.

It was total crap.

It was fun and it felt great to be a woman that day.  The theater was arm to arm filled with girls cat calling and gasping at all the right parts.  It was liberating in a way......to hear women cut loose a bit and have some fun.

Blake suggested I would be causing a total fuss if men everywhere, including him, were anticipating a movie about female strippers.  Umh.......it's happened, babe.  It was called Showgirls.  And, Striptease.  And, just about 30% of the internet's content.

It felt good to have it be our turn. 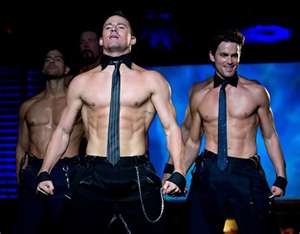 High society book clubs across the nation are reading this series.  That is hard for me to grasp, knowing the content and reflecting back on some pretty crazy parts. 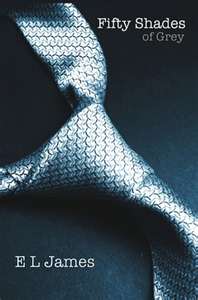 And, finally, the princess equation.  Where does it fit in?  Are we feminists for hating it?

Years ago, I would have told you that I detested the whole idea.  Today, part of it still makes me squirm a bit.  But, Lainey sees the magic and loves every ounce of princessy goodness.

I've conceded to the dresses and occasional make up and getting her hair done at the Bibbidi Bobbidi Boutique.  The simple joy of seeing her light up is too much for me to deny. 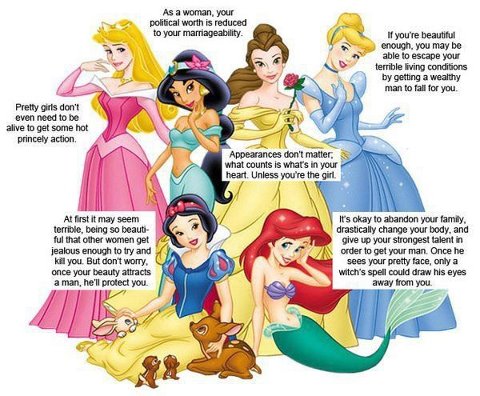 So, where is the balance?
In 2012, I'm a 37 year old mom of 3 trying to raise a family and keep my own identity in tact.  I work part time and throw myself into projects that cultivate that part of me that feels stifled without working full time.
I am trying to raise 2 young boys to respect women.
I'm raising a daughter, strong willed and stubborn, and pray every day she keeps those frustrating qualities.
After 12 years of marriage, I still manage to catch my husband's eye every now and then.
And, occasionally........I see a movie where Channing Tatum might as well not have a script.
Does that make me a bad person?  An anti-feminist?
What are your thoughts?

OK, I need to break it down in sections starting with male strip clubs.

Really? Never been? OK, I'll take your word for it but let me add you are not missing anything. There was a time in the late 80s when we would hang out there (underage drinking, liberal carding standards) and were friends with some of the dancers. They would dance and entertain. It was fun a few times, then it was just gross. In the 90s it turned into this aggressive shave-a-thon of oiled up, prickly bodies that shoved your face in their peacock. Tacky. Lucky me, it was wedding season for my friends. blech. Anyway, the bump and grind and oral simulation on stage is what it's like now. Is this REALLY what women want? Even my sluttiest of friends say, "no!" I, too felt the initial liberation you mentioned but it was over after the first 10 minutes! I want the smart and hawt version of titillation and it will take a true film maker not a hollywood hit maker, not strippers/actors that can't dance or act and not teen vampires.

Enjoyed your bit on all things Princess! I am happy to relate...I often feel alone on this topic! It's a battle I feel I'm constantly fighting. G has recently turned 4 & I work really hard to counter all of the Princess exposure. Sure, I let her dress up & have a movie & a doll or two...but that's b/c someone has given them to her & she seems to like them. She probably gets tired of me saying, "Yes, you do look beautiful today, but you are beautiful no matter what!" (Clothes, hair, etc. don't make a person) An uphill battle w/ that, but I feel it's so important to make sure our daughters grow to be balanced, confident women! Thanks for sharing. :)

Hi Casey! I agree! There is a lovely undercurrent of women's empowerment in the world right now, and I'm all about it! Yes, it is showing up in mainstream pop culture like Magic Mike and Fifty Shades- and, like you, I could care less if they are not the highest quality in film and literature, they're fun! And most of us amazing multitasking, homemaking, and business blogging ladies could sure as hell use a bit more fun in our lives. But its not just showing up in in the form of steamy literotica and eye candy at the theater, though, again thank god for that! Just check out the cover of the May issue of TIME magazine, and I quote, "The Richer Sex-Women Are Overtaking Men As America's Breadwinners, and Why That's Good For Everyone " As for the princesses... yeas, I think the whole princess thing can be pretty damaging not only for little girls, but for grown women. too. Check out Jennifer Harnstein's new book, Princess Recovery. Okay, gotta go now! Love you girl! P.S. I'm currently reading Seductress: Women Who Ravished the World and Their Lost Art of Love by Elizabeth Prioleau and Empowing Women by Louise Hay

- "Feminism" is not a bad word. I think most people who aren't assholes are feminists (men included). It doesn't mean you hate men; it means you think women should be equal. Nothing bad about that.

- Although I won't be reading Shades of Grey or seeing Magic Mike (I don't like crap writing or movies), it has nothing to do with feminism. I think it's great that there are options for all women. Feminism is all about choices. Men have choices; it's nice that women do too.

- Princesses! Been dealing with my feelings about princesses for 17 1/2 years. I never cared one bit about princesses but I gave birth to a princess. I never stopped her. She just likes dressing up and looking pretty. I did change the ending to all fairy tales from "they lived happily ever after" to "she went to college, found a career and then married an equal." Now that's exactly my princess's plan starting next year.

- I don't think liking any of this stuff negates being a feminist. I think everybody should feel free to be the kind of female (or male) that they want to be. I just happen to be the type of female that doesn't like things like Shades of Grey, Magic Mike or being a princess. And that's ok. :)

(btw, you do realize I didn't really post that FB status about Magic Mike, right? That was my husband playing around on my FB account, complete with 2 grammatical errors in 1 short status update. :D)

I love you, Kelly!