Clothes were laid out after a big talk on the patio last night.

Who would allow pictures on campus? 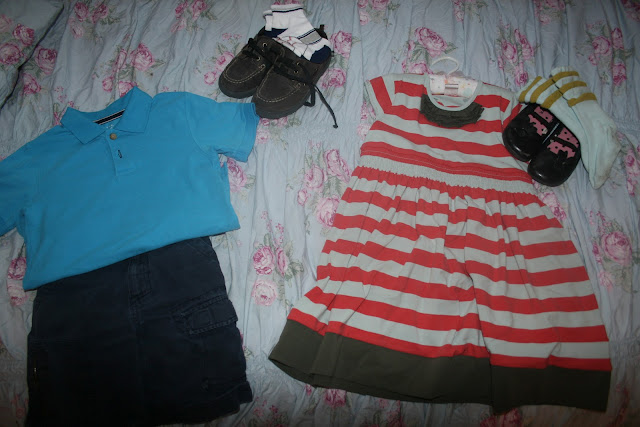 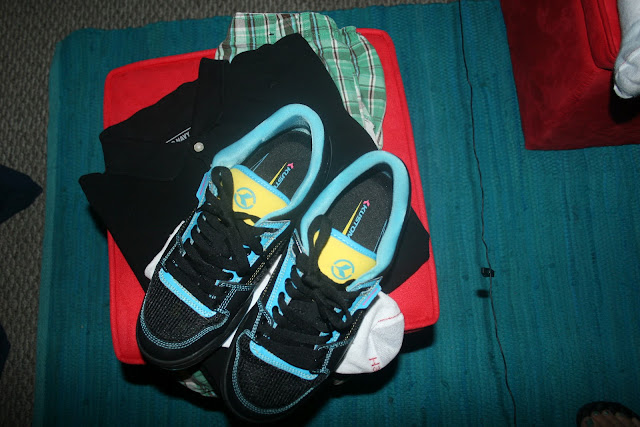 Jack and Lainey were up first.

Jack was agreeable, as always. 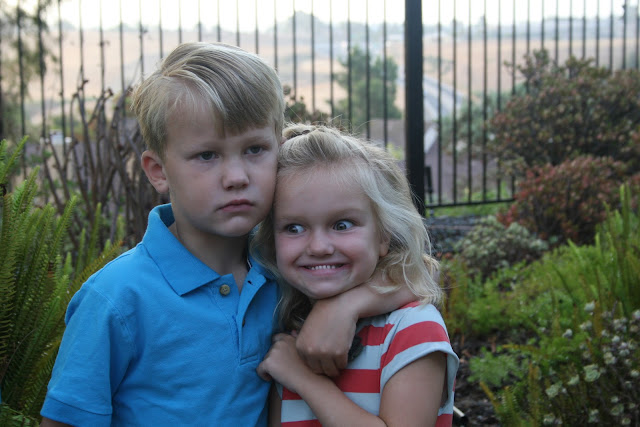 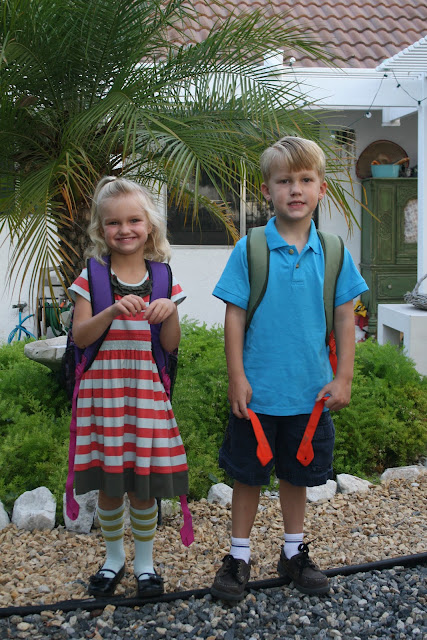 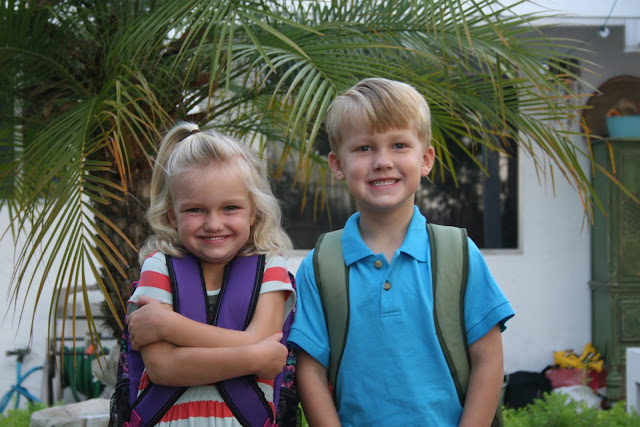 It was pretty exciting. 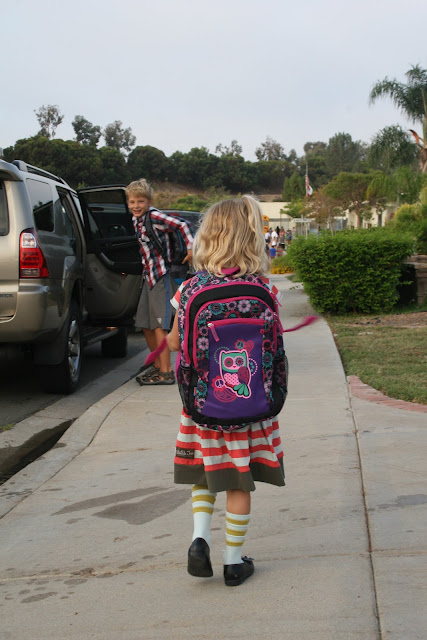 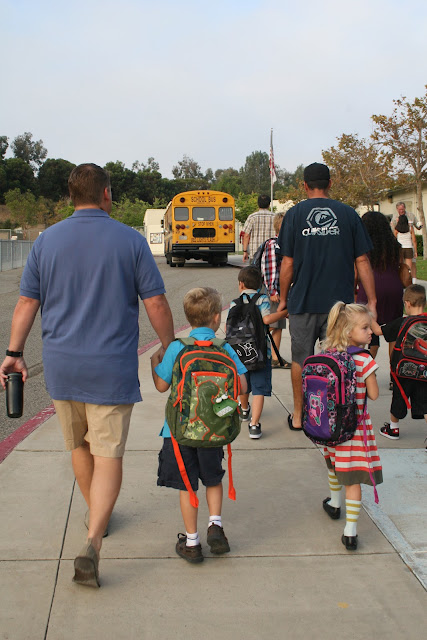 We checked out Kindergarten and then walked Jack to 1st grade. 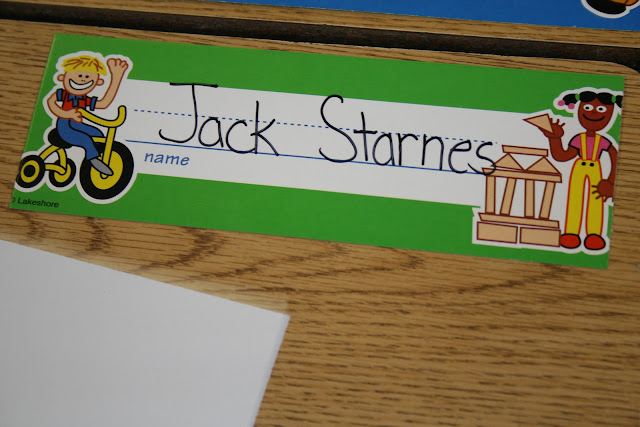 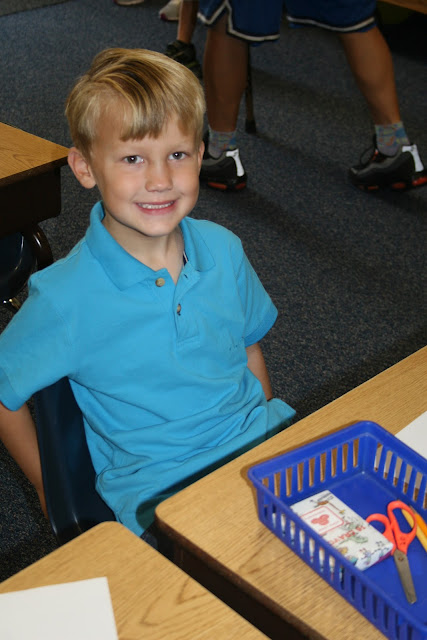 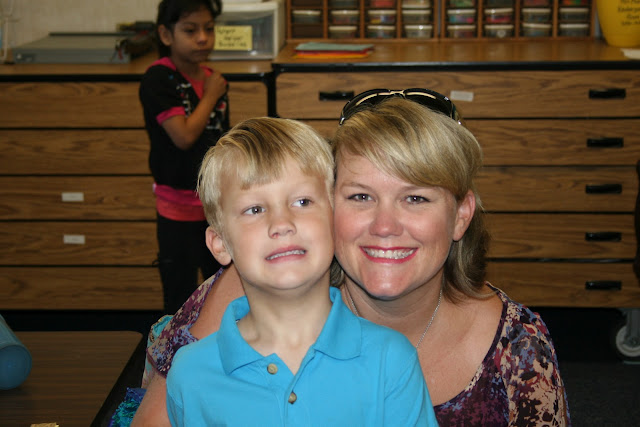 Back to Kindergarten to get Laine settled.

For the first time in Starnes history, one of our kids has a teacher that an older sibling had first.

I was that kid growing up.  I was always Chris's little sister.

And, to think I have 4 siblings younger than me who were Chris's, Casey's, Cody's, Caroline's, and Ceason's younger sibling!  Poor Colt.  Couldn't have been easy being the youngest of 6. 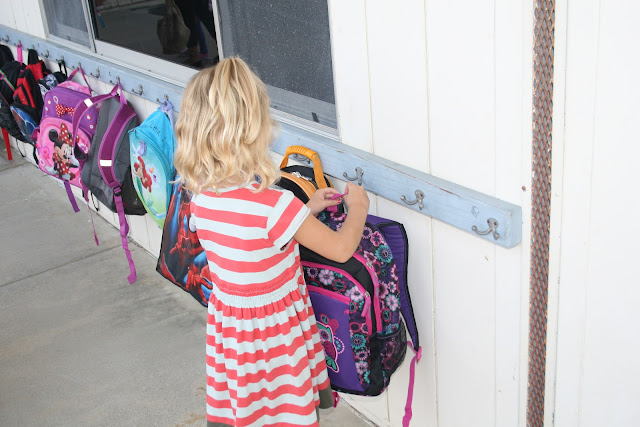 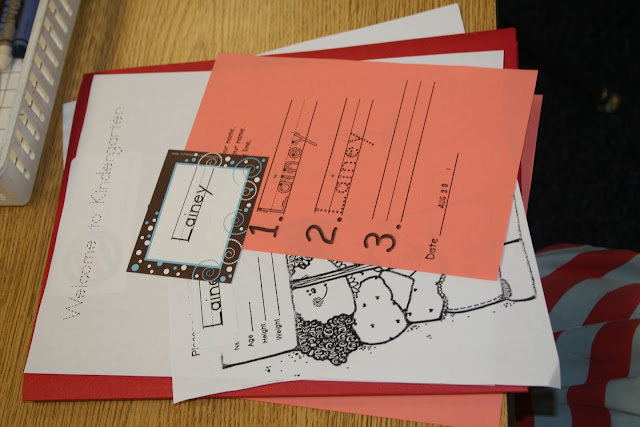 Lainey wasted no time getting settled. 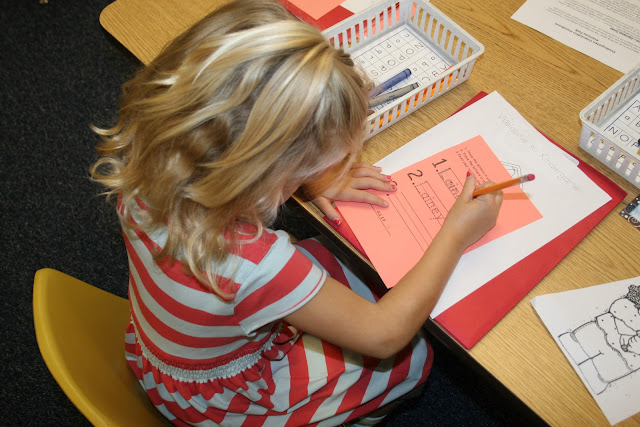 Just as Jack did last year, we took measurements.

We'll do it at the end of the year, too, to see how much they have grown. 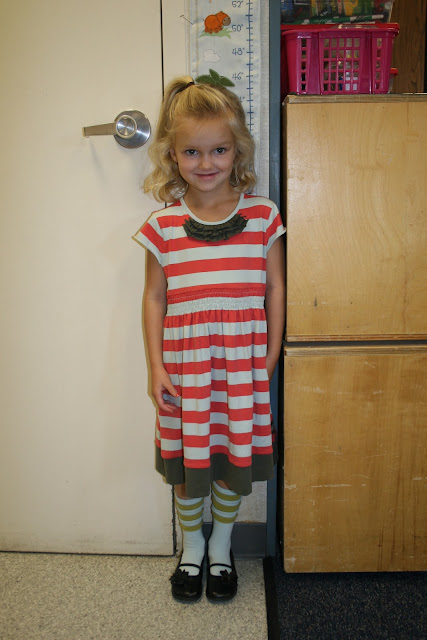 Blake took Lainey Caroline out to learn the playground rules. 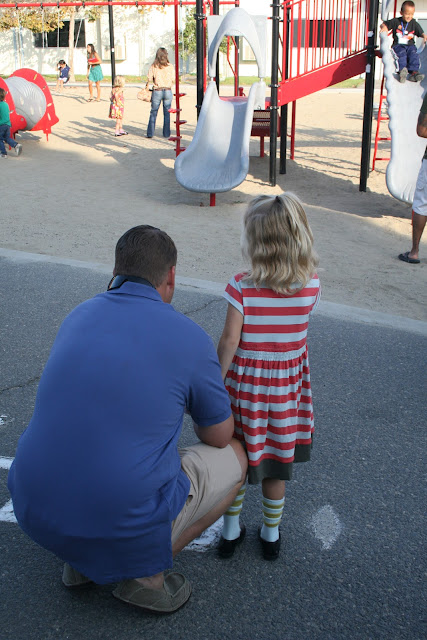 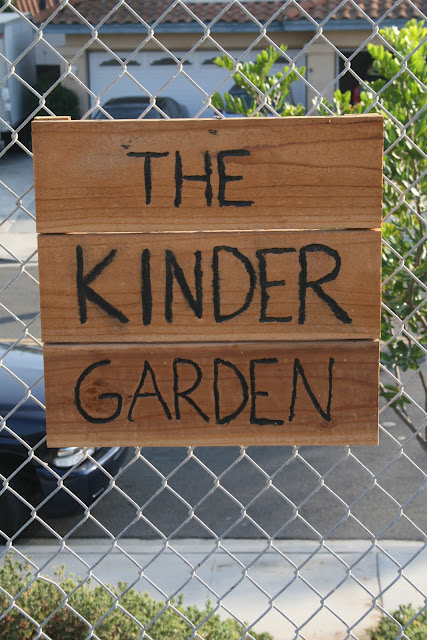 I stuck around to take pictures for the teacher of all the kids in two different poses.  This was one: 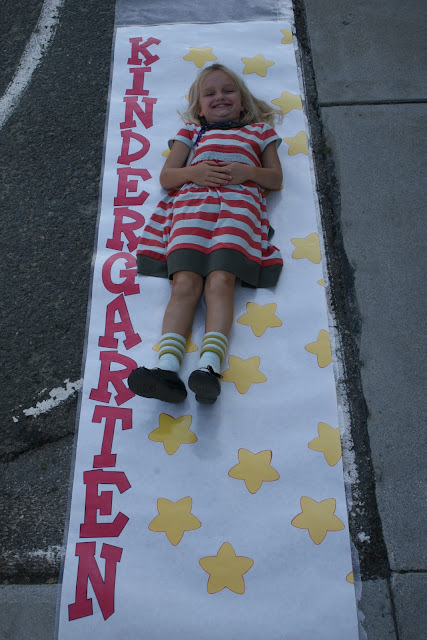 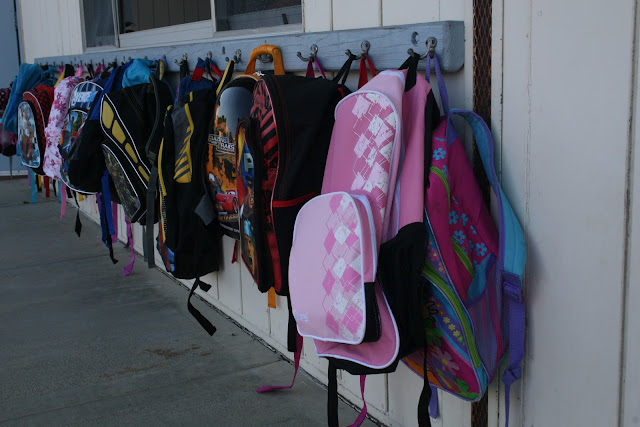 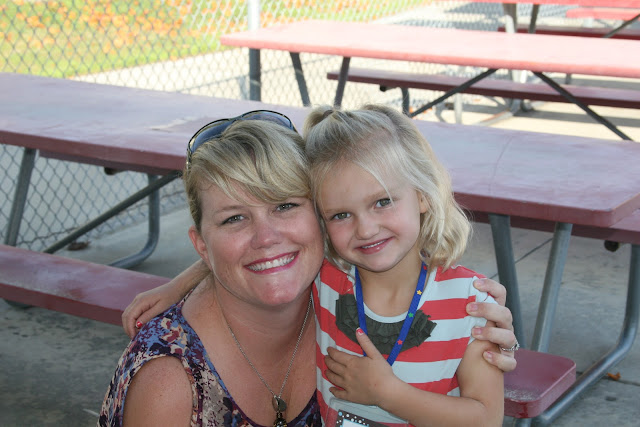 This was the other set of pics I took.

I ran to Walmart to develop them before I returned to pick up Lainey when her day was over.

I am a firm believer in sucking up volunteering at school to better my kids' reputation.

No, I'm kidding.  Kind of.  I really like this teacher. 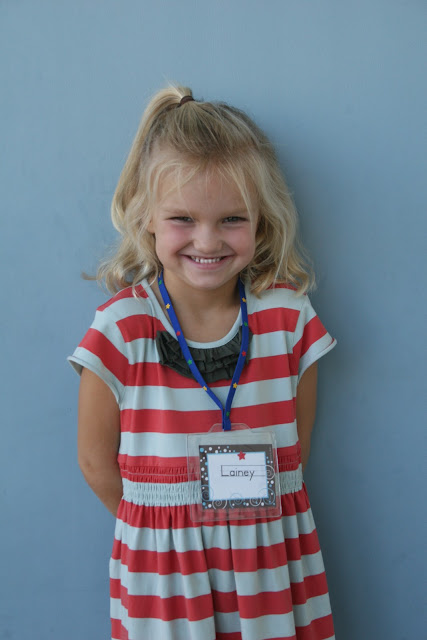 With both littles in place, we scooted over to the middle school to see Carter off.

I managed to slink back into some alley of sorts to get a picture taken with him.

I WILL do this until he graduates college high school.

Somehow, I will do it. 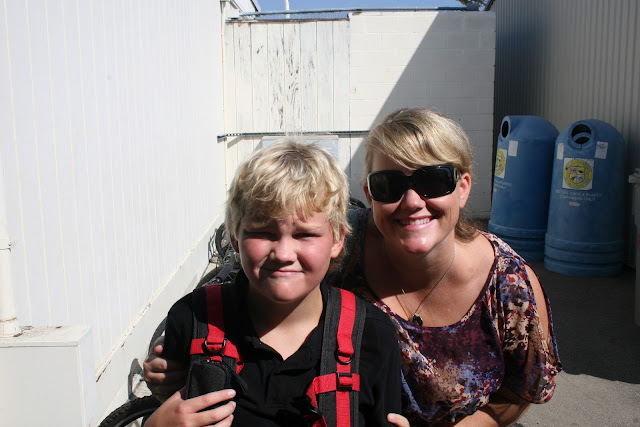 All three kids had fantastic days and Lainey has already completed 2 homework assignments. 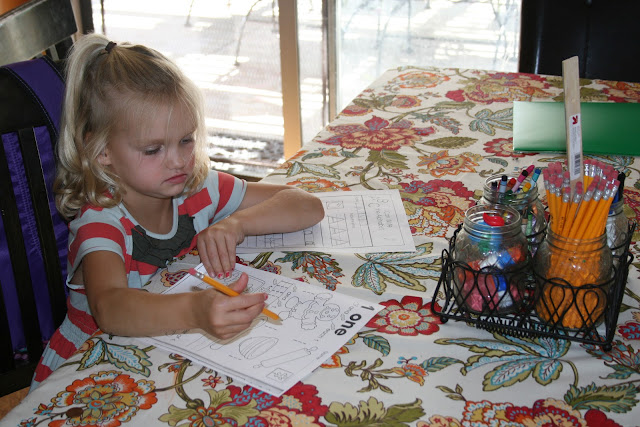 Hooray! I hope they each have a fantastic year! So, the big question is- what did you do all day?

What did I do all day? I drove kids from school to school to home to school, etc, etc. 3 kids on 3 different schedules. I'll be in my car until May if you need me. :)

It looks like everyone had a great day! Cute pictures!

Awwww. Carter. Such a cool kid. I'm laughing a bit at the "back alley" pic and you in your disguise, aka sunglasses. I bet their teachers completely appreciate you! I'm so happy Blake got to be there too. That's so nice. Happy first day of school, kids!

Aah how cool were they not on their first day (back). Looks like Lainey is going to do super especially if you keep sucking up to her teacher 

Love that picture with Carter!

That alley picture made me LOL! I bet he wasn't amused at.all!! Love the sucking up to teachers!!

Lainey looks like she was so excited for school. I am glad to see it's working out for her. I know you were nervous about it at first.

Happy first day of school! Love the pictures, you are such a fun mom.

cannot believe she is in kinder. wow.
So cute!
Don't even complain to me about 3 different schools and 3 different start and end times. suck it up.

Looks like a great day! I laughed at the back alley picture too :)

I didnt know your little brother was named Colt. Love it!

I cannot even imagine taking Quinn to kindergarten.
And I Love all your family C names. Totally not sucking up, but Casey and Caroline are my faves of them all.