After mass on Sunday, I took Carter to the Castle Rock Skatepark for a picnic and skating. We're taking full advantage of opportunities to get outside these days.

Although it seems as this point that 1/2 the year we will be covered in snow, Castle Rock boasts 300 days of sunshine a year. I do think that's true from what we've seen....it may be cold some days, but the sun is out!

We were hoping the park would be melted in some parts, but no luck there. Carter found places to skate, anyway. 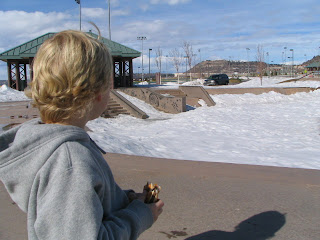 He sees tricks like this on TV and wants so badly to do the same. 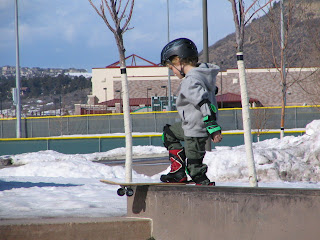 Such a cute boy. 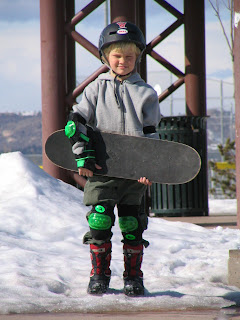 This is one thing I love about Carter. He got this skateboard for his 3rd birthday from Caroline and she gave him Finding Nemo stickers to put on it. He still uses it and has no problem with the stickers....although they're probably not as tough as the other boys'. 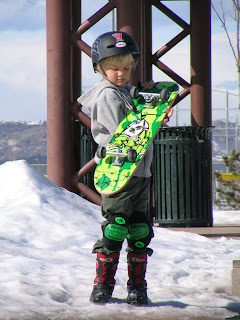 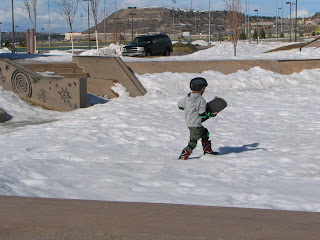 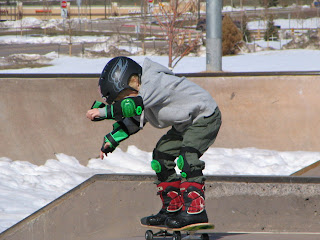 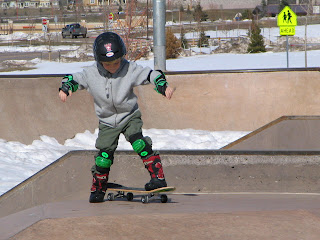 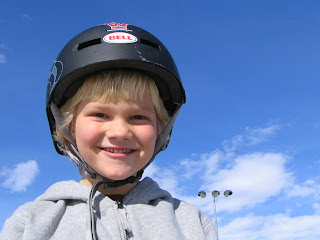 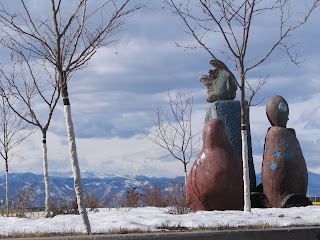