The end of summer is here and I'm feeling the itch to work on some house projects.

The boys' room is in transition........bunkbed/loft system has been dismantled and we're waiting on their new set up.  Should be about a week.....until then, the boys are loving sleeping on mattresses on the ground.  It's actually the perfect time for this since the temps have been so high.  They're spread out, nice and cool!

I also started a photo collage in our kitchen.  We almost never eat in here.......hence, the table pushed against the wall.....instead, it's a family-center of sorts.....for homework, backpacks, dance clothes and all the little extras that land there during the day.

(That mom cleans off eventually, of course.)

I like the start....and we'll add to it.  It's a mix of canvas, framed pics and Subway art. 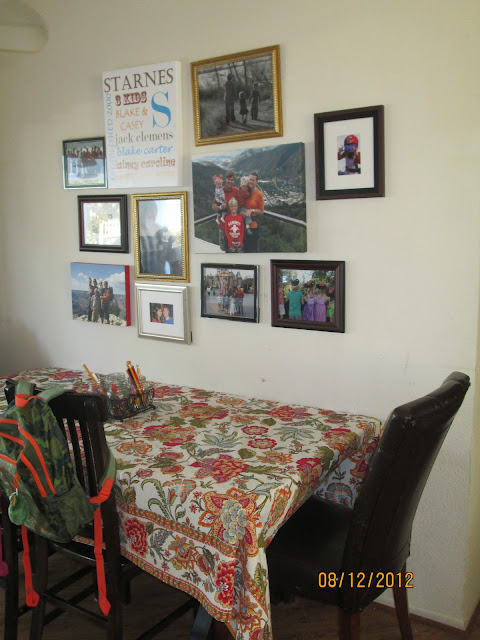 We have 3 backpacks hanging on chairs this year since we'll have 3 school age children.  Plan B was put into place recently, with Lainey starting Kindergarten this fall.  The state of California says she's old enough.  I say she's not.  So, we'll start her under the condition that I can hold her back and have her repeat Kindergarten next year.

We certainly could change our minds during the year and have her proceed to 1st grade, but I'm doubtful at this point.  Regardless, she will start with her brothers soon enough and I'm still trying to process all of this.......but feel good about our choices.

And, speaking of Lainey......our jewelry party was a ton of fun last week.

Lainey was in charge of pictures.

As always, our friend's backyard was an amazing tropical paradise.  I can't believe all that she does back there. 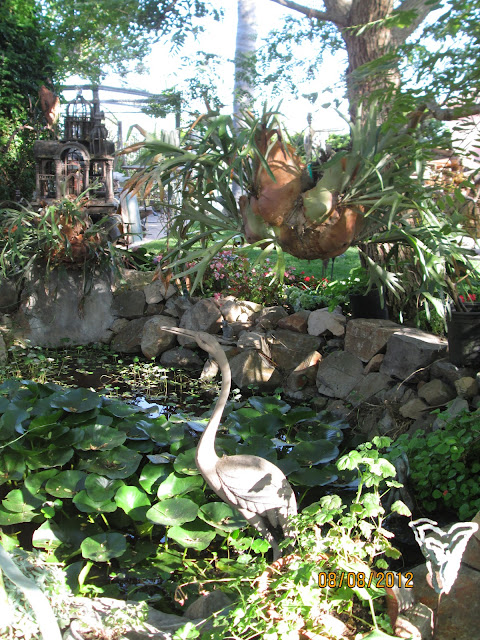 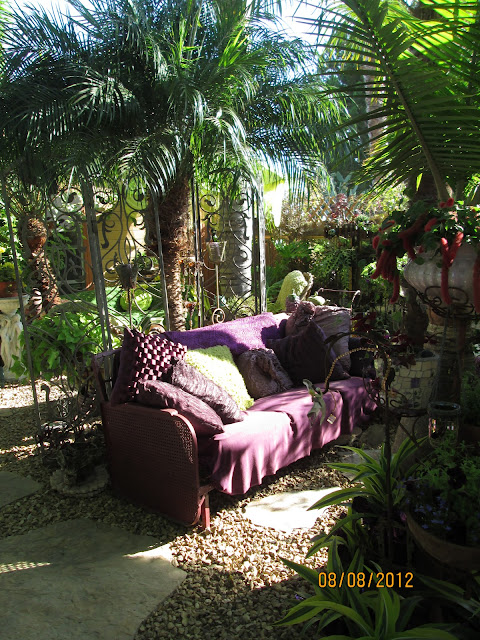 And, our camera girl isn't the least bit shy when it comes to self-portraits. 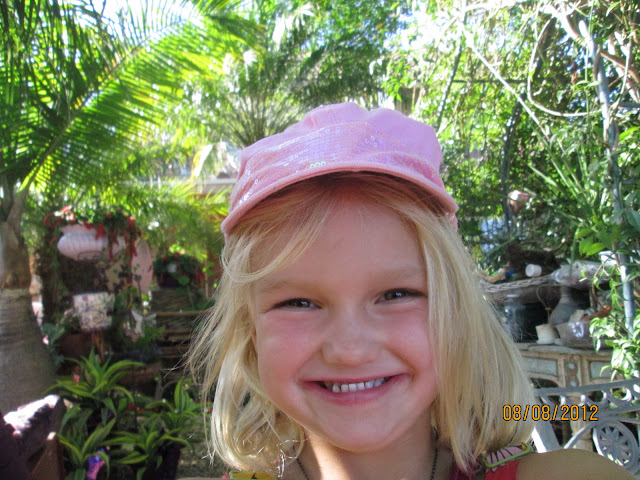 Lucky for her, there was some play jewelry, too. 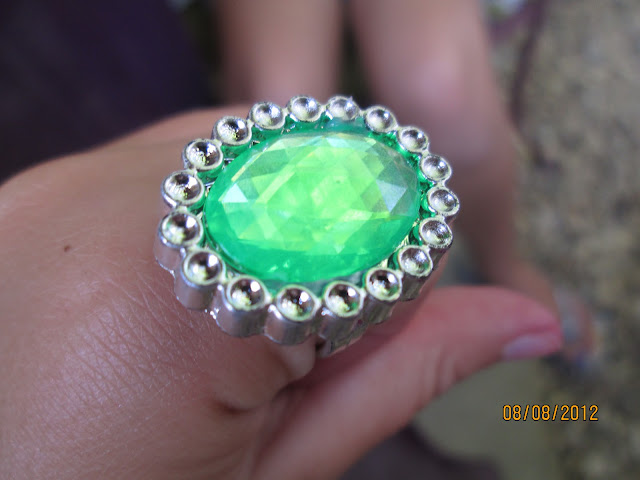 Our Middle Schooler is registered and ready for 6th grade.  He got his schedule and it's a good one.  So fun to see all that is ahead for our oldest.  His school has amazing clubs and after-school activities, including a surf team!  Carter says he'll try out in 7th grade, after he works on football and other sports this year.  Plenty of time for everything. 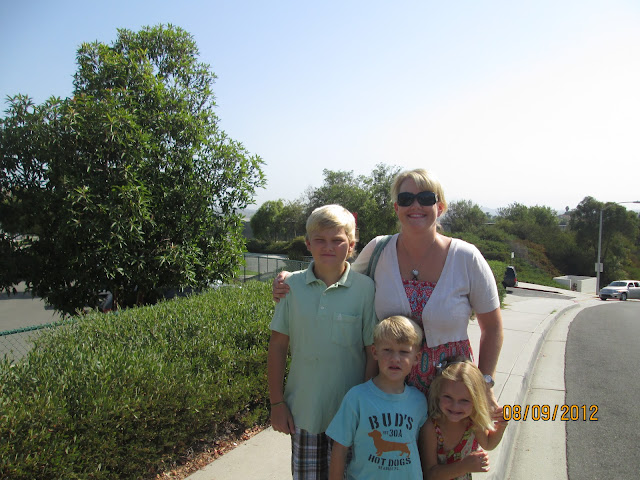 Blake has expressly forbid me to bring cameras on campus, wear tights or knee high socks, or embarrass Carter in anyway now that he's in Middle School.

Which means Jack and Lainey are next!﻿

﻿
I've been a reading lunatic this year.  I think I have about 30 books already finished, which is usually what I achieve by the end of the year.  Not sure what has gotten into me.

Gone Girl is my latest.  By the same author of Sharp Objects, which I read a while ago.  Heard it's good...enjoying it so far. 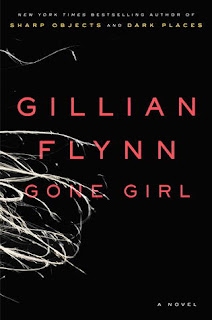 LOVED this next one....given to me by my sweet friend, Jillian,...This is Where I Leave You.  About a dysfunctional family forced to sit shiva after their father's passing.  So many random, crazy things happen when these 4 siblings are stuck in one house together, obligated to talk and recall childhood memories and analyze how each other has turned out in their adult lives.  Highly recommend. 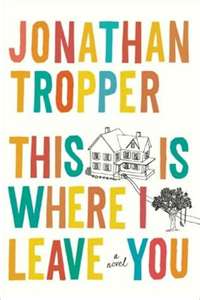 The Seamstress was also excellent.  Set in 1920's and 1930's Brazil, two sisters are separated during the revolution.  Each takes on a very different life from the other.  Fascinating. 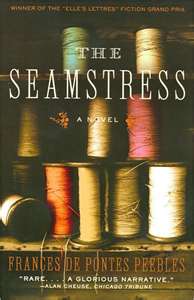 Like the Fifty Shades of Grey series?  This is the next round,  it seems.  Bared to You.  I honestly could not believe the blatant similarities, and this one - pause for effect - is even more graphic.

Total crap.  But, yes, I will likely read the sequels.

Just like movies, I have no standards with books.  I prefer a better grade of writing, but sometimes it's nice to just sit back with a no-brainer.

Any recommendations?  I am up for anything.

Back-to-School Night for the little ones this week.

Lainey is a bit nervous, but will bring her Justin Beaver lunch bag for moral support, I'm sure.

Although, since we have a Mormon and a Catholic here, Allison and I got to thinking that we might just have a future in politics since we're of the same religions.

Of course, we'll have to do a ton of lying and hiding and denying due to my wild college years, but isn't that the very basis of politics, really?

I think we're on to something.
﻿

Can't believe we're starting up a school year without each other! ): We could have had Rylee and Laine in the same class. Sigh.
I love your new photo collage. And I just might have teared up a little bit seeing that the picture of our kiddos sporting their Mickey/Minnie hats was included.
It occurred to me last night that I made a *big* mistake on my script for our ad campaign...Laine's line should have been "When you vote for us, you'll all get a free ticket to a Justin BEAVER Concert!" Luckily, we still have 4 years to work out the kinks on our campaign strategy.
Miss you always!

Hope all of your kids have a great school year! Hope Lainey enjoys going to Kindergarten.

while i like them, every time i read it "moron and catholic"!!! get a larger font friend. so creakingly jealous that all your kids will be in school. i'm thinking of checking myself into the hospital for some BS surgery with the longest recovery time possible just to get a breather.

I LOVE your photo collage wall...I think you should add this service to many available through MLS. I am thinking of hiring you right now!

Kate, I can help you!

1 - Where did you get Jack and Carter's bunk that you got rid of. I love it and am now looking for something similar for Colt's new room we are doing in prep for the new baby.

2 - I love your subway art. I will have to order some when we ever decide on a name for baby 3!