Tuesday night brought pumpkin carving and fun out on the front porch. Well, actually both kids were pretty crabby, but we all managed to have a good time despite their moodiness. 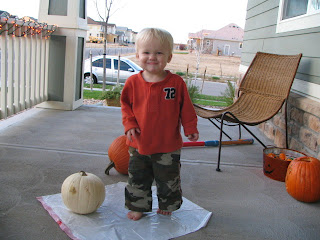 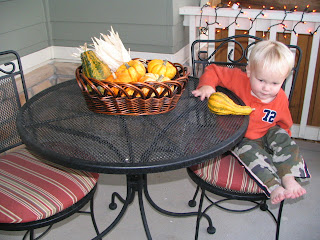 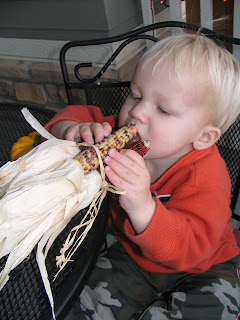 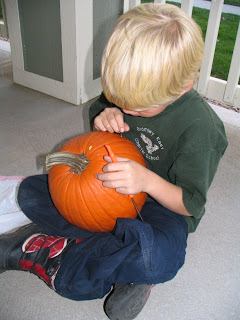 "Hi!" We hear this from Jack dozens of times each day. He loves to greet people. 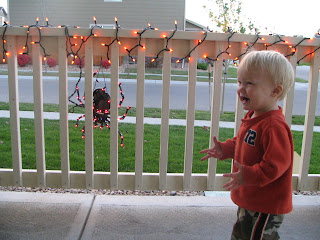 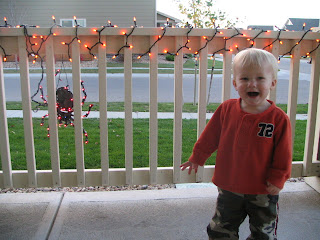 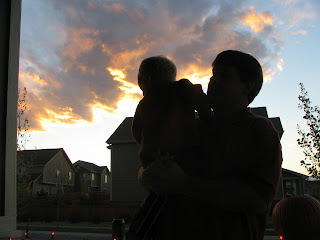 This is the first year Carter actually participated in digging out the pumpkin goop. He has refused, since birth, to help because he was grossed out by it. 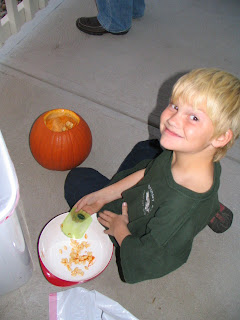 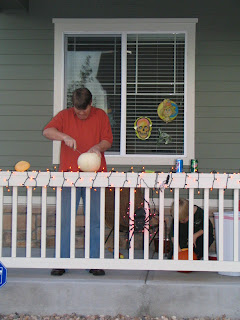 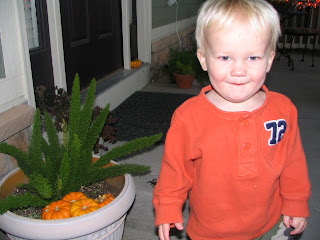 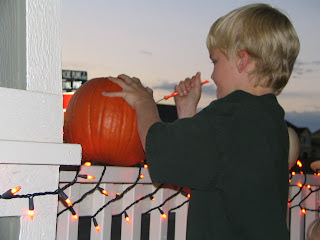 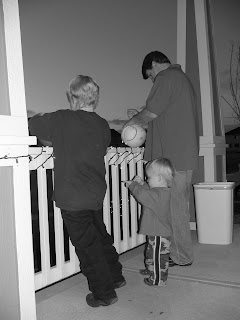 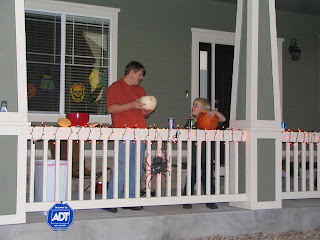 Jack got restless, so we walked a bit. 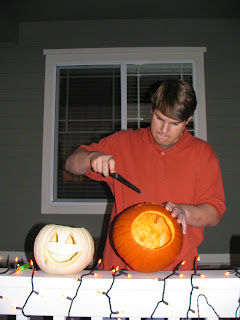 Carter and his creation. 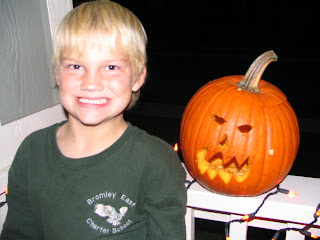 Mom's pumpkin. "Not at all scary and pretty lame" according to Carter. 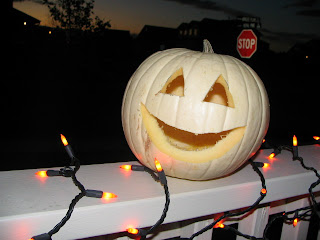 Our attempt at a picture of both boys with the pumpkins. I told Blake that it will be years from now before we see any nicely posed pictures of the kids. Jack is just too nutty right now and Lainey will be next! 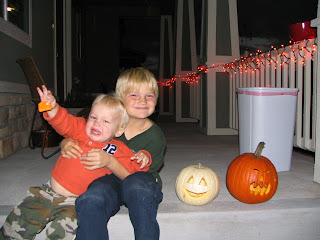 Afterwards, we went inside to roast the pumpkin seeds. They're delicious!!! If you've never tried it, you should. Clean the membranes and goop off....rinse with water....put them on a cookie sheet and brush with melted butter....sprinkle with kosher salt...cook at 320 degrees for 20 minutes....sprinkle again with salt. Enjoy!

After the pumpkin seeds, we sat the boys down to watch "It's The Great Pumpkin, Charlie Brown". We have it on VHS, but Blake and I talked about how much we loved it as kids....watching it before VHS and DVD's.....with commercials (gasp!).....and so we did it with the kids. They didn't really understand our motives or the nostalgia, but Blake and I did!