Such a big day tomorrow for our family....our oldest son's First Communion. For me, it was my most memorable sacrament as a child in the Catholic Church. Hoping Carter agrees.

A couple of weeks ago, Carter and I attended a church retreat where we prepared more for what awaits him tomorrow.

Here he is taking the communion wafer (not blessed by a priest, so only for practice). Before this, we acted out several bible verses, hence the teachers in costume. 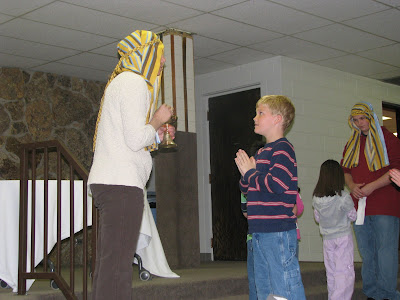 Time for the wine....Carter was totally grossed out by it. 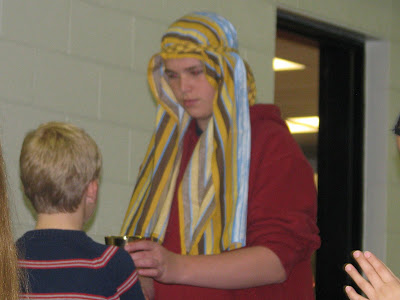 Deacon Bill talking to the children. 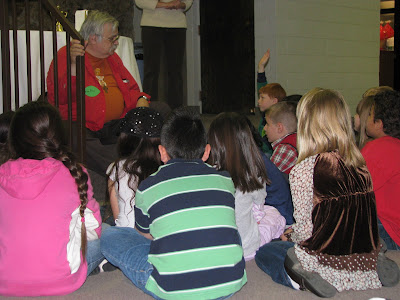 Another event.....Carter is being anointed by Jesus here (in the green and blue rugby shirt, naturally). 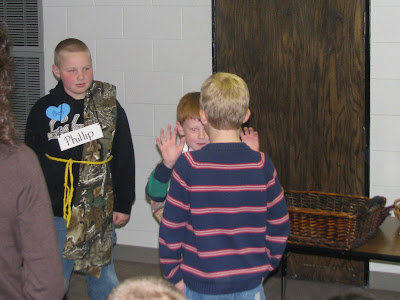 Working on his Communion banner. 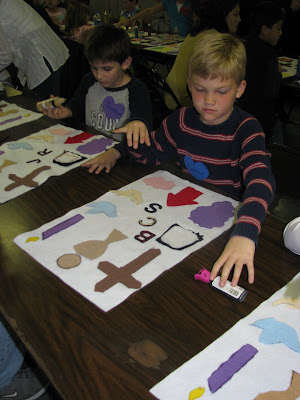 Carter and Deacon Bill have such a special bond. We will miss him so much! When picking him up each Wednesday night after Religious Education, he would be outside chatting away with the Deacon. At first, my insecurities took over and I feared he had been disruptive in class or something of the sort. Turns out, Carter was congratulating him on a good sermon or a memorable lesson in class. The confidence of this child......praising the Deacon.....he amazes me! 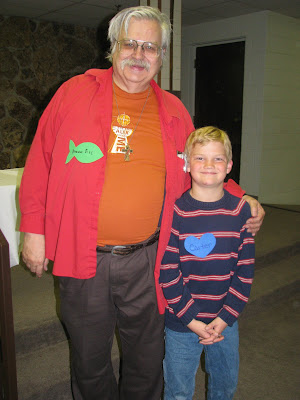 And, another special one.....Mr. Sanchez, his classroom teacher. Jack and Lainey painted a keepsake box for Carter a few days after our retreat. Here they are before the paint project got started....in their darling new aprons I bought from Polka Dot Dreams, a friend of mine's business. Such cute stuff and great prices. These darling aprons were only $13 a piece. Carter has one, too. 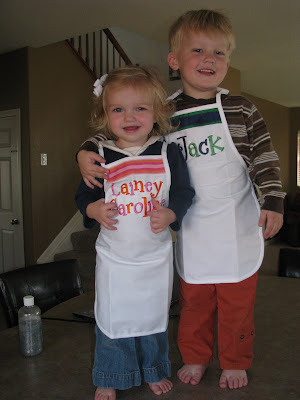 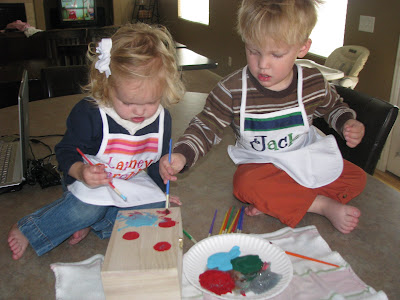 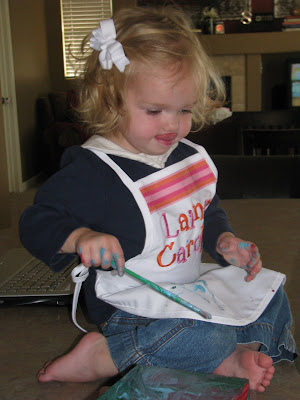 Carter will stash several items in here.....his watches and his rosary.....a St. Christopher and a lovely engraved First Communion necklace on its way from Caroline. 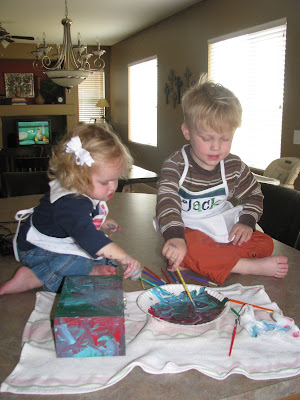 Email ThisBlogThis!Share to TwitterShare to FacebookShare to Pinterest
Labels: Church

Congrats to Carter. I remember how special First Communion was in my family. =)

Congrats to Carter... I love the aprons.. very cute pictures!

oh!!! I love the pics of them in their aprons!!! too cute! Congratulations to Carter. Praying for your trip to KC. Can't wait to see pics of the new digs! Thanks for the Polka Dot Dreams advertisement! :)

Congrats to Carter! We went to one of Haylee's friend's First Communion this past weekend and have another one to go to this Saturday. Was very nice! I've never attended one of those before.

Love the aprons on the little ones. And, you always think of the most special gifts for your kids!

Hope it went well and he had a fun day!!! Congats!

Oh wow! So much prep for 1st communion! Wow! This all looks so exciting. Adorable aprons! They are so precious making a gift for big brother!
Such a sweet story about Carter having big boy conversations!