A Day At Fossil Rim

Shannon and I took a day trip out to Fossil Rim Wildlife Park in Glenrose, TX. What a fun day! I was prepared to have my car slimed and for animals to be jumping on the hood, but it was relatively calm....except for the giraffe encounter.

Here we go in regards to the giraffe.

The infamous giraffe....he looks so sweet and harmless here....casually standing and requesting food and then letting the car go by. 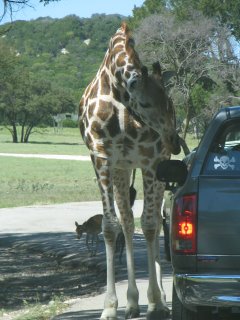 And, now he waits on us....as if we have to pay a toll to keep driving down the path. 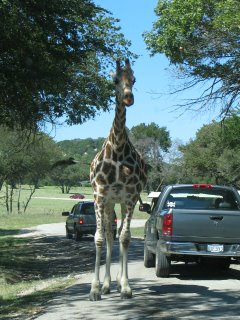 Feeding time. I'm sweating at this point...trying to keep my cool as the giraffe puts his freakishly long tongue inside our car to get a nibble. He kept coming back for more! Shannon was dying laughing, the boys were actually shocked into silence....and I sat there trying to appease the wild animal so that we could get the heck out of there!!!! 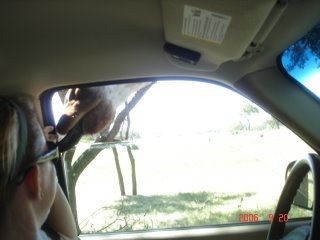 The giraffe finally takes a break - after several minutes, mind you - and pauses outside of the car. I quickly roll up the window and we sit there another 10 minutes because he would not move! I tried a few times to inch the car away, but with each move I made, his leg would oddly shake (though he was 6 inches from our car). However, I was sure that I would forever scar the kids if I maimed a wild animal during this event. We were patient...and he eventually scooted back and we drove out. Here he is at the window, refusing to budge. 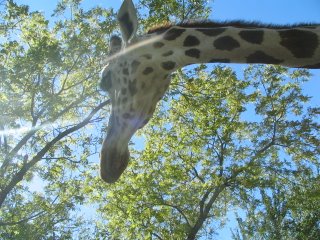 And, on to some more normal sightings. 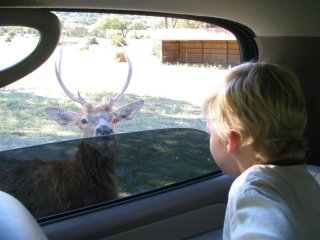 A couple of pictures of the beautiful wildlife. 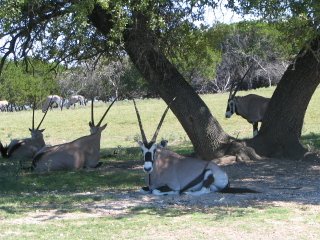 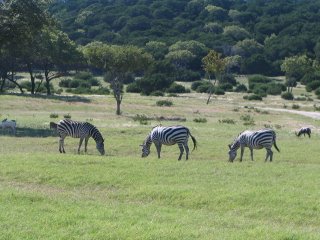 There is a petting zoo, cafe, gift shop, etc...half way through. 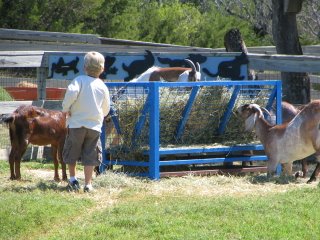 Carter brushing the tortoise. He looked about as comfortable with this favor as my parents' dogs do when we visit. 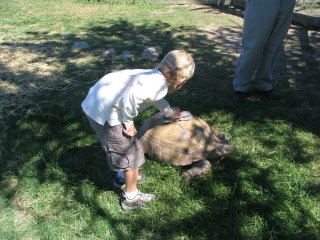 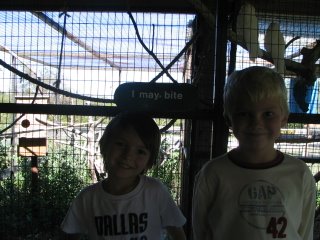 At the lookout by the cafe. It's beautiful out there! 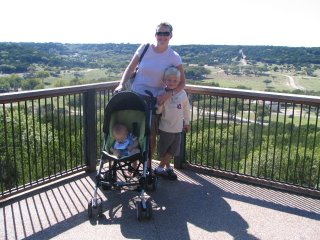 Shannon holding Jack. He was his typical content self, satisfied with watching the boys watch the animals. It's amazing how different children are. Carter entered the world wiggling and was never appeased sitting still. Jack, on the other hand, is so laid back and easy going. 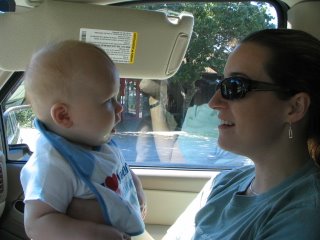 One thing we all agreed on...ostriches are scary!!! We avoided all contact and barely threw food at these guys. Here is one headed our way as we're on our way out of the park. 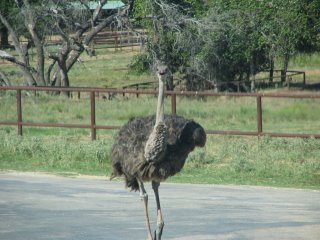 We passed by without incident, thankfully. 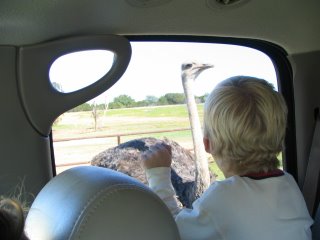 Overall, it was a ton of fun and we're grateful that Shannon and Blake joined us! I highly recommend making the trip out there. Fair warning, however...and sneaky Shannon failed to mention this to me....there are very steep hills, so be ready. As we approached the first, I start panicking and Shannon simply says, "Glad I'm not driving!" Thanks.

I'm not sure how you thought we were going to navigate those hills! :-P

Oh my gosh, how fun! I've ALWAYS wanted to do this! I'm jealous!

That was the most entertaining blog ever!