Before we caught our flight back to Colorado on Saturday, we went out to Northpark Mall to have our annual pictures taken with Santa. This is the same Santa Claus that saw Blake and I as kids....well, teenagers, as we were there with younger siblings. He's been doing it for almost 20 years and is the best there is! And, his fame has grown. You actually have to arrive early in the morning to get a ticket to come back and see him later in the day, after story time. Well worth it, though.

Click here to read more about our favorite Santa, Carl Anderson...a licensed psychologist, who also holds a PHD, is a professional story teller, etc. I think most might know him best as Santa Claus, however. 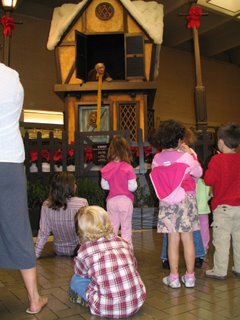 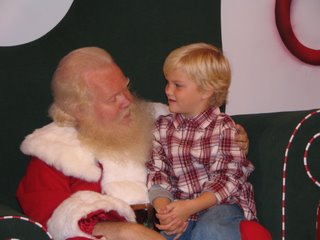 And, with Baby Jack. 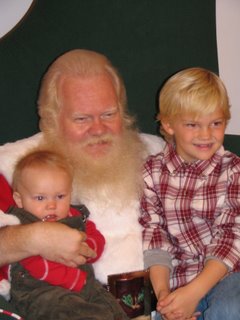 Trysten arrived a bit after our picture and told Santa he wanted some shoes for Christmas. Just kidding, of course....but upon leaving to meet us, Britney told Trysten to grab his shoes and get in the car.....and when they arrived, he had only 1. So, shortly after our Santa visit, Trysten got some new shoes! 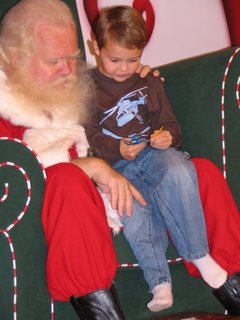 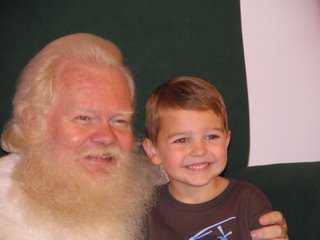 Pa and the grandkids. 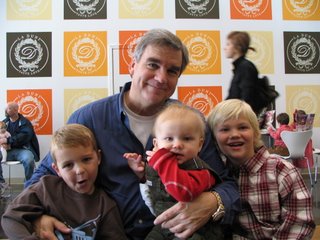 So accurately picturing the boys together. 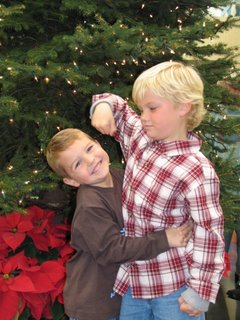 And, even more right on with Carter's sarcasm after I told him to be sweet. 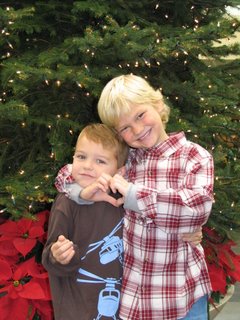 Beautiful decorations....."pecan Santa" which has also been there for over 20 years. 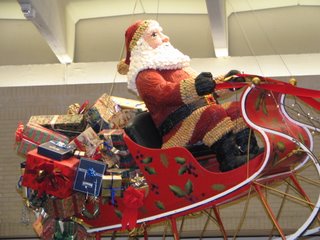 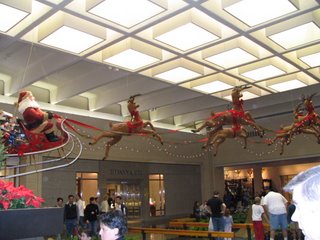