On Sunday, we all went to Six Flags Elitch Gardens in Denver. It's a cool park with a water park connected to it (open seasonally, of course). It doesn't have the same memory-filled feel that the one in Texas does, but hopefully we'll grow to love it as we did the last.

Everyone with their just purchased season passes....we'll be back! 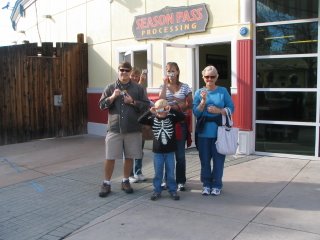 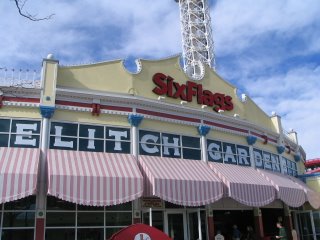 Jack playing around while everyone rode the ferris wheel. 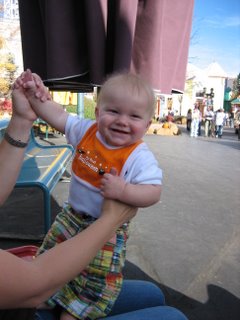 Close up of the baby boy, now 6 months old. 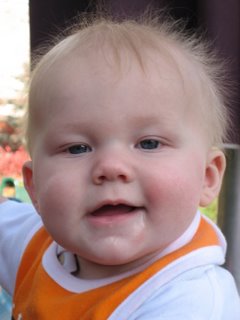 The fam with Carter visibly upset because we wouldn't ride the same few rides he liked over and over again. 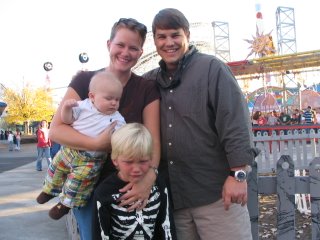 Even when he's upset, he seems to remain adorable. 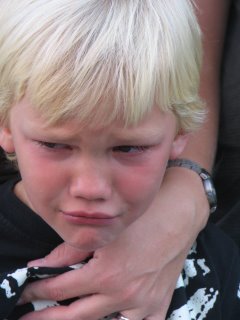 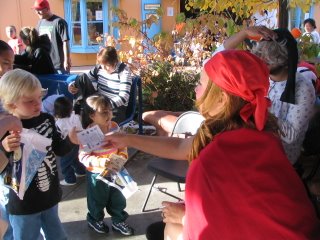 Blake rode this one! 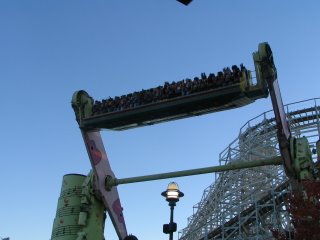 Carter and Caroline getting down at the dance machine. 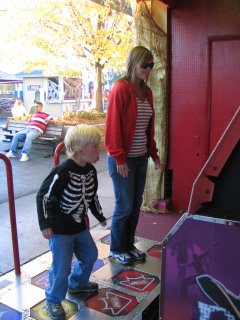 This park is very dark and weird during Fright Fest. We encountered this display on the way to ride Twister II, an old fashioned wooden roller coaster. 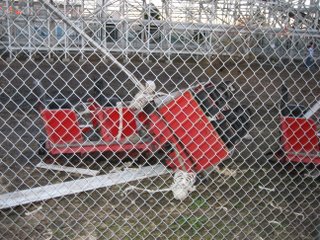 Caroline and me on the roller coaster and feeling as though we were about to end up like the skeleton display. It was old and rickety! 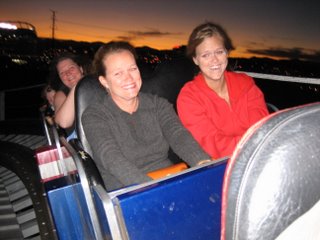 Crazy Blake and Caroline on the orbit ride that shoots them up into the sky. Neither of them look totally sure about what they're doing! 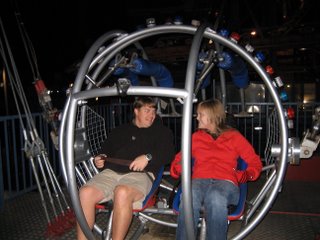 They made it through it, though. 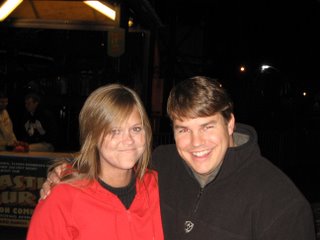 On our way out....baby Jack all bundled up. 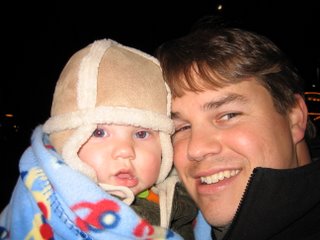 I can't believe Jack is 6 months old! He looks just like Carter!

I almost did that night. (Or rather, I almost barfed all over Blake).