Some observations of our very different lives here compared to the south.

We have tumble weeds. Lots of them. And, when the snow hits, they look like this: 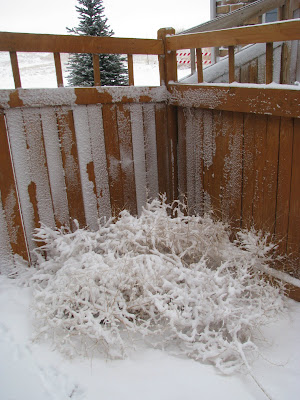 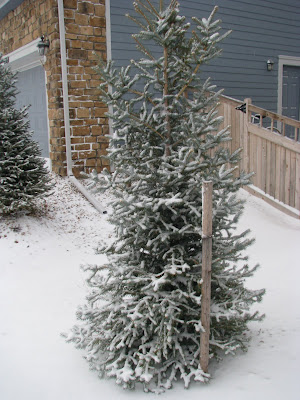 We shovel drive ways often. This is the cheater's version....and all that I'm capable of some mornings with 3 kids to wrangle out the door! 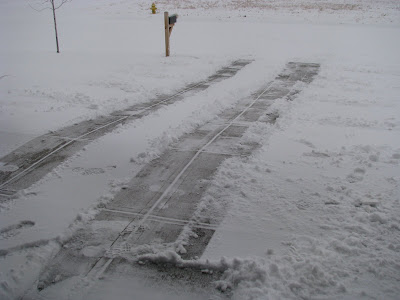 And, those kids.....those kids who have lived for 2.5 years in Colorado.....still LOVE the snow. It has not lost its magic. 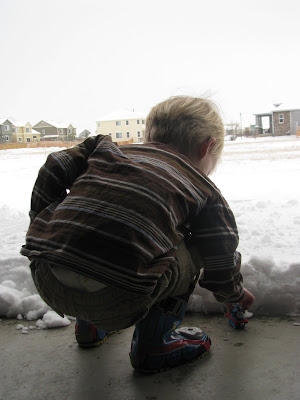 Coyotes and lots of other wildlife lurk in places you would not expect them. Took this photo on the way home from dropping Carter at school.....in a suburban neighborhood....on the side of the road. 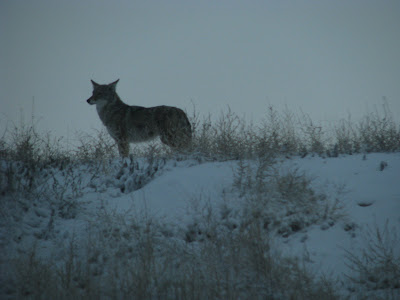 We didn't own a snow shovel until moving here. Think we've bought (and broken) a few since arriving! 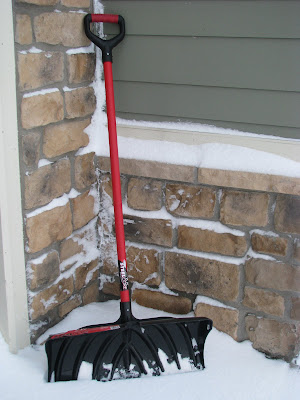 Mounds of dirty snow like this pile up in parking lots. The plows come through and push the snow out for people to park and it has to go somewhere.....so here it is.....until it melts. 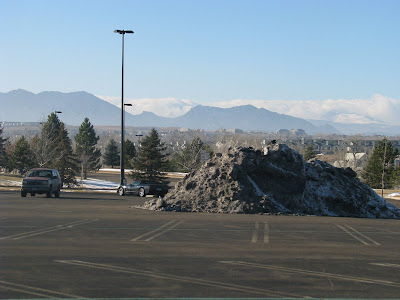 We have sleds. And actually use them. 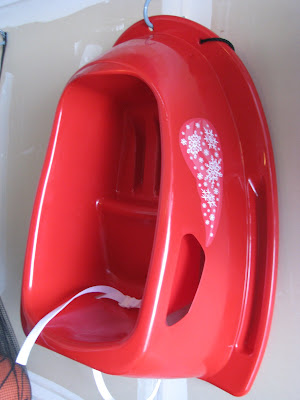 This is a fabulous old sled from my childhood. More suited for ice than snow. We'll likely get a lot of use out of it in KC! 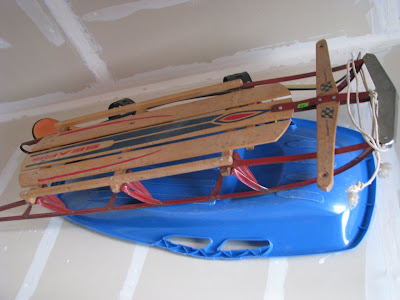 We own ski and snowboard gear instead of renting it. It takes up a lot of space! 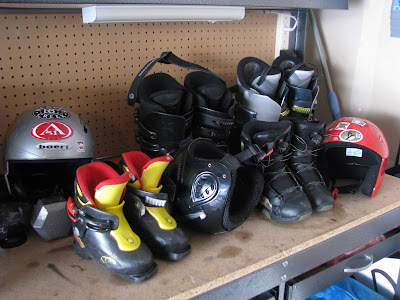 A snowman kit is a must. 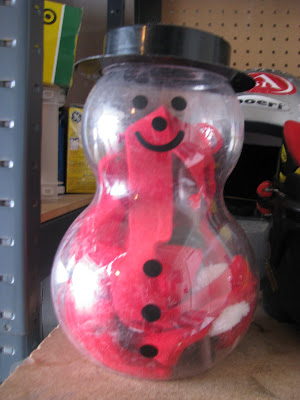 We wear snow boots for at least half the year and when not in use, they drain into pans like this. 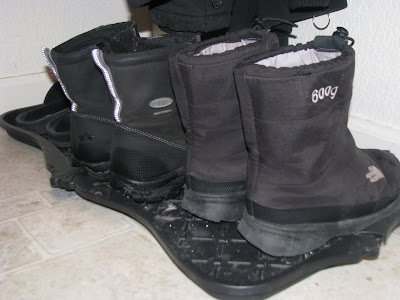 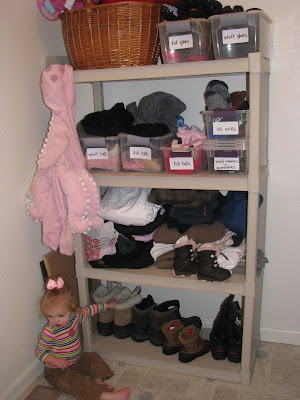 We have geese. Tons of geese. Look closely at this pic and you'll notice hundreds of them. 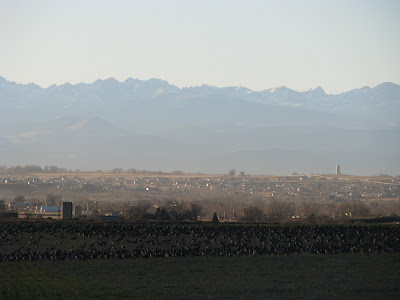 They rule the zoo. And, since they don't have their own exhibit, they invade others and pretend we're there to see them. 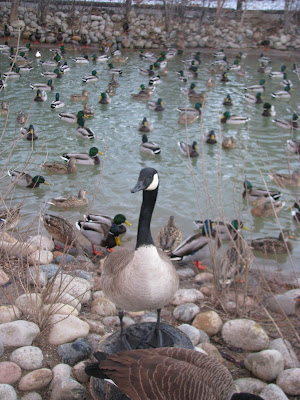 They fly in amazing patterns that fascinate me each time I see them. 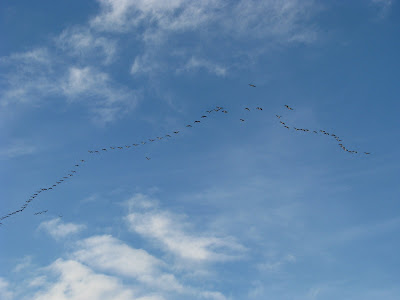 We have the most beautiful grass I've ever seen. Super soft. 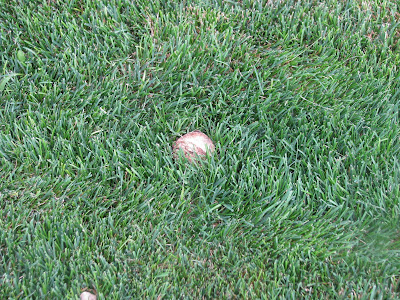 The quiet after a snow storm is lovely. 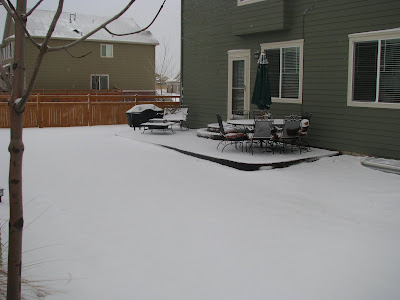 It makes our house look like it's quiet, too. Far from it inside. 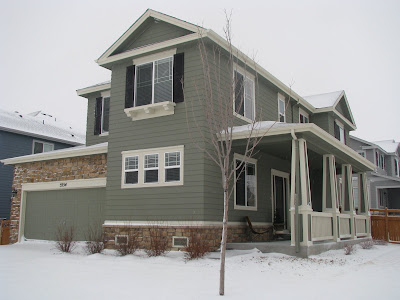 We have basements. I wonder how we ever lived without them. 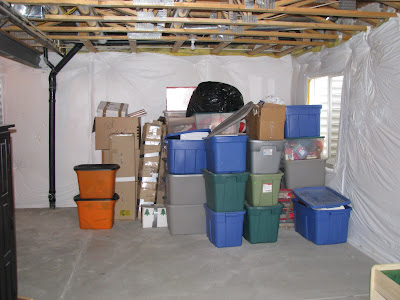 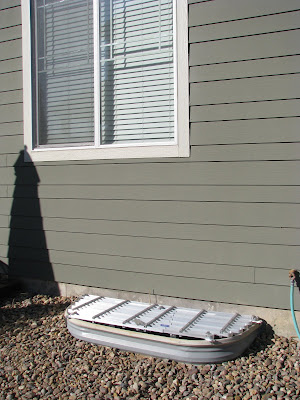 So, we pay a lot of money to cover those drops instead of letting our kids fall into them. And, you know my dopey kids would. 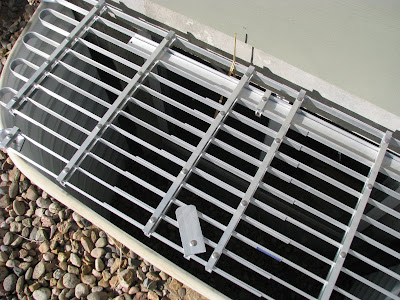 Driving in the mountains can be tricky. Runaway truck ramps are everywhere. Scary to think of not having them. 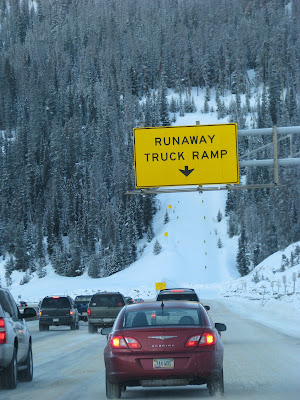 Finally, we have a fondness for carving hokey things out of wood. This, I could do without. 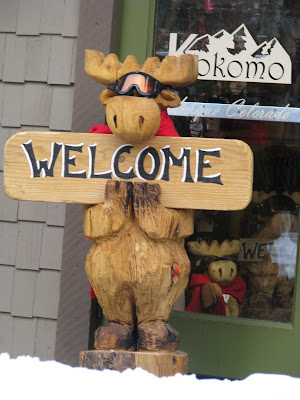 Most of these little nuggets of life will be present in Kansas, too....except the mountains, of course. Good thing we're not scared of a road trip!

Email ThisBlogThis!Share to TwitterShare to FacebookShare to Pinterest
Labels: Colorado

I love this post Casey!!! How fun to see how different it all is from our Texas world.

When in Colorade, those Runaway truck ramps creep me out. Ugh!

It's crazy to see the difference, I can't even imagine all that on a regular basis!

I would LOVE a basement! I remember Tommy Lance had one at his house! His Dad was a builder so he built the house with a basement!!!

Good post! I think snow will always be magic if you're a kid! I remember growing up in MN and LOVING it! Not sure I could handle that now.
Glad that you'll still have some of the stuff you love in KC!

This was so fun and interesting to read! I had no idea on a lot of this stuff! Fun!

I am so glad you posted this!! This is a side of life I have no clue about. Surfboards and wetsuits lined up in the garage... yes. Lawn chairs... yes. Leaf blowers... yes.

Skis! Snowman kits! Coyotes! How cool!! Thanks for posting!

And different from my Alabama world, too! We have a sled. It has NEVER been used. Maybe I can find a use for it that doesn't require snow...Hmmmmm...

I just saw in my e-mail that you wrote on my FB wall (can't access FB from work) ... I hope you are feeling better and the kids too! I just remember your postings about Jack referring to you as Case and as annoying as that may be to you (and would be to me with my kids) it sure is funny when you write about it! Keep up the good work!!

I love this post. I love all the pictures and keep going back to the one with the mountains in the background of the parking lot. It has been a very long time since I've been anywhere with mountains. The last time I was in CO I was 19! I wonder how you'll like KC. I guess that's the midwest right? My family lives in MI now and I love the summers up there, but the winters are only fun in small doses, I guess cause I'm not used to it. The last time we were there we had a blast sledding though!

This is a great post! Love it! This past winter, when it snowed, we had NO hats or gloves or anything that even fit our almost two year old. His sister, somehow, had some... No snow boots. Nothing. He wore his sister's tights under his pants to keep his legs warm. And we used my baking sheets as sleds! What can I say? We live in Georgia! Middle to South Ga... Snow is rare!

Ok, quite a few comments. So glad I can see original post as I write this:
-Awesome coyote pic. I still get a hoot out of seeing alligators in the water by the token booth here in FL.
-I miss sleigh riding up north but not shoveling snow.
My fav was the red.
-Lovely house
-Runaway truck ramps - saw them for the 1st time on a cross country trip and couldn't believe they even existed. Scary but good.