On Thursday, we went to the famous Water World park near Denver, Colorado. The Travel Channel rates this park as #7 in America. I think we'd agree! It's one of the nation's largest parks at 64 acres and the water is heated to accomodate Colorado's year round cold water.

The coolest thing about the park is the animatronic animals, mummies and dinosaurs inside the rides, mimicking Disney-like quality attractions. So, it's not just a park of slides....they're actual theme park rides....which make it all even more exciting.

One ride that I was able to ride was the Lost River of the Pharoahs which was slow-paced and included mummies and lava features. It was SO cool!

The fam outside the Calypso playground. 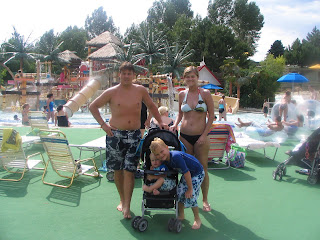 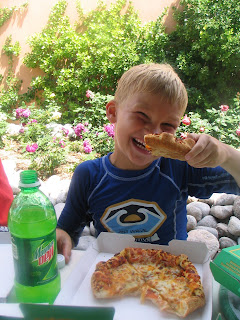 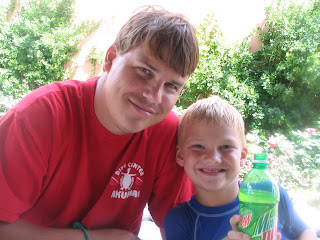 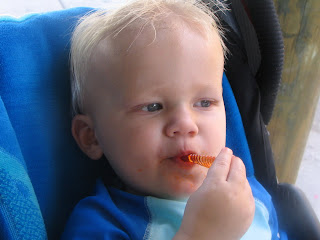 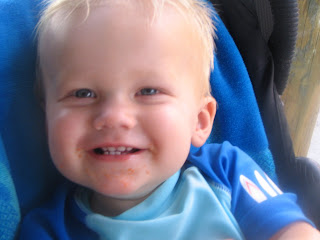 This wave pool shoots out one enormous wave every 10 minutes or so, rather than continuous waves throughout like most parks. 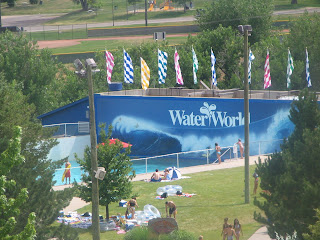 Carter and Blake waiting for the White Lightning. 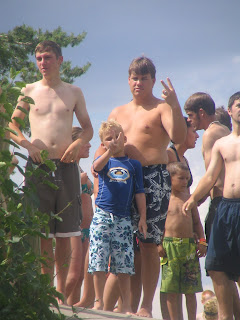 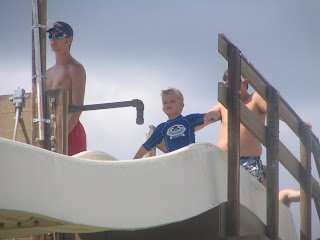 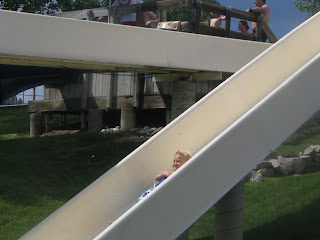 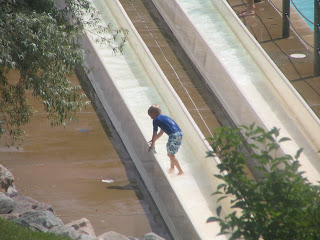 And, Blake, equally as excited. 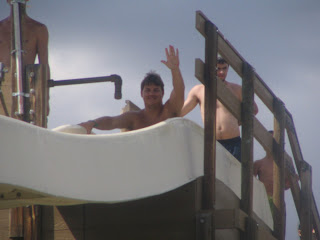 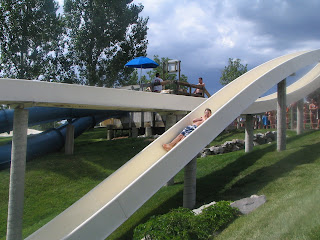 Caroline and I waited and watched several of the rides. 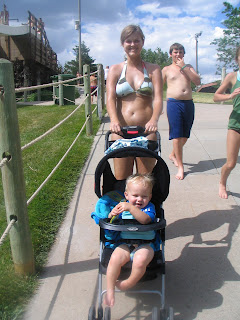 The only negative we saw about the park was the large hills . Clearly, they didn't phase Carter. 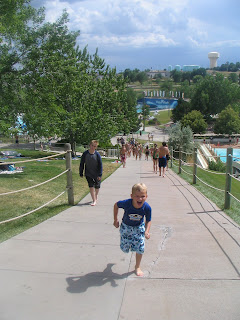 Jack venturing into his grade of pool. 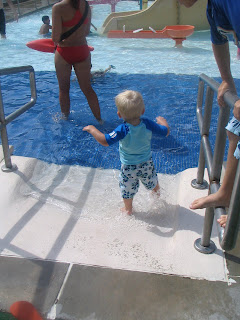 Carter helping Jack with a feature. 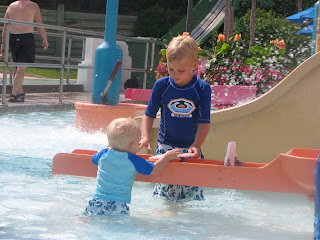 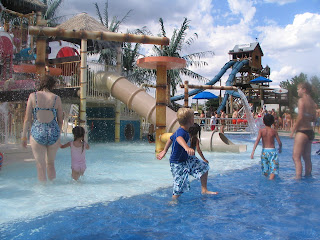 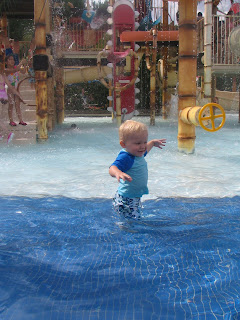 Blake and Carter in the pool after racing down the slide in the next picture. 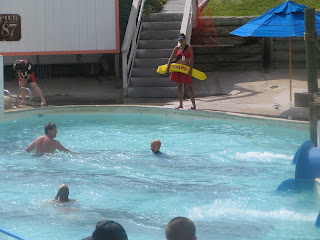 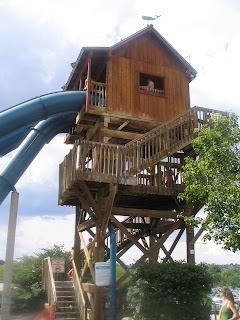 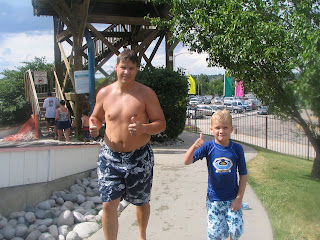 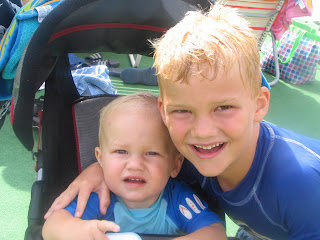 This was one of the best rides, according to the qualified participants (too bumpy for Mom and too scary for Jack). It's called Voyage to the Center of the Earth. 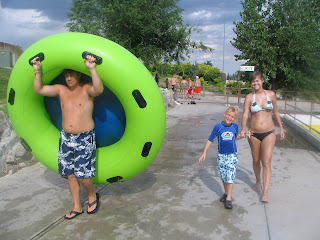 On their way out. 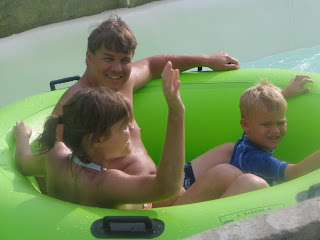 One last picture before we left. What a fun day! 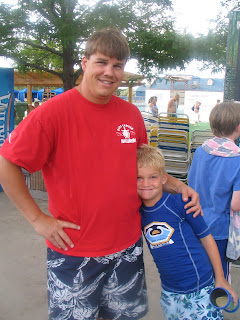