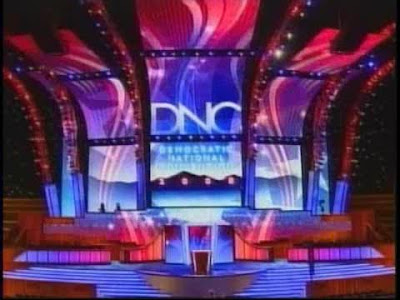 For the last several weeks, Denver has been turned upside down in preparation for the Democratic National Convention being held currently at the Pepsi Center.

Our first encounter was on Saturday night when we had the whole family loaded up ready for fun at Elitch's....only to arrive to find it had been closed for DNC guests. No warning - just closed! Blake flew to and from Kansas City today and said both airports were nightmares. Denver, because security was tight and beyond normal measures due to people arriving for the events. Kansas City, because Barack Obama was flying in to speak there this evening.

I had considered taking the kids into Denver to witness the events up close. It's history happening just 20 minutes away and I'd love to take part in it. However, after watching the news daily and seeing the protests, the unrest amongst Hillary fans, the swat teams being deployed. I think we are better suited to watch it safe at home.

Email ThisBlogThis!Share to TwitterShare to FacebookShare to Pinterest
Labels: News