Saturday included Carter's first tackle football game. It was longer than I had anticipated at 2.5 hours, but lots of fun. The little ones were tough to corral...so we're working on a solution for the rest of the season.

A picture before we left. Little brother had to scoot in for the shot. Carter never seems to mind. 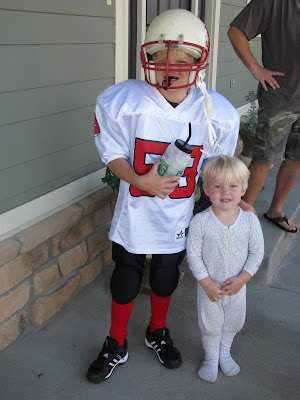 At the game....Jack throws his hands up randomly and shouts, "Woo Hoo!" 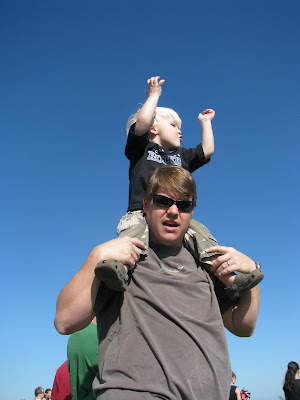 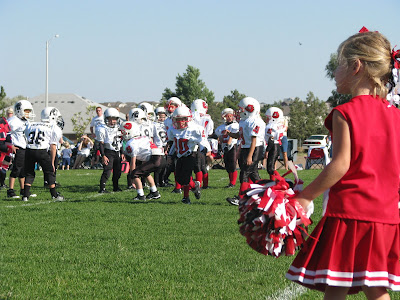 Getting a better look. 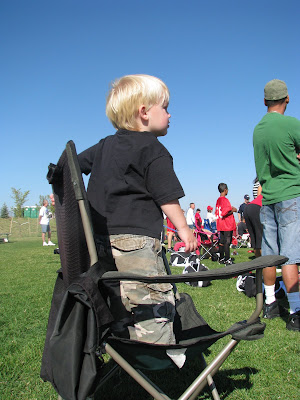 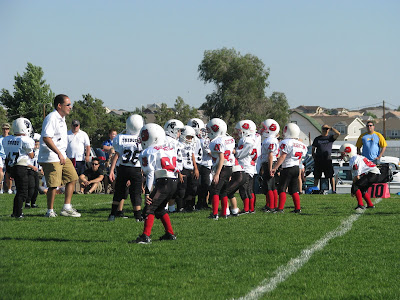 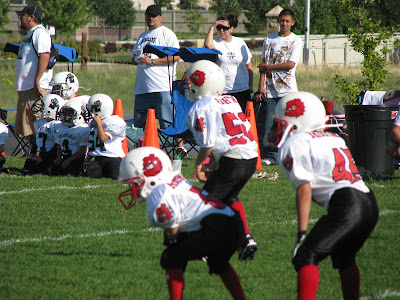 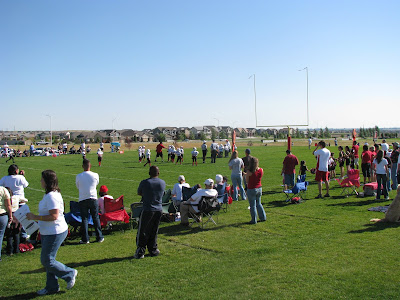 Looks like a pro here! He tackled one of the other team's best players, preventing a touch down. 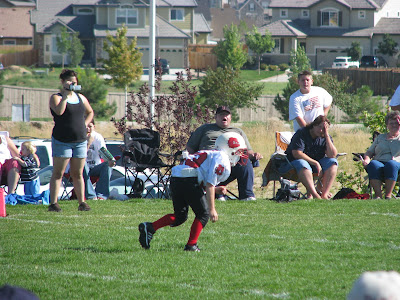 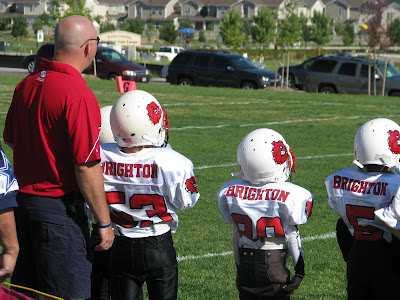 Lainey on our blanket, cheering brother on. Both of the little ones clapped and yelled each time the parents did. It was really cute. 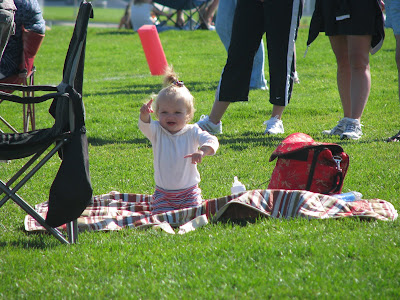 Lainey would crawl or walk off the blanket at any given opportunity. Here she is giggling at me trying to catch her. 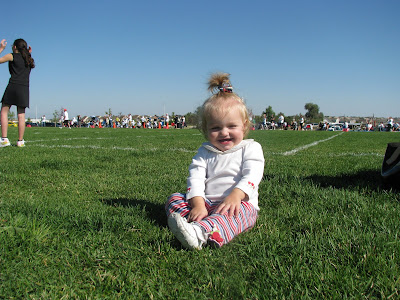 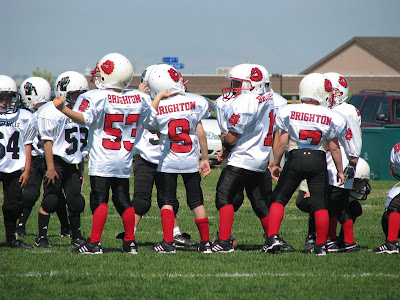 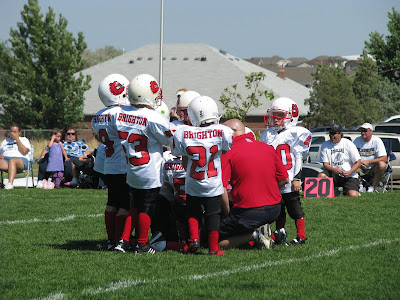 The bulldogs won by a couple of touchdowns. 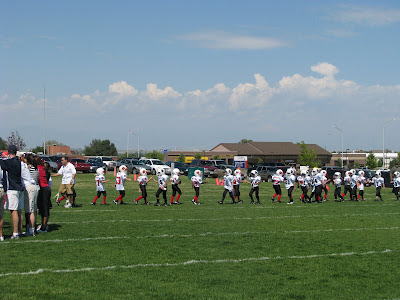 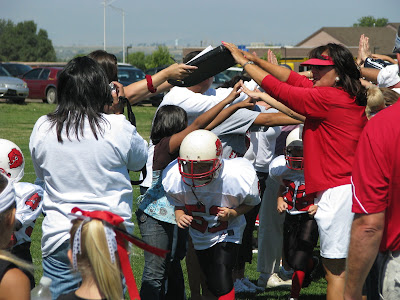 Our sweet, sweaty boy in the post game huddle. 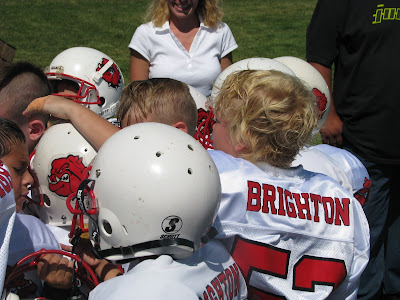 Email ThisBlogThis!Share to TwitterShare to FacebookShare to Pinterest
Labels: Football

I can't believe Carter is playing football. Is he one of the biggest kids? He looks like it in the huddle. Pretty soon he'll be playing for the HS team!

Yep, definitely one of the bigger kiddos. For sure, the cutest. :)