Question Of The Week

Ed was one of my favorite TV shows. Do you remember it? I loved the cast, loved the story, and really enjoyed it each week. Produced by David Letterman, it received several Emmy nominations and a Golden Globe nomination. 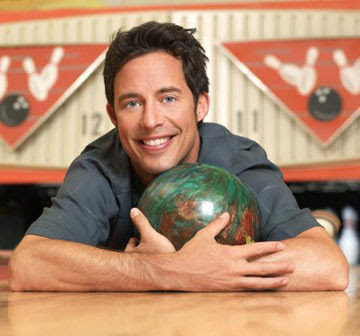 Several people have emerged from the series......Julie Bowen is now on Modern Family (favorite new show) and Justin Long has been in several movies, including He's Just Not That Into You. Michael Ian Black (originally on MTV's The State) seems to be everywhere these days. 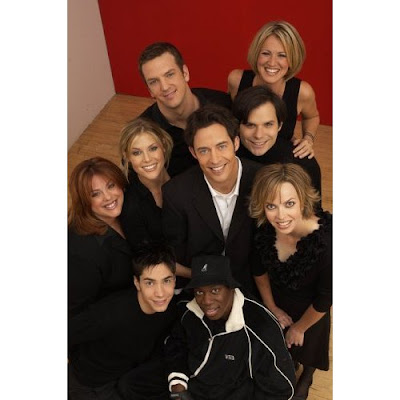 So, they moved on to bigger and better things.

Conan will, too, I have no doubt.

Did you see his farewell speech?


He went out with class, people. Humor and class, which is not an easy combination. Most bloggers can relate to that.

***What show do you miss? What was cancelled too early?

Oh I so miss ED too - great show. Hmmm - trying to think of what I miss ... I loved Dawson's Creek - sad but true! Ahh Pacey was my favorite and was so happy at the finale when he and Joey got together. Good ole conservative me really liked the first few years of West Wing ... then it got a little too liberal for my liking.

I LOVED Ed too! I was so sad when they decided to cancel it. Right now I know there is atleast 2 mores shows that I miss, but I can't think of them. You are right Conan went out on top of his game.

Good luck Saints! Are you having a big party?? I was thinking about you tonight when I would pass the TV and see the game.

Arrested Development and Freaks and Geeks. Tony and I have them all on DVD and watch them longingly. Wishing the stories never had to end.
Never saw Ed--I'll check it out!

Hmmm, I never saw Ed but I really started to get into Lipstick Jungle when they cancelled it.

I'm from the Vikings country, but you gotta say it was a great game. Good luck to the Colts and Saints.
I never saw any of the late night shows but heard some good things about Ed. A long time ago there was a show called Grizzly Adams, I remember being very sad when that show was over with.
Have a great week and God Bless you all!

There was a show a few years back called, Sports Night and I loved it. So funny. They canceled it after 2 seasons, I think. I can't think of any others right now.

So happy the Saints won. If the Cowboys can't be in it, then I'm happy to root for the Saints! Impressed with the shout out from you, Case! :)

I am so freaking excited. This morning is all bright and shiny and happy. I think I am going to Magazine to eat lunch, just so I can revel in the vicory a bit. :)

I miss Samantha Who? I thought it was going to be stupid, but I actually ended up liking it a whole lot! So sad it ended. And hubby liked 'Invasion' (but he got some tongue in cheek comments from me on that one... 'cause that show bit the big one! HA!).

So STOKED for the Saints. Drew Brees rocks the Casbah and so glad they took down Brett Favre!
As for shows that got canceled too early?
hmm.. can't really think? I like the oldies but love Modern Family too!

Arrested Development was a great show. I hear they are making a movie...so why did they cancel the show???

Way to go Saints!! We got our Super Bowl tickets last week...they are on the field behind the AFC bench. I kid you not...So we are selling them. Hopefully for thousands of dollars!!!

I loved Ed too. He is such a cutie pie. Not many shows I miss but I think of Vanish when I think of shows that were cancelled too early.

Best Week Ever on VH1. Loved that show.

Loved Ed, he was a adorable! Liked Lipstick Jungle and loved me some Dawson's Creek... never missed an episode!

I can't think of any other's that I truly miss? I watch Friends still every night, even though I've seen every episode. :)

i can't think of any shows of late but, do you remember 'my so-called life' circa 1993ish?? LOVED that show--so brooding and overly dramatic. It was cancelled after one season and i was heartbroken.

and sooo glad the saints beat favre--talk about drama.

i just saw that sassafrass said 'arrested development'. i adore that show so yeah, let's put that on the list too...

I miss Friends!! I could always count on that show for a good laugh! My husband and I still watch and laugh at the re-runs.

There have been a couple that were canceled to early in my opinion, but two that stand out the most are Beautiful People(which only ran two stinkin' seasons) and Kyle XY(who's ending SUCKED big time).

There was a show that I loved and I can't remember what it was called, a lot like Modern Family. Ran just a few episodes.

Conan is so classy. I choked up when he choked up.

I miss Freaks and Geeks. I think it only ran 2 or 3 seasons. I noticed that you can rent it from Netflix, but I never remember to.

I also miss the shows Felicity and Party of Five.

I miss "My So Called Life." I already miss Conan. And nobody will miss Bret Favre.

I love Modern Family. One of favorite new shows. I do miss Lipstick Jungle and I saw a couple people mention Freaks and Geeks...loved that show too.

I was just about to say "My So Called Life"!! I loved that show!

Sex in the City. Go Saints--so excited for them and hope they crush the Colts. Gotta love Reggie Bush!!!

I also LOVED Ed and all those characters too. I miss it. I with a lot of readers too. I miss Lipstick Jungle & My So Called Life. I miss the Gilmore Girls and I really liked Samantha Who, that was recently canceled. I can't wait to see what Conan does next and I loved his ending. Class-y

I never watched Ed, but my mom LOVED that show. I have a lot of old shows that I miss. Some shows that are really funny get canceled and I never understand why that happens. As for the Super Bowl...I could care less! I just haven't gotten into football over the past few seasons. Thanks for sharing Conan's farewell speech. I hadn't seen it. I love him too!