Shannon reminded me that I need to choose a best "You Tell Me" caption, in the spirit of DListed and all things fabulous. So, I will today and each time I post a picture.

"Casey began to take advantage of her son's love for trains. Today's train connection? A dog crate that looks 'just like a train car'. It even has a latched door!"

Good stuff, Sass. Lots of funny ones. Come back next week to play again.

Moving on with the Scoop...

We survived the week with sick kiddos. Lainey ended up legitimately sick after faking it for a few days. And, I'm here to tell you that fake-sick-Lainey is much more pleasant than real-sick-Lainey.

Every time she coughed, "I want Do-wah. I nee mehhhcin."

We missed our new Bible Study class on Tuesday and Building Better Moms on Wednesday. Got out to take Carter to Religious Education one afternoon and took a quick trip to Costco. My kids despise Costco. I have no idea why. Jack immediately protests as soon as it's in sight. Weird. 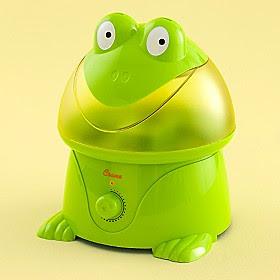 In other news, one of my favorite authors died. JD Salinger. "The Catcher in the Rye" is one of my most treasured reads. I loved the main character so much that we considered naming Jack, "Holden" after Holden Caulfield. Also enjoyed "Raise High the Roofbeam, Carpenters". I liked his style of writing. Loved his characters. He was a weird guy who avoided fame. Liked that about him, too. 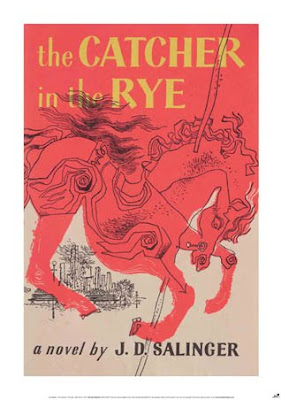 I got an offer at work to add some more hours. I know. Didn't realize I had a job, did you? I haven't said much about it because I've only been working 2 days a month. Adding a few more to that and I'll close the shop one night a week. I'm really enjoying it. Being around grown-ups is fun.....I love the job......and it coincides beautifully with my days at home with the children. Couldn't have worked out better! 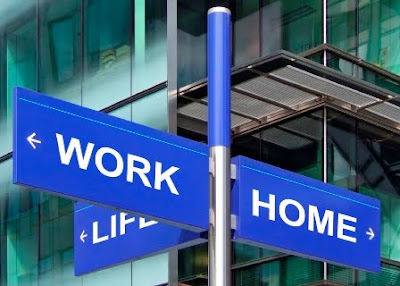 We finally cut the mop. And, I mean, cut it. The hairdresser and most of the girls there begged us not to, but we did!

Before (the longest it's ever been): 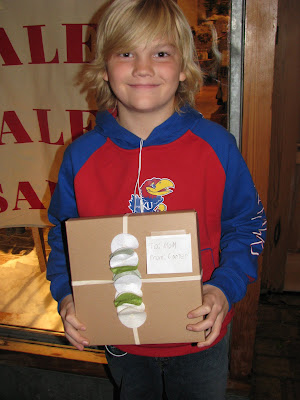 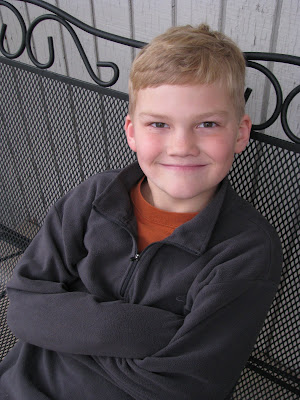 I prefer it long and suggested just a trim, but he wanted it short. We usually only cut the boys' hair twice a year......once, to get rid of the length (usually around Easter) and then another to clean it up (as needed for a big event). Otherwise, I like it to grow and think they look cute with it shaggy. Blake wants to try Jack's super short and possibly even spike the top.....but I'm afraid he'll look like a total blockhead. Carter did at his age with that haircut. We've been down that road before. And, it looked like this: 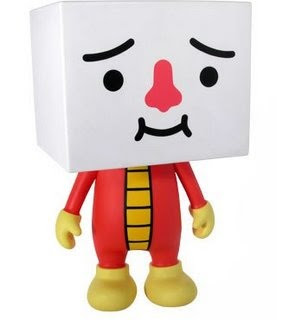 It's not pretty, people. But, I would like to see that little punk's face more. You know, when he's screaming, "Weave me AWONE!!!!!", I'll get the full effect.

Something to think about for sure.

Twice a year? Wow. My boys go together every 6 weeks or so. Payton and I go every few months.

Your pic for the favorite caption was also mine.

Jack actually goes a bit more.....if we keep his hair long....it needs to be cleaned up because it's straight. But, maybe 4 times a year, tops.

I LOVE Carter's hair - I think it looks great and wish my Clayton would get his chopped like that. Last time he did though, I really missed his long, moppy hair!

We have so many things in common - LOVE JD Salinger - I did my senior project on Catcher In The Rye and that is where my Holden got his name!!

I have a friend who named her little boy Holden...wonder if it was because of that movie?

Love the haircut! He and Lainey look so much alike. They are all so cute and I love it when you type what they are saying how they say it. So funny!

No fair.... Sass and Coco will win every time. I'm not playin that game...

Tell us about the job!

LOVE, LOVE, LOVE Carter's hair. He looks so grown up. Love it.

Congrats on your part-time job! I bet you enjoy getting out and about a bit! We do need more details though!

I love the haircut! It doesn't even look like the same punk! We all get haircuts every.four.weeks! It costs us an arm and a leg too!

Change is good. Haircuts are good. Shaggy is good. Salinger is good. Sick is bad. Getting better is good. The frog rocks. (We have one too).

Love Carter's hair cut - I love short hair on boys but your boys are adorable with shaggy hair! I hate to admit I never read Catcher in the Rye - gasp! Now you have motivated me to go pick it up! Thanks! Congrats on the job - can't wait to hear about it.

It is hard to believe that is the same Carter. This is going to take some getting used to.

I should have known that a caption with trains was going to win.

I think he looks handsome both ways... but I too love shaggy hair. Something about it...

WOW! Dramatic hair difference. I like though! He looks older now.

Precious Carter! I like it both ways. Change is always good though.

Bram is once a year TM is every few months. Shouldn't it be opposite at our house?

Carter is still a cutey with his trim. Love the long too. People get pissed when I cut Bram's but it gets so out of hand!

I hate to say it, but my comment was funnier than Sass'.

Wow, ladies. So much hostility!
I won fair and square. That comment was effin hilarious. Although, Coco's was pretty good. I'm just not sure Jack's learned the word "bastard" yet. After Coco's next visit I'm sure he'll have it down.
Case, I did NOT know you were working! Good for you!
I'm confused about the picture of the frog. Not sure how that ties in with Costco and sickness...
Carter is so handsome! He can totally pull off both.
JD Salinger. Very sad. I only read The Catcher in the Rye. Brilliant, of course.

awww he is super adorable either way!! WOW and only 2 time a year?! thats awesome ;) Happy Friday!

Sass, the frog is a humidifier.

we've got sick kids too...and sick little girls can really bring the drama. i feel terrible saying it, but, it's sooo annoying.

your son looks so much older with his short hair...too adorable!

Carter looks handsome both ways--can't go wrong. Costco--strangely my kids LOVE Costco....I think it may have something to do with the free samples along the way. Tell us about your job.

Handsome Carter! Cute new look. H wants to cut her hair, too, but we're waiting until the summer. She'll have a pony tail to donate to Locks of Love! Makes me proud, but I love her long hair!
Glad everyone is feeling better. Sweet things!

I think he looks handsome with short hair.
Man, what kid doesn't love Dora? I don't see the appeal, but little ones sure do love her.

I am not a huge fan of longer hair on boys but I loved Carter's the new look is still great.

I hope everyone is feeling better. Too funny that she is already faking it, look out once she's in school you'll be in trouble!

Thanks for following. I'm following you too.

Love your son's haircut! And we have that same humidifier, but the penguin one. Hope your little one feels better soon.