Alright. Let's start this Scoop off with a classic. Most of yall saw this on Facebook, but I feel compelled to post it on the blog each year. Since we've apparently leaned into the "different" Christmas card direction, I'm kicking myself for not using this in 2007 when it was taken. Only the Starnes kids could bring on a "Go to hell" look from Santa. And, as Caroline adds........Jack looks like a total blockhead and Lainey looks like an alien. 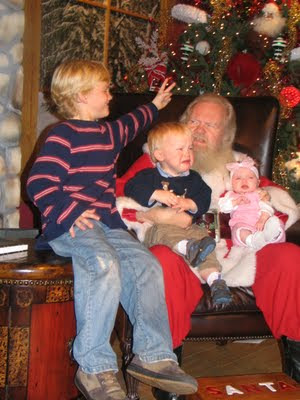 Speaking of Lainey, she gushes over this paper towel dispenser every time we go in the Target bathroom. "Wook, Mom! It's just my size and soooooo cute." Obviously, my kids are mega-impressed with hand drying contraptions because with each outing we take, they spend more time in the bathroom than anywhere else.

I think we'll take them to see the Dyson Airblade this year as a Christmas treat. Maybe I can photograph them in front of one and send that out next year? Hmm......wheels are turning in my head. 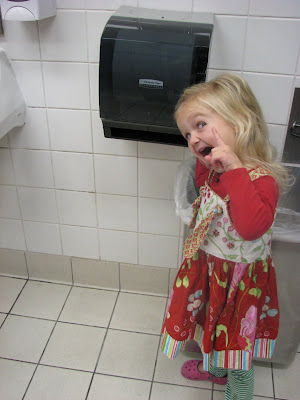 It's nearly Fall here in California. I was just thinking the other day that we get a bad rap for our seasons. While they're not as distinct as other places I've lived, there is certainly color here. 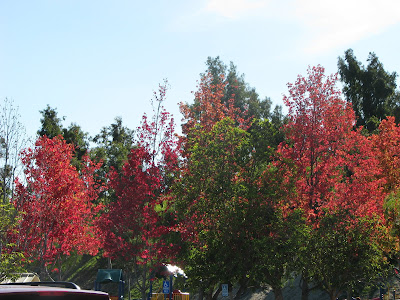 Jack brought a fake ice cube we got with drinks at Disneyland last year. Preschoolers were in awe. Everyone had to touch it. 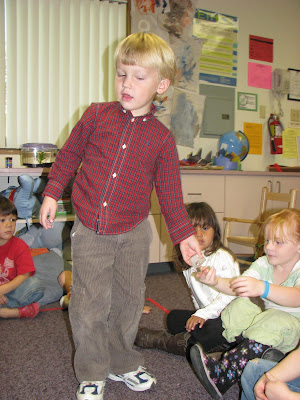 Lainey now insists on bringing one relevant "share" and then whatever else she wants, too. So......she brought miss Hazel Darney's announcement for "infant" and her princess autograph book. I give up.

Blake was explaining all of this to Pa on the phone and he kept thinking Blake said Lainey brought incense. His reaction: "Wow. Yall are really taking this California thing to heart." Terrific. 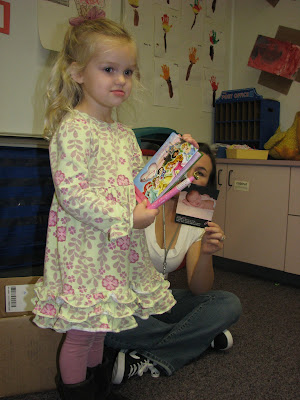 Friday afternoon took us onto Camp Pendleton for the first time. I was so curious to see how this all worked. Our friends have a fabulous ocean view from their backyard. Is it too late for Blake to join the Marines? 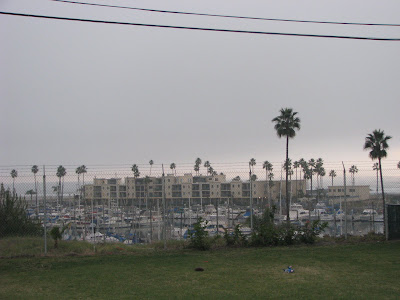 We played and played and had a great time with Holly + her friend, Janet + kids. Jack can't get enough. 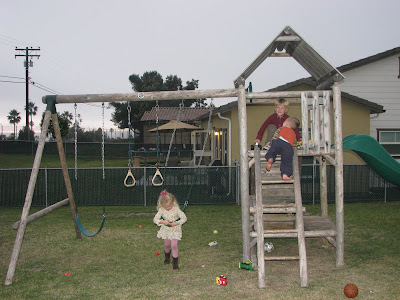 Carter, in usual fashion, wrangled everyone. Holly said she'd give him $10 to buy a raffle ticket for the IPad Heather is giving away. Have yall been to Cheatham Chat to see? Head on over. You might win! 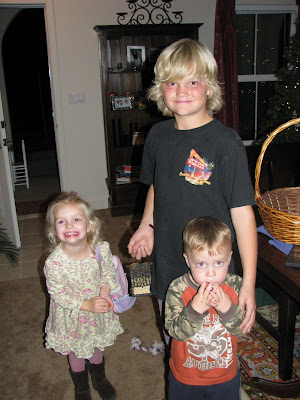 Saturday morning brought us to an 8:30am basketball game. We spent 1/2 of it alternating chasing the kids. Jack and his buddy sprinted across the court mid-game this time without anyone noticing. It was pretty impressive. 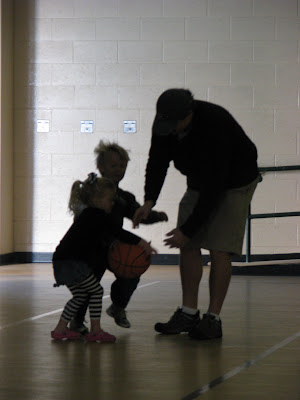 I took them and a friend outside for a while. Choo choo trains keep everyone entertained. 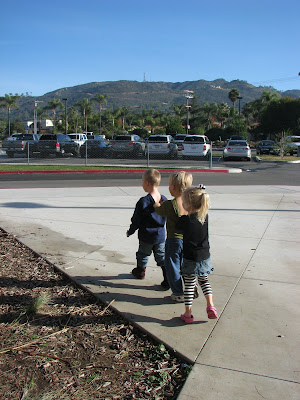 Carter scored 15 points. Out of 16 for his team. The kid is awesome. Here he is doing the "15" as Blake suggested. 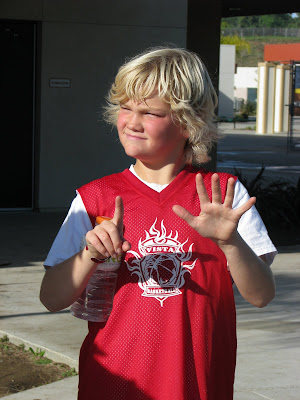 A train project for Jack. Can you see how happy he is? 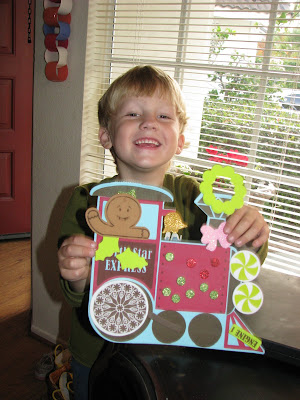 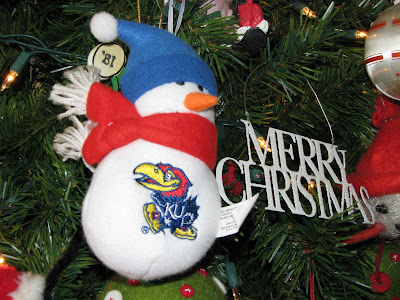 And, a new kitten for Laine! Tinkerbell Kitty is her name. Expect to see more from her in the near future. 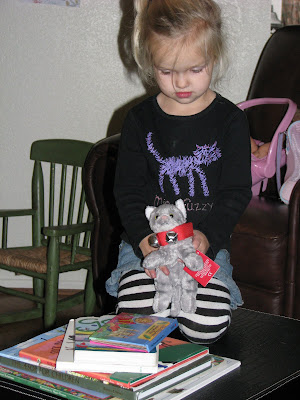 I love our house. The backyard is lit up in many places and has the prettiest glow when the sun goes down. 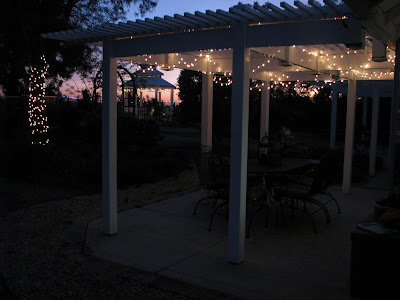 Finally, I'm going to share the easiest Christmas treat ever to create with you all today. You probably already know about it.

Almond Bark is your friend. Trust me. I always choose the vanilla flavor, seeing as white is much easier to remove from clothing than brown. And, I got it super cheap last year when it was marked down. Doesn't expire for another 13 months. I stocked up! 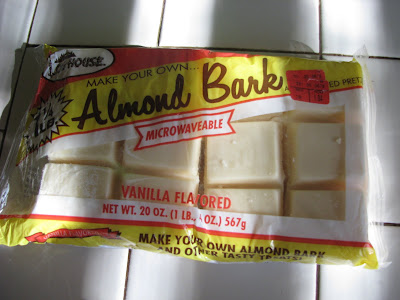 Melt it in the microwave according to directions on the packaging. 2 minutes, stirring once mid-way. 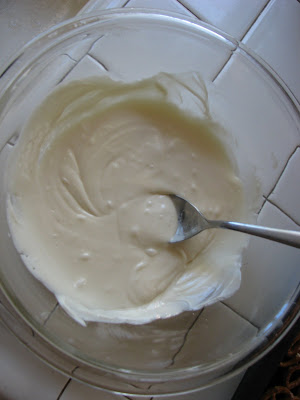 Grab some sprinkles. We used some Valentine colors because that's all I had in the house. Got those on sale, too. If I were giving these to friends, I'd add some green, but the punks don't care. 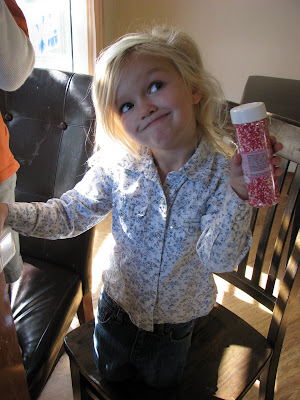 You can drizzle the coating on just about anything. Pretzels...... 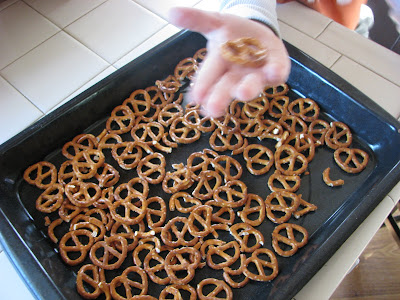 Become sugary sweet. The bark dries and hardens in less than an hour. Then, just break it all apart and enjoy! 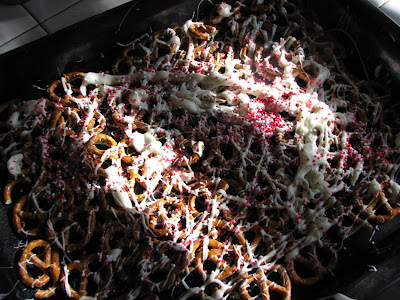 While I prefer stove top popcorn, I microwaved a bag today and we covered that, too. 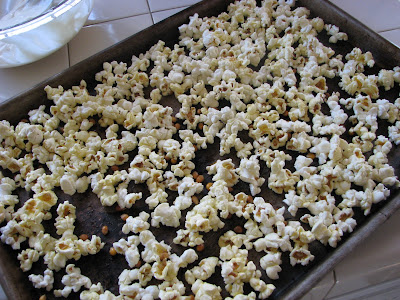 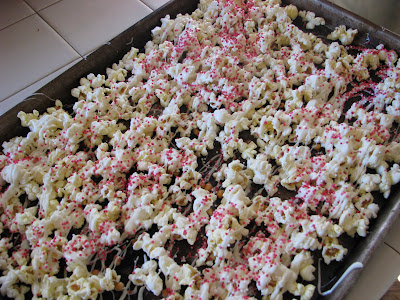 Graham crackers? Yes, please. Give it a try! 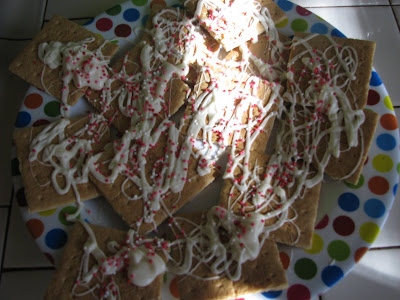 One more thing......check out Carter's cute artwork below. I love how clever he is. Click on the picture to see it full screen. (I actually took this photo because I've already screwed up our new scanner. Had it less than 2 months and I managed to cause a permanent "E" in the message box. This means that it will be there for 2 years until we buy a new one.)

***The picture is of Santa in a cardboard box, being pulled by a seagull. He asks, "How yall likin Cali, man?" He drew our house and the gazebo with lights all around. 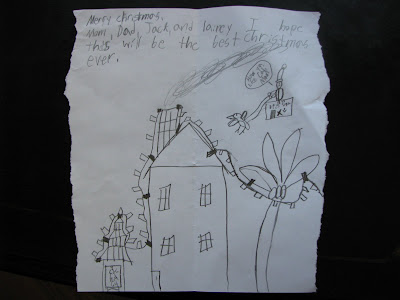 *Ship packages.
*Send out more cards.
*Christmas shopping for our family.
*Basketball practice.
*Field trip for Carter.
*Job search. (Someone hire me, please!)
*Christmas breakfast at school.
*Volunteer at Preschool.
*Register at church. (Still haven't done it.)
*And, hopefully.........a special day at Disneyland with the kids and then the night there with Blake after his work day is over. I heart Disneyland. It's such a happy place.

Sorry I've been MIA with blog commenting. Again. Atleast I have a good excuse this time, right? DYING over here....blah!

Now I must go catch up on all of your adventures! Love that Lainey!

Disney is always fun during the holidays...I can't wait to see pictures.

Do the parents all go to the share thing at the preschool? Or do you serve as the class paparazzi?

I love this time of year where stranger danger goes on hiatus so we can take pics of our kids in a costumed man's lap. Totally worth it, especially when they turn out like that one!

It never gets old seeing that first pic.

The lights in your backyard look beautiful. Jealous.

Can I get on your Christmas card list? Because you know how people collect baseball cards and autographs and stuff? Starnes cards could totally be the same thing. Seriously.

Love love love Carter's humor with the "this side up" note on Santa's ride. Priceless!

i LOVE that pic!! santa looks po'ed! you should submit to ellen and it would win.

Carter's artwork is super rad- and I love the message he wrote too :) That's my hope as well!!

And 15 points?!?!!? I already commented on FB but give him a super amazing high five for me. That is beyond awesome!!!

I am done in 3 days. THREE freakin' life sucking days. And then Hann and I will get a little goody package in the mail for the punks. We've been more excited hunting for goodies for them than we have been about anything else!!!!

Shannon - I volunteer almost every Friday, which is "share" day. Just coincidental. What is not coincidental is that it's pizza day.

I feel famous! Love that she took her birth announcement. Oh and LOVE the dress she is in at school! Adorable.

As always, I LVOE that picture of the kids with Santa...the stink eye is the best!!

Dipped pretzels are sooo yummy! We must make some soon!

Fun post as always. the first picture is definately a classic. I love the infatuation with the hand dryers. I have never thought of drizzling almond bard on popcorn, I might have to try that. Thanks for sharing!

I love Lainey and the hand dryers. Her outfits are SO CUTE too. She looks like a little baby hippie. Cute.

Oh that picture is a classic alright. Go to hell? Perfect. Can't believe you captured that...
82 degrees? This is the only time I'm not jealous. Just had our first snow and it feels like Christmas. Makes me remember the good Christmas times we had here last year. Tear.
I'm cracking up over Pa thinking you sent Lainey with incense! You totally would.
Carter scored 15 points?!? Holy athlete!! That kid is good at everything.
Jillian's gifts are perfect for the punks! How sweet. Jack's smile...he's been extra positive these days, no?
Graham crackers and sprinkles :) Fave.
Miss you!!!

Totally agree, Sass. This weather is just weird and it's inhibiting my Christmas love. I'm late on everything this year. Guess it will just take time to adjust.

Is it weird that I totally feel like a part of your family? Your blog just makes us all feel like we are on of the Starnes gang.

And your pic with Santa is still my favorite of all time. Does Santa curse? 'Cause I think yours did.

your fam always makes me smile. you know that????

oh and those pretzels do too. haha.

That Santa picture cracks me up every time I see it. So freakin' classic of a Starnes family pic. HA!!

Carter is a badass. For real. What a stud! So proud of him.

hey busy lady...you crack me up! how did you find a church so fast. We have been here 5 months and are still trying different ones. Your treats look yummy

I love that look from Santa. That is a riot. I love your goodies too. I need to make some of that.