Rockies Rookies Party At The Field

A couple of weeks ago, we attended a party for Carter's fan club for the Colorado Rockies. We've really enjoyed this organization this year and plan to re-join in the upcoming years as well. They host such great events for children and Carter has loved every minute.

It was a long day. We started around 10:30 for a party at Coors Field. They had carnival games and prizes, face painting, food and drinks, and a ton for the kids to do.

A 2 hour break took us into the city for lunch at one of our favorites and then a quick shopping trip on Larimer Street. Then, we went back to the stadium for an on-field parade. Finally, the game began around 6:00. It was a great day....but we were exhausted upon leaving. Arrived back home in time for me to get Jack in bed at his normal time and then Carter and Blake continued on at a Block Party in our neighborhood.

The boys at the stadium.... 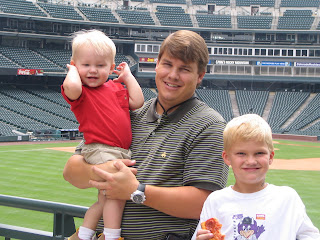 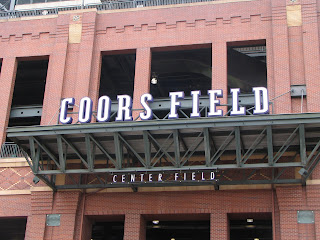 The party that morning. 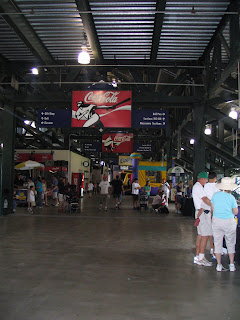 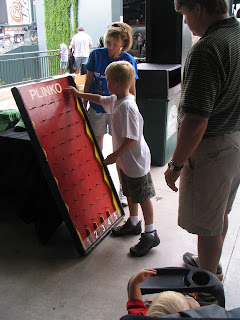 Carter completed a bat rack compliments of the Home Depot crew. Their workshops are a favorite of ours from years past, but we have yet to get back in the routine of going. 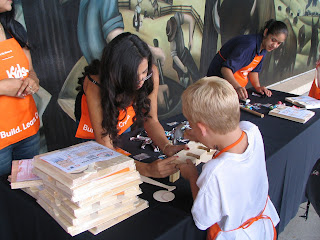 A look onto the field. They work all day preparing it for the game. 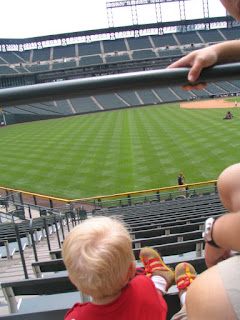 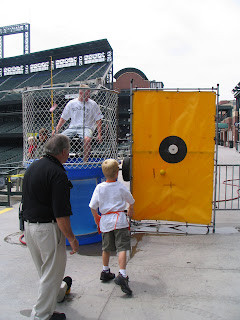 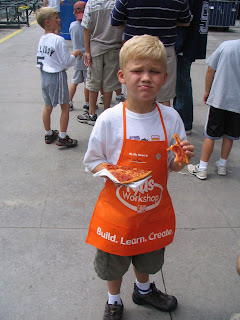 This was a big hit for Carter. He and another child boxed in the jump house ring. 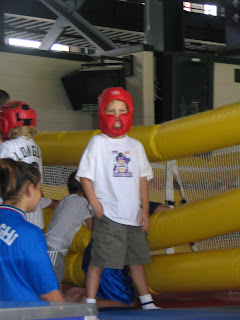 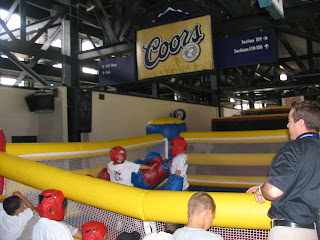 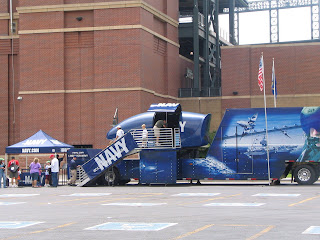 Party's over and we head into downtown. 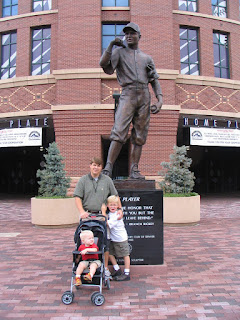 Lunch at Lodo's with a view of the stadium. 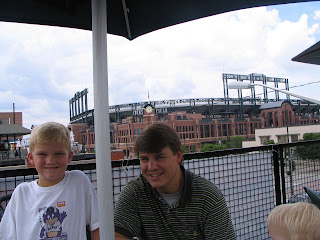 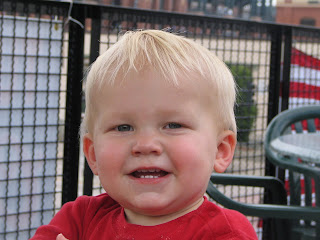 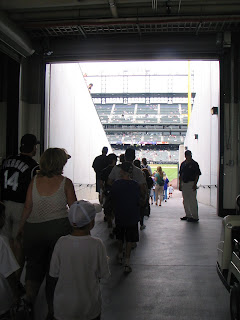 I tried very hard to take Carter's picture on the big screen, as he was up there several times, but failed to do so. They made great efforts to highlight each kid as they walked the field. 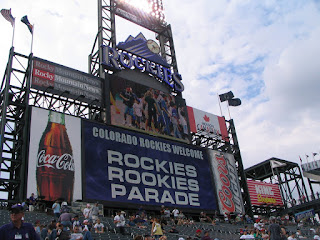 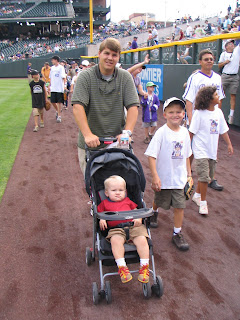 To the playground during the game. 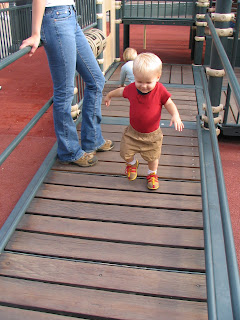 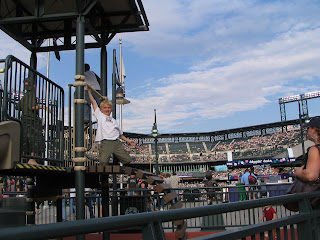 The slide was a hit for Jack this time. 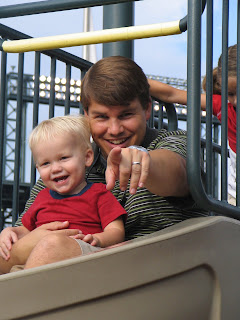 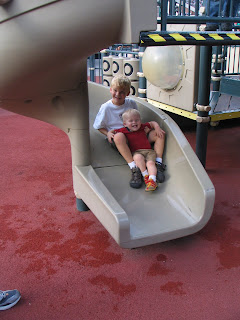