Late last week, I rode along with Blake and the boys to look at a snowboard in Boulder. Blake and Carter both want to try it this year, so we've been gathering Blake's gear and will rent for Carter like we did last season. They grow so quickly....and you can rent kids' gear for the entire season at a time...for a reasonable price....so it makes most sense.

We stopped on the way out at a park for the boys to run in and a hot dog at Mustard's Last Stand. I had read about this place in 5280, Denver's best magazine for what to do in the area and it got rave reviews. We'll second that.....it was awesome!

Right next door to the hot dog stand is a pretty park by the river. It is so close that Mustard's offers blankets for a picnic by the water. 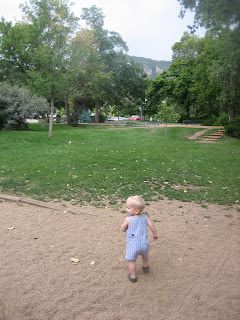 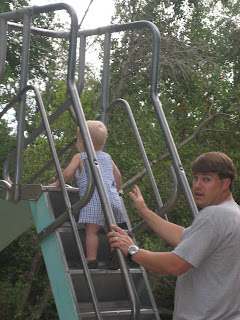 Here is Jack saying "WOAH!!!!" going down the slide. 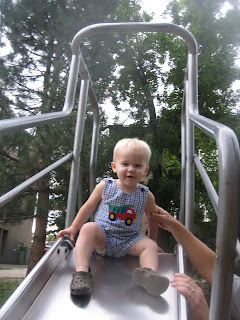 And, big brother waits to catch him. 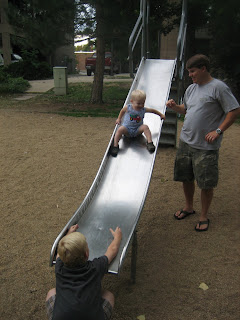 The river near the park. The boys will come back to float the river with tubes you can purchase close by. 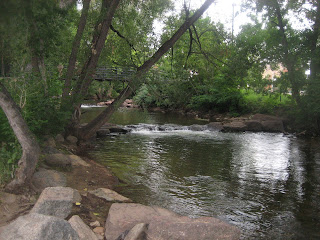 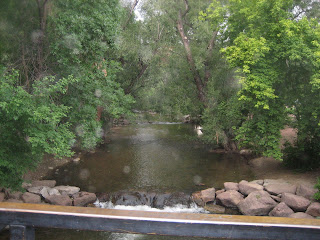 Snapped a pic of the Flatirons on the way out of town. This is part of the CU campus, too. 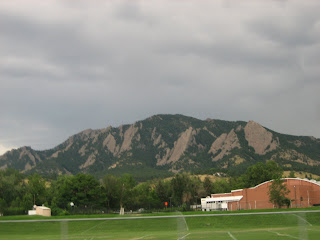 Email ThisBlogThis!Share to TwitterShare to FacebookShare to Pinterest
Labels: Boulder