Sunday was spent mostly inside relaxing with a nap here and there.....until lunch time....when we headed out to Casa Bonita, Carter's favorite restaurant in the world. We had not been since February, I believe. Blake wants to know if we can wait until next February to return.

I failed to take pictures of the real excitement - the cliff divers and gunfighting show. I'm sure Jennifer is booking her next flight to ensure she gets to re-live that experience. For those of you in Texas, you can compare it to the gun fight at Six Flags, but throw in a gorilla in boxer shorts and then someone eventually falls off a tropical setting cliff and into the water.

There are so many random elements...it's hard to do it justice. Carter has the ability, like all children, to look past the ridiculousness of it and would put it right up there next to Broadway if he were asked. 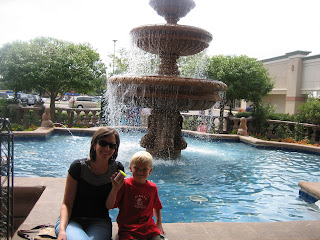 Lots of games in the arcade. 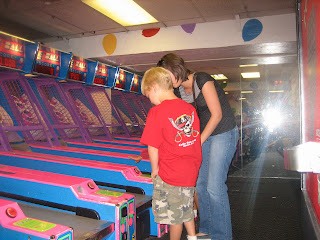 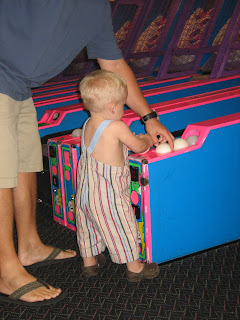 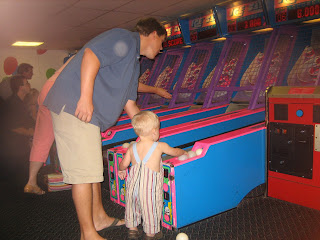 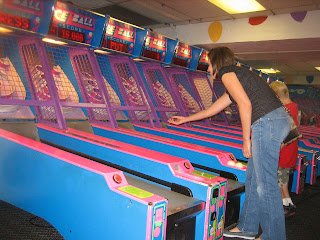 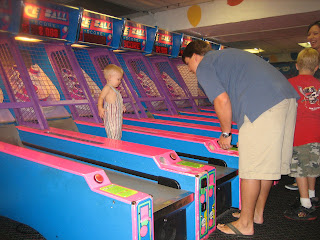 So proud of his tickets. 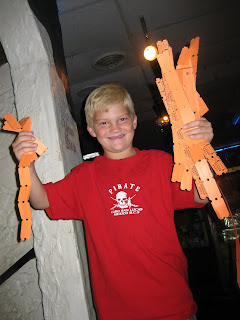 Yea, I am mentioned on the infamous blog!