We actually finished on Halloween......last game........party the next day with an awards ceremony......trophies handed out. Trading in football for soccer this season proved to a huge success.

Just look at the smile on this kid's face. That is pure joy. 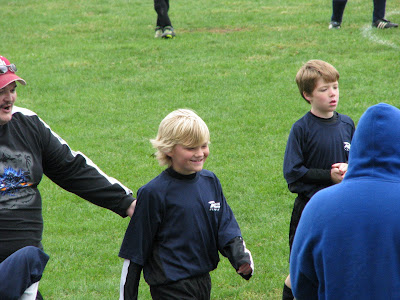 Little brother spent a lot of time by the bench.....hanging out with Carter.....glad he didn't make a big fuss over this. Love to see them together. 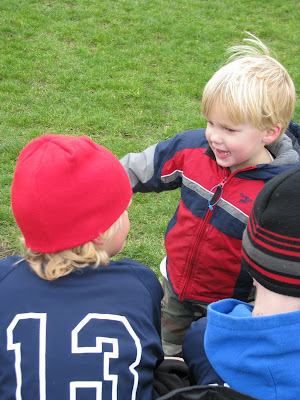 Lainey bug spent a lot of time on the sidelines being cute. 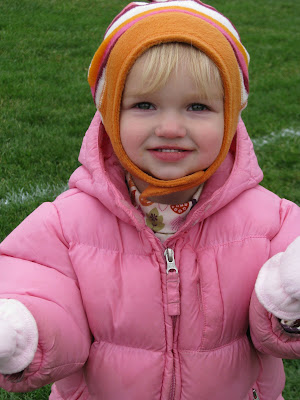 So far, it's her best talent. 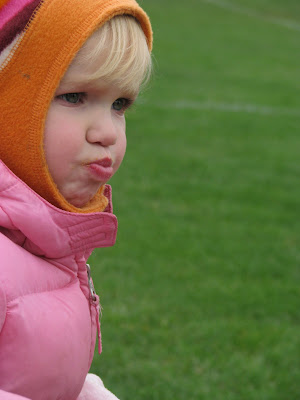 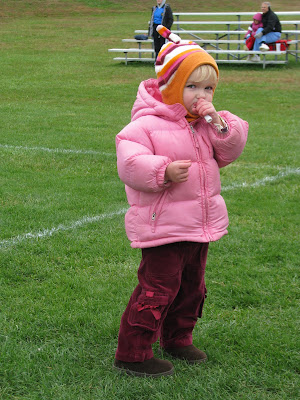 Blake spent a lot of time chasing kids off the field. 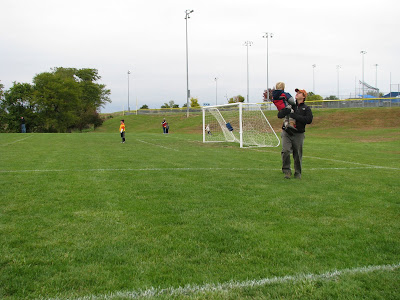 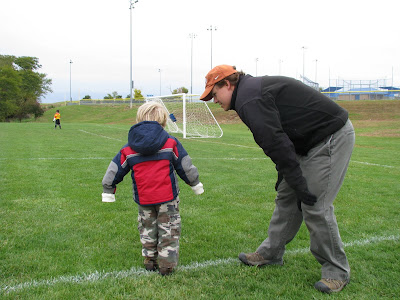 He did it. Shocker. 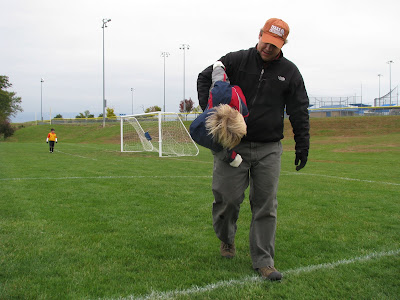 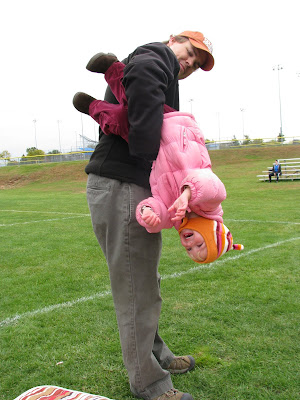 The little ones' favorite part......the tunnel at the end of the game. 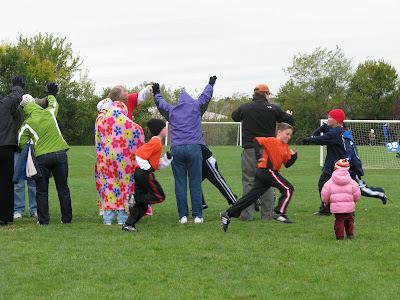 Sweet Blake recreates it for them. Best daddy ever. 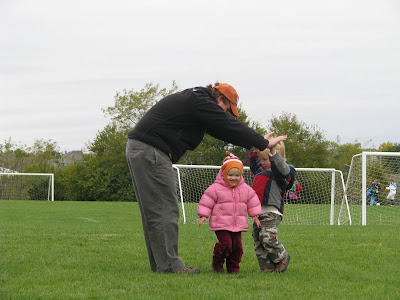 Temperamental Jack declined on his turn. Such a punk sometimes. Look at that pouty walk. Caroline, does that remind you of the Christmas picture of you and Carter....by the fireplace in our Keller house.....about the same age.....being a mega-brat?! 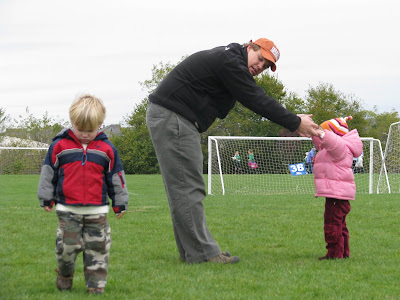 And, look at this enthusiastic player. Carter melts my heart sometimes. So full of life. Nothing could make me happier as a parent. 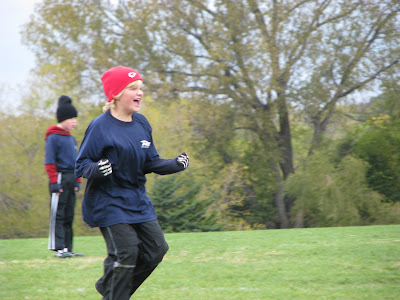 All the boys soaked their coach at the end of the last game. I thought this was hilarious.....and so cute.....and funny.......until I learned Carter was the instigator. It's not always easy being the mother of the class clown......even on the soccer field. 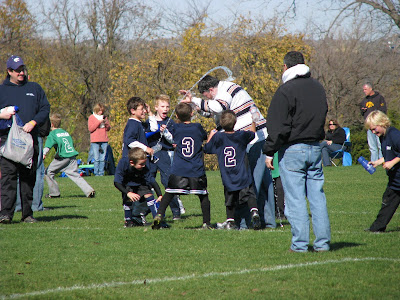 We're not a back-to-back sports family......so we'll take time off for some winter fun. There's a great ski resort just 30 minutes away. Hilly enough for the kids to learn to ski and Carter can sharpen his snowboarding skills on the terrain park. We can't wait to try it out.....have heard it's a ton of fun after the new year!

And, then spring might bring another Starnes boy out to the soccer field.

Is the world ready?

That's the face! Still love that picture of mega brat Carter and me!

That pouty face picture is a hoot! Cute soccer pictures!

It looks like EVERYONE had a good time at the soccer field! Love that Daddy had to keep bringing the little ones of the field. Made me chuckle because that is exactly what my kiddos would do. Enjoy your time off from sports to ski! I think we are going to try that out this year now that we are in a place that gets lots and lots of snow.

The pouty face is awesome! and yes, it's almost ski season! Can't wait!

My kids run onto the field of play also, but I am the one going after them not my husband. Enjoy the time off from sports.

I'm glad Tess isn't the only one that doesn't realize a soccer game is going on and running onto the field.

I make Adam do the chasing as well.

Love the picture of Carter on the field, he looks like a teenager.

And Jacks pouty face. uh-oh, he and Bram are going to have to have a pouty face face off.

Lainey is just too cute for words and I'm such a sucker for those hats....love em!! Is it bad that I'm already seeing Jack's pouty face from Hudson and he's only 8 months??? ha! Carter looks like he is such a good big brother. You have every reason to be proud...cute, cute family!

Our kids love the tunnel and snacks the best too. So funny to see y'all all bundled up and we are still wearing flip flops and shorts to our soccer games - not fair! I want some fall weather. Can't wait to see Jack play ... should be fun!

Jack has that pouty face down. Funny how that learn so young! So precious!
I don't have any that run on the field anymore, but Gracie will run off the field whenever she chooses-to get a drink or give me a hug.

OMG. These are precious. Carter is so handsome! Blake and the little ones crack me up. Lainey is awesome at being cute. Best talent there is.