A Comedy of Errors

We're a total mess right now. In 2.5 weeks, we will drive out of the Midwest and into the unknown. I think the anticipation of it all is causing us to lose our minds a little bit.

1. We forgot to pick up Carter on his 3rd day of school. Forgot. Totally. We were sorting through the kitchen and Blake noticed the clock at 3:30......then drove hysterically to make it there on time. Carter did not notice due to the massive carpool pick up cluster always present the first week of school. But, we felt like terrible parents.

After our mishap the day before, I was there bright and early, first in line......at 3:00. It was 95 degrees outside, so I sat comfortably in my air conditioned car reading my book. Once the parking lot opened, I scooted up to mark my territory, claiming I love my child more than anyone else because I'm so early........and then my car stopped. Had to get out and tell the principal what happened and to please wave people around me until my husband shows up with gas. Awesome. 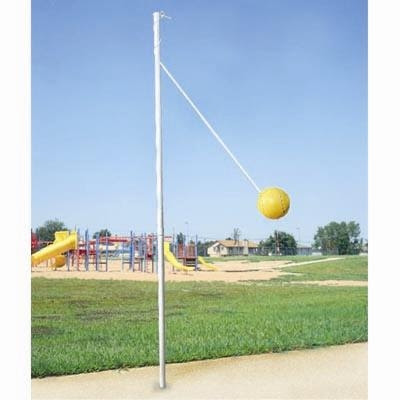 It ripped the pole out of the ground and punctured our tire with a 4 inch gash. He said the cones threw him off......and the sign poking out of one telling parents which lane to use......took a sharp turn and plowed into it. 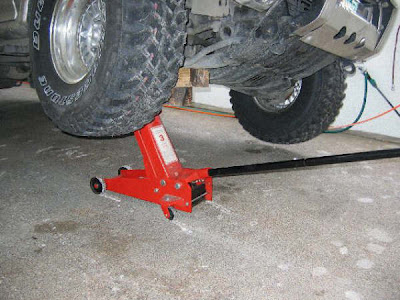 That's 3 parking lot incidents in less than 2 weeks, folks. I have a feeling that the school district here in Overland Park can't wait for the Starnes family to withdraw Carter.

In other news, I think the kids have started to sense the lack or order around here and are becoming pretty brave. Blake was fussing at Lainey a few days ago......she stood and listened.....and then responded, "Daddy. You yook so cute when you talk yike dat."

You want more drama? I'm sick. My lungs look like this: 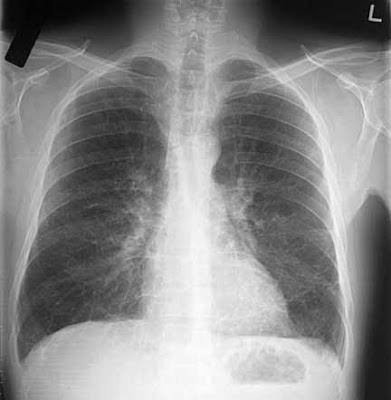 I have Bronchitis and a sinus infection. For the past 2 days, every inch of my body has hurt like hell. My teeth even hurt at one point.

I went to the doctor this morning. I passed out while giving a blood sample and the guy (about half my size) had to push me back into the chair so I didn't fall out.

I came to and acted as though it really wasn't a big deal. Because, right now, people......it doesn't seem like a big deal. Humiliating? Yes. But, it honestly felt par for the course at this point.

I'd love to be napping right now, but the steroids are making me nutty. One steroid pill can send me over the edge and I have taken 6, as prescribed to me today. My doctor knows about our venture west and wants me healthy asap. I am appreciative of his intentions.....but now I'm stuck in our room until the 24 hour antibiotic "you're not contagious" rule kicks in. I finished a book in nearly a day and am well through another right now. Hopefully, I'll calm down soon enough and sleep this evening.

Phew! I'm worn out. How about you? Sass says we need our own reality show. I'm starting to understand why.

Hope your week is less eventful than ours!

That's such a crazy number of car lane incidents! Also, I felt somewhat stupid that those lungs look completly normal to me, 'cause I guess they look sick.

You poor thing! Hang in there! Hope you are feeling better soon!

Holy insanity Casey!!! You've had quite the week... I would be coming apart at the seams. But, when I went through some shit this summer and felt like calling it quits and throwing in the towel... my dad, full of fatherly wisdom, hugged me and reminded me, "I know it seems like the end of the world right now, but you're safe. You're healthy and you're okay. The rest, we can fix that."

Hope you get out of dodge in one piece... and just so you don't pull a Home Alone or anything, before you're too far on the road, do a quick head count. There should be three children, one living cat, one stuffed cat, and a husband along with you for the ride ;)

Casey, my love, i don't even know what to say. it's past the point of being funny and into nervous breakdown territory. i'm sighing for you right now...and exhausted at the thought of dealing with everything here. oy.

i get sinus infections a lot, have a lifetime supply of nasal spray and mucinex on call. it sucks. feel better soon.

I rarely laugh out loud when reading blogs, but I must admit, I think I just snorted.

I am SO sorry that you are sick. Please let me know if you need anything.

Man alive, sister, take it easy over there! Good gracious! Try your best to relax and EASE into the chaos. :o) Seriously, I hope you are feeling better and things start smoothing out for you all! Maybe you need to start walking to pick up Carter, too. May be best for everyone.....

I laughed out loud as well. Derek asked me if I was enjoying myself! This post was quite entertaining! I hope you feel better soon.... I bet that school can't wait until y'all are gone!

I laughed out loud twice. Hilarious for me, maybe not for you. The pole/tire gash is the icing. Wish you wellness in these next few days!! We will miss you here in KC that's for sure!

Wow, and I thought my week was crazy!

When I get sinus infections my teeth hurt too. It's weird, but I know what you are talking about.

I once received a steroid pack that lasted 7 days. I took a ton the first few days and then it gradually went down to one per day. I ended up not sleeping for more than an hour at a time for 3 days. I later found out from the doctor that some people react to steroids like speed. Nice.

I hope you feel better soon and things calm down for you!

I'm the worst!!! Making you all Detective Sass Assistant and everything while you're so deathly ill! And on the verge of you're own reality show! Meow Meow is pretty much famous, so you're bound to be next.
Hang in there lovebug! Let me know if you (or you on steroids) need anything!
Is now a bad time to tell you how much I love Lainey's tude?

Seriously....sounds like my week!!! I prescribe one margarita on the rocks with a double shot of tequila!

Ugh does nto sound fun. My hubs also had brochitis and was sick for weeks. He has been good at rescuing people who have ran out of gas (neighbors at 10 pm) and whose care batteries have died (me at the lake 1/2 hour away with my mom and kids). good luck, my friend. I know it will all come together.

Wow Casey. A reality show would be quite entertaining. You'll laugh about all this later. I sure hope you feel better. That must suck big time knowing you have a house to pack. I've heard steroids can also make you super hungry. Gotta watch the munchies. Especially the middle of the night ones. The best part about this is the reading. Lurve to read!!!

What I wouldn't give right now for a good ol' sinus infection that would require me to be locked in my room, in bed for 24 hours.

I can't help but laugh! I am dieing here at work reading this! Comedy of errors seems to rule the ESPN house most days! Love that you can look at it and laugh! Hope you are feeling better soon. Bronchitus sucks - been there done that! Sending lots of hugs and sanity your way!! What route are you taking to San Diego? If you were coming through Phx and stopping we have an extra bedroom and a pool!

Holy shit. No wonder you haven't called me back.

i would turn our cable back on just to watch your crazy mess of a life right now. but i am all for what you are doing. not b/c i find it entertaining but b/c i would love to be moving out there as well. tell sass she should do a news story on you and maybe someone will be it up and turn it into a show. worth a shot! if anything you've got money rolling in! : )