Well, folks, we've been celebrating for a week and it's not over yet. Carter's party isn't until after Thanksgiving due to the holiday and people traveling. So, we're anxious for that big day to arrive.

Until then......here's a bit of what's been going on around here.

Jack and Lainey helped me pass out birthday treats at Carter's school yesterday. We toured the classroom and loved seeing Carter's work on the walls. 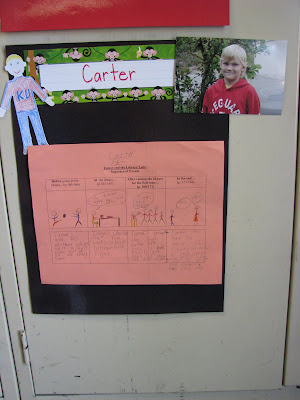 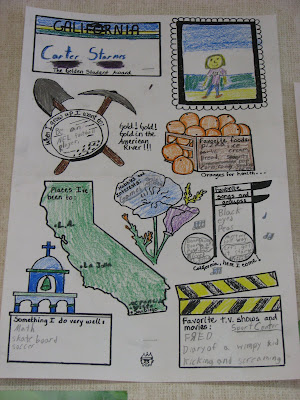 Brownie bites and punks awaited him after returning from PE. 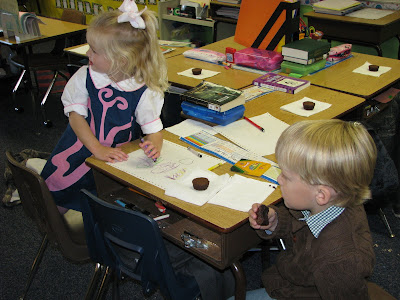 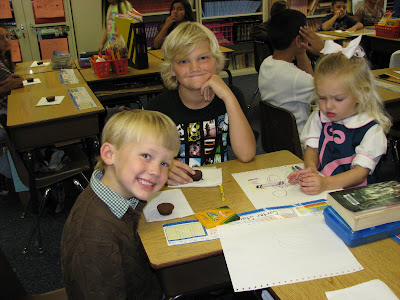 I love his nervous look that comes out each year when his friends sing to him. 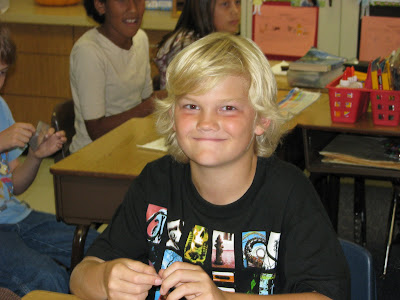 Some buddies from school. Carter never hesitates to dive right in! 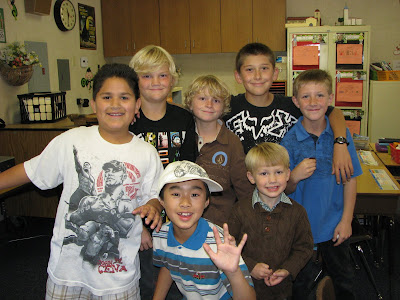 The night before, Pa took us to dinner at a fabulous Mexican restaurant in Vista. California is such a contradiction in terms of health. People are very much into fitness and good eating.....but then there is a delicious taco stand on every damn street corner. Not easy to avoid temptation. 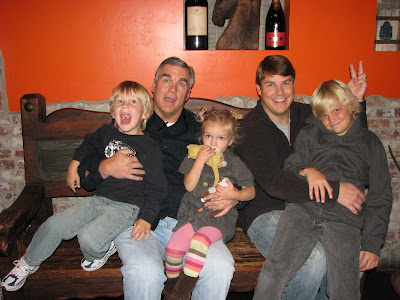 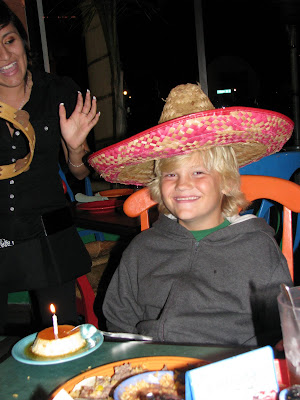 Pa busted out the props and the kids were delighted. 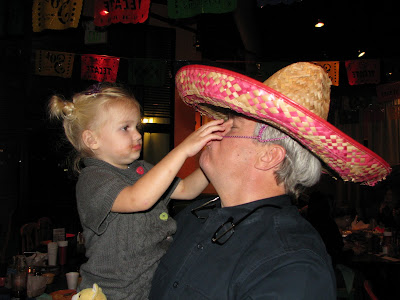 See? We're not the only crazy ones. Pa contributes, too. 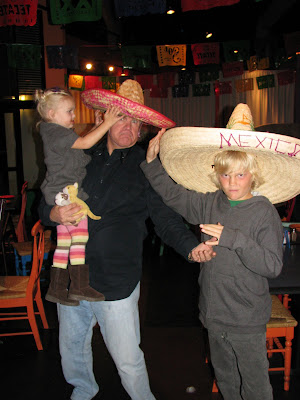 On his birthday night, Pa came by to pick up Carter sans little punks for a night on their own. Some shopping and a movie. Tons of fun.

Looking back on Carter's 10 years, I gathered a few notes on his adventures:

*After 20+ hours of labor and an emergency c-section, was born at noon on November 17, becoming the first grandchild on both sides of the family.
*Spent New Year's Eve and a couple of days following in Cook Children's hospital at age 13 months.
*Watched Mom and Dad build their first home, which he moved into the weekend of his 2nd birthday.
*Visited southern California and toured 5 theme parks in 11 days. Met Mickey Mouse for the first time.
*Played soccer at (barely) age 3. Blake and I coached his team, which almost ended up in a divorce. Noted.
*Traveled to Hawaii. Surfed with Uncle Bob in Waikiki. Hiked Diamond Head. Toured Pearl Harbor. Attended his first Luau.
*T-ball at age 4. We stayed in the bleachers.
*Karate.
*Snorkeled with sea turtles and exotic fish in Akumal, Mexico.
*Helped create 150+ filled stockings for the Marines spending Christmas in Iraq, including his Uncle Cody.
*Became a big brother. And, it didn't ruin his life!
*Was baptised in the Catholic Church with his baby brother.
*Moved to Denver.
*Received a sweet kitty and named him Batman.
*Skied at age 5. Lots and lots of weekends in the mountains.
*Hiked the Rocky Mountain National Park.
*Played flag football. Chaotic.
*Snowboarding at age 6. Very "cool" for a 1st grader.
*Became a big brother again, this time to a sister. Survived that one, too!
*Visited Mount Rushmore, The Black Hills and Deadwood.
*Played tackle football. Mom prayed on the sidelines during the games.
*Attended Confession at church for the first time. Walked out with arms up in the air exclaiming, "My soul is clean!" Lord help us.
*Received his First Holy Communion.
*Was approached by a talent agency in Castle Rock and asked to audition.
*Moved to Kansas City.
*Drove cross country. Saw the Grand Canyon, Four Corners, Telluride, and Route 66.
*Surfed in La Jolla. On his own this time and fell in love with the ocean.
*Experienced Fall in the Midwest. Skied on slopes rather than mountains, but loved it, too.
*Had his artwork chosen to be framed and hung on the walls of the Olathe ISD Administration building.
*Became a fantastic reader with a genuine love of books. Nominated for the Junior Greatbooks program at school.
*Moved to San Diego.

Can't wait to see what his next 10 years bring!

Awesome! Loves the notes from the past 10 years!

Happy Birthday to Carter. He has had quite a wonderful life in his 10 years, and I am sure many more to come with you as a mom!!! You are doing great!

What a great recap of a fabulous 10 years! Can't wait to see what the future holds!!

Happy Birthday Carter!! What a fabulous 10 years you have had, lots of people don't experience that much in their entire lifetime! You have wonderful parents who have given you these unforgettable life experiences! May the next 10 years brig you just as many wonderful memories! Awesome that you got a night out all by yourself with Pa!! So cool!!

Its pretty sad that he's accomplished way more than me in his ten years. I need to get out more.

Carter's accomplished more in his 10 years than a lot of people do in a lifetime. Lucky boy!!!

Love me some Carter. I remember visiting in Colorado...playing Star Wars games...seems like yesterday but at the same time ages ago!
He's so grown up! I didn't know about this talent agency bit though!

Happy birthday to your handsome guy! What a fun birthday week! Love your list!

WOW! He has done more than some adults in just 10 years! I loved reading yoru list. I hope he had a great birthday.

What a great kid. A true testament to you and Blake and your parenting. Happy birthday, Carter!

He has done a lot in 10 years!! I am always so impressed that Carter is so close with the little ones. I would think most 10 years old would not want their little siblings in the classroom but he always seems to embrace it. That says a lot about your family. I hope to have family like that one day.

A town full of healthy fit people with a taco stand on every corner? That sounds suspiciously like hell.