Since buying it for Jack not so long ago, we've been uncertain about the advantages of the unique Bumbo chair. Seems as though everyone is trying it, but we're not entirely sure about how needed it really is.

Other than the novelty of seeing our little ones sit before they're able, our babies haven't had much interest. I know some people swear by and can't live without it. Feeding on the go and occupying the kiddo are both reasons friends have liked them.

So, instead of letting our $40 (entirely overpriced in my opinion) investment go to waste, I sunk another $10 into it to see if the Bumbo tray table adds to its appeal. The verdict is still out in this household.

Thus far, it has only launched Jack into a fury of proving that he can take the tray off and that anything on top of it is rightfully his. 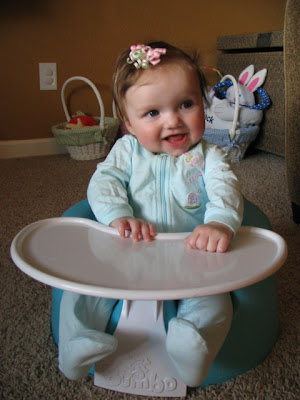 Carter insists on being present for any new item in the house and he asked to pose for a picture. 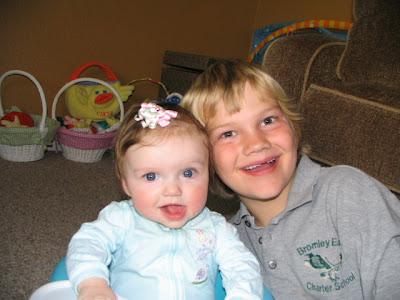 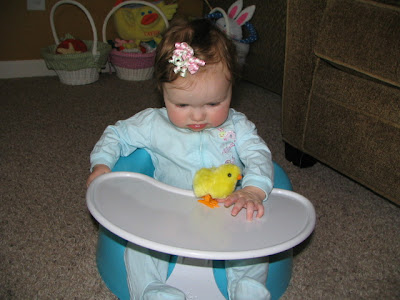 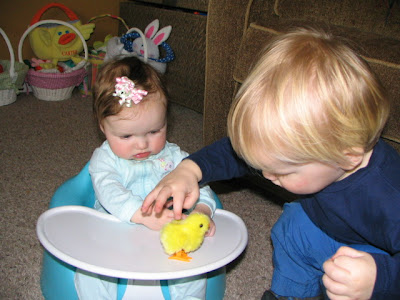 She is getting cuter and cute every day!!!!

She looks like a little present with those cute curly ribbons on her head!

I also have the Bumbo chair and tray, and I think I could have done without it too. Cason will not sit in it very long and starts pushing on the tray to get out. He also will not leave anything on the tray and pushes it all in the floor. Fifty dollars is a lot for a foam chair and plastic tray in my opinion as well.