Proof Our Kids Are Weird

*******While driving Carter somewhere recently, he saw the sign and asked, "Mom, when are we going to Hooters again? Because it's a nice family restaurant." Somehow I managed to gain control of the car after nearly veering off the road in total shock. If you know me well, you know I avoid such establishments. After inquiring further, I heard, "Pa took me while I was in Texas last summer."

Once more, I regained control of the car and reinforced my feelings on this restaurant and reminded him they were not for children.

"Anyway, I was talking about the bird."

Pa, I would ignore my next 20 or so phone calls until I recover from this one. 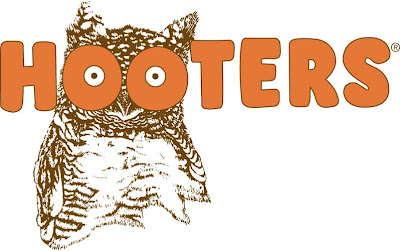 *******I absolutely love Spring because I gain about 2 hours of free time during the day that would otherwise be occupied with putting on coats, tying scarves, arguing over the need for gloves, adjusting hats and lacing up winter boots. Crocs make my life easy. They're so ugly, they're cute and I love them on children.

That being said, the littlest punks cannot EVER seem to put them on the right feet. I'm convinced (after Carter did this, too) that the "wrong way" feels more secure and so they're purposely do it. 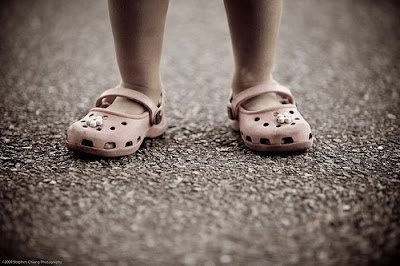 *******The idea of summer pjs is totally lost on our youngest two. Jack cannot stop pulling down the short sleaves on his shirt, nor can he stop telling me "Deze pants too short." Lainey refuses to wear one of the 4 precious sleeveless nightgowns I got her without pants underneath. I give up. 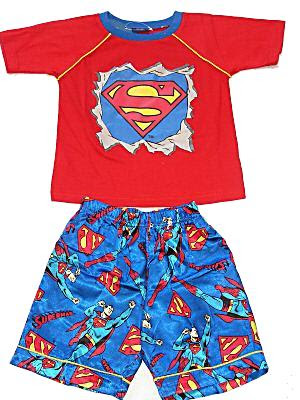 *******Lainey now assigns each piece of excrement (you're welcome) a name and standing in the family. "Oh, mom, yook. It's a baby. And, dare's mommy and daddy and brudder!" 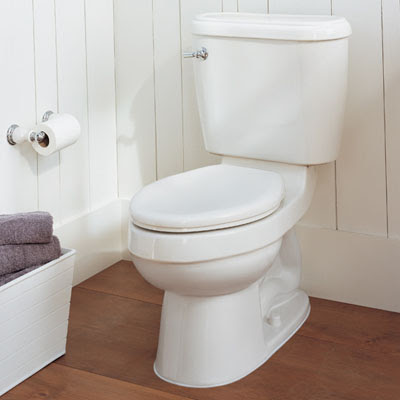 *******Carter's most recent favorite book is called The Unfinished Angel. He's begging me to read it. Not exactly a normal 3rd grade pick. Nor does it look or sound anything like his all-time-love, Diary of a Wimpy Kid. 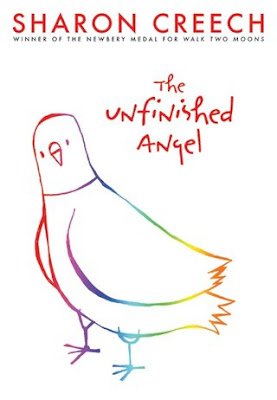 But, he could tell you more about the basketball brackets than most grown men. I mean, who the hell is Butler, anyway? I had to google the location! Of course, Carter knew.

As Pa says, "It's like talking to one of the guys about sports. He knows it all."

*******Jack thinks the Easter Bunny might be leaving him a Turbo Snake Drain Cleaner in his basket this year.

I have no idea why.


I can't make this stuff up, people.

Happy Easter. Back soon with pictures from egg dying, mass and hopefully a picnic outdoors tomorrow!

Have a blessed Easter!
~Gay~
itsahodgepodgelife.blogspot.com

Oh my... this post is so many kinds of awesome. The Hooters story? Bwahahahaha. I die.
And naming her poo... somehow, with every post, I find a way to fall even more in love with your unique little Lainey Bug.
Hope you're getting ready for an awesome Easter with your family!!

LMAO!!! She names it? Thats hilarious!!! I have to confess my 2 year old has been to hooters many many times! bahaha

Casey- you are hysterical. I just want to come and spend a day being a fly on the wall at you house. And then afterwards, we will all go to Hooters. While wearing Crocs.

I almost peed my pants! I love your family! I'm so glad you put those on here. It's awesome!! Made my Easter. Is that sad? Should be Jesus made it. He did, but your kids made it too!

We need proof your kids are weird? Don't think so.

And about Hooters... oh, man that is hilarious... Happy Easter!

I love it and can actually agree with most so I would say we are normal :). My kids call shorts short pants it is hilarious. Shoes are always on the worng feet and it wouldn't be a holiday if they didn't get something "As seen on TV" for a gift!

Hope you are having a fantastic Easter!

This is magnificent.
Naming her excrement? New low, Laine, new low. But hilarious nonetheless.
You'd be a fool not to get Jack what he REALLY wants for Easter.
And Carter? The bird is what it's all about, you know.

We have a snake drain thingie and my boy loves that thing. Who needs toys? I hope you got him one.

THis is random, but I love the editing/effects of the pic of Lainey's Crocs.

There is a children's picture book where all the poop has a name. Weird, but evidently not that far fetched!

Has Carter discovered the Percy Jackson series? Preston is hooked on it!

Allison, I borrowed that pic, but have actually been playing around on some photo editing sites. Will post about it tomorrow!

Happy belated FF! Loved looking around your blog and I'm your newest follower! If you get a chance, please stop by and follow me too! Have a great day!

You are so funny! LOL I almost peed my pants when I read this post!

Hope you had a fab Easter...can't wait to see pics

How funny! Bram is obsessed with the snake drain cleaner, keeps asking me if I want one.

And our crocs are always on the wrong feet. I never thought about how they feel on their feet.

I love your little weirdos.

Did you really just use the word: excrement??? I know you're not one for bathroom humor, but can't we just say poop??? Lordy mercy.

A little Hooters never hurt anyone...Dave drags me there every once in while. I survived....but then again I am not a child.

Bia asks me every day if her croc is on the right foot - too funny! I agree they are so mch easier thatn socks and shoes with laces! BTW - my kids have been to Hooters - guess that's not helping with the MOTY award huh?

Ok, I have to agree with the kids on the jammies. I'm weird like that too. I HAVE to wear pants to sleep in. Even if it's summer.

Most shoes are always on the wrong feet with Missy Mack, but especially with crocs. I agree, the most perfect summer shoe. I need that snake thing!

Oh, and... I haven't read that Sharon Creech book, but she is a GREAT author. I would love to hear what you think.

Names her excrement? Is it wrong I still refer to it as the "Captain's Log"?