The Most Patient Cat EVER

Every now and then I'll notice that Batman is missing throughout the house. Usually, he's locked in a room somewhere that Carter had him in previously. He loves to trap him because Batman often runs when Carter comes near him.

I caught the two hiding in Carter's closet today. Well, let me re-phrase that. Carter had Batman in there doing a light show with his planetarium wand. That poor kitty. Notice in the second picture...he's trying to make a run for it! 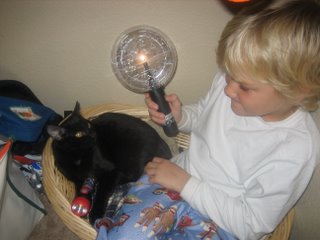 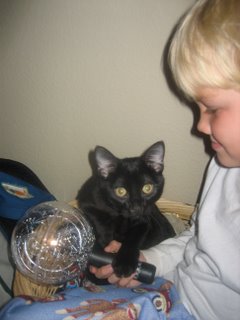