The Elf On The Shelf arrived today and it is even cuter than I had imagined.

I saved it for the kids to open after Carter got home from school. After reading the book and watching Jack say, "Whoah!!!" over and over again at the colorful pages, Carter decided on a name. Stephan. Pronounced STEF-AWN. No idea why or where that came from, but it was that or Destiny. I felt good about Stephan.

At age 7, the magic was there for Carter and he even sent me out of his room quickly after our nightly prayers in hopes that Stephan was heading out to the North Pole......to report that Carter had gotten a "smiley" at school and also was nice to his brother and sister tonight. He invited a friend over for dinner and was so proud to show off our new addition.

If you decide to buy it, I highly recommend purchasing it on-line because of the cute packaging it comes in. I told Carter I had ordered it from Santa's Workshop and the presentation supported that. A very cute tradition...

Stamped from countries all over the world....traveling far to make it to our house. 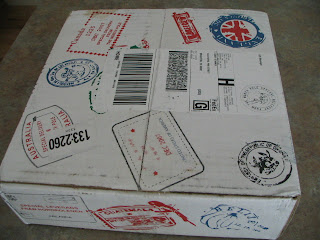 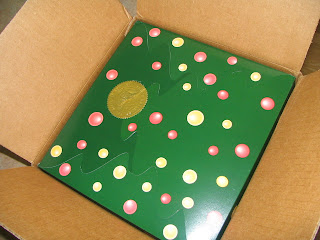 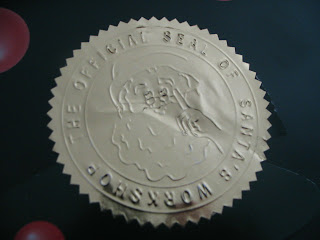 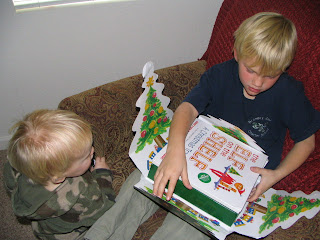 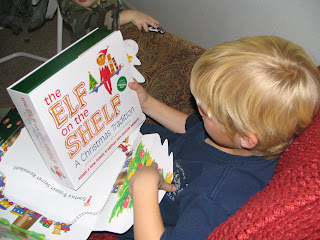 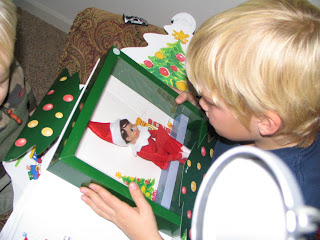 And, we place him on the mantle. 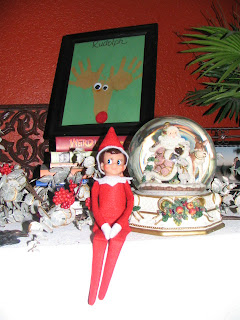 Wonder where he'll be in the morning? 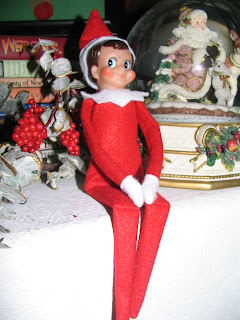 I love that it's an old school looking elf!

Stephan will have to meet Kirby...our elf that arrived 2 days ago! Thanks for the idea and the new tradition! He is on our mantle too!

I love how creepy looking he is. Natalie sent the link for her sister in law. Love it!

I should own stock.

Seriously, though....it is a darling tradition. Glad everyone loves it!

Thinking of ordering this - very cute. You're in good company. :) http://www.imnotobsessed.com/2007/11/21/jennifer-garner-leaving-a-nyc-hotel/