So, I think it must be obvious that we love all things Christmas. It's barely into December and we've watched Christmas Vacation a multitude of times and more than most would be willing to admit. Carter is actually the driving force behind the viewing this year and I'm not sure it's because he loves it as much as we do or because it's one of the two PG-13 movies we allow him to watch. This, because it's brilliance captured on-screen and Titanic because we want to encourage Carter's love of historical movies.

Last night, we attended the Denver Parade of Lights and it was all that we hoped it would be. We are parade people and used to attend the Neiman Marcus Adolphus Children's Parade in Dallas (held this morning, actually) and also the Fort Worth Parade of Lights each year. Missing both of those and our traditions from Texas, we ventured into this new one and were not disappointed.

It was super cold, but we bundled the kids up and gave it a try. A few pictures...

The first layer goes on Jack. PJ's underneath. 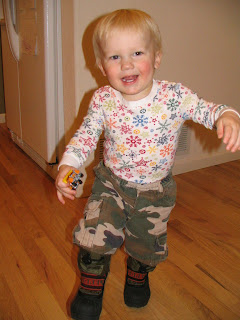 Lainey staying warm in her new ultra-warm, sheepskin Bundle Me bunting that attaches to her carrier. We're getting the hang of this Colorado weather. 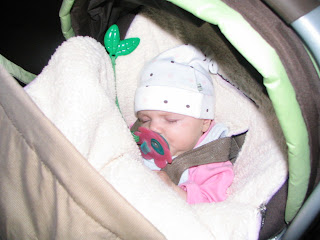 Blake bought Jack this light up circus-type toy and he loved it. For at least 3 minutes. $5 well spent. 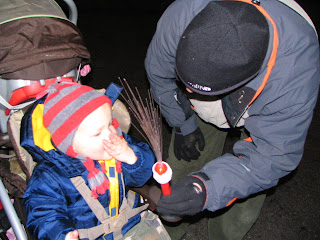 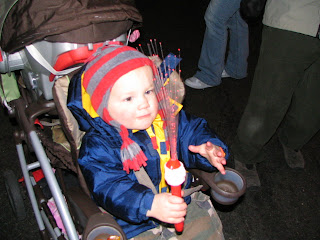 Denver embraces the holidays at an almost overboard level which is a good match for our enthusiasm. I tried to take a picture of some of the downtown buildings illuminated by Christmas lights just by the capitol. My photos don't do it justice. It's BEAUTIFUL!!!! Be sure to check it out here for a better account. 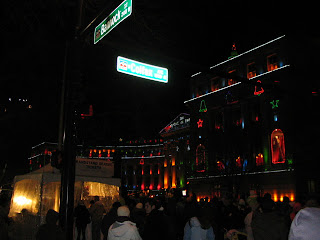 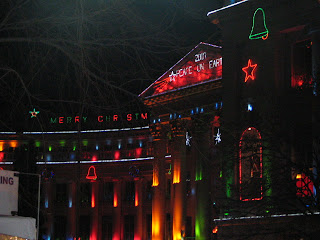 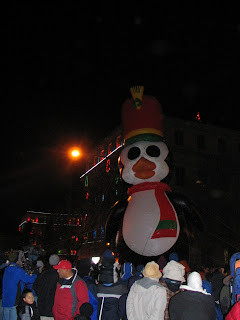 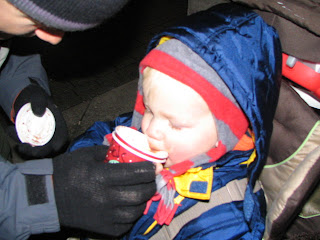 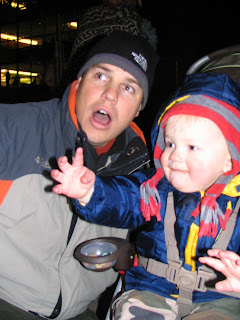 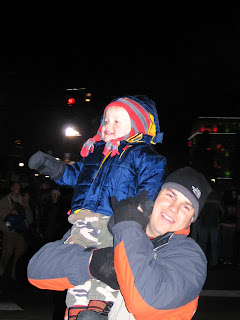 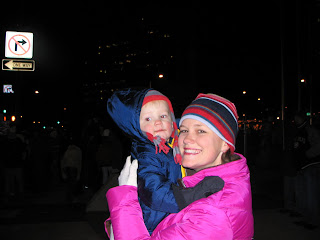 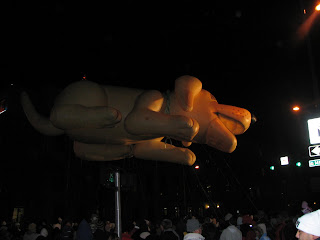 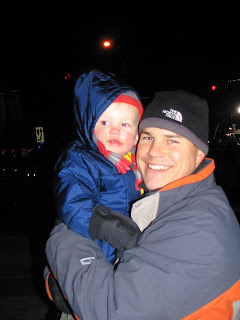 This is what the beginning of an attempted family picture looks like with this group. Me asking a random stranger to try to capture us looking "normal"....Blake chasing after a sippy cup thrown by Jack....and Carter trying to stab his brother with his $6 plastic light up sword. Because what is a holiday celebration without a weapon for the 7 year old?

Thank you, random stranger, for documenting this truth. 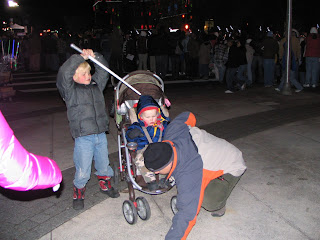 And, finally we pose and almost look put together here. 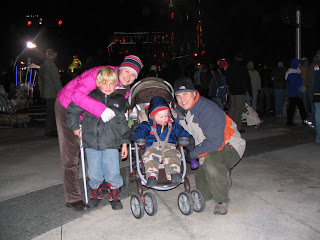 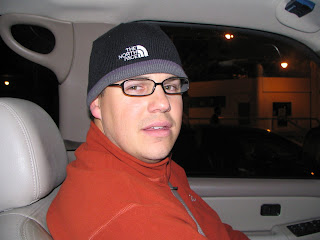 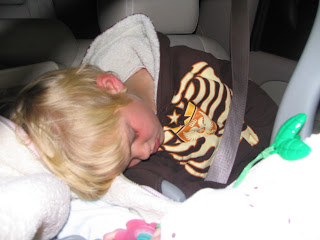 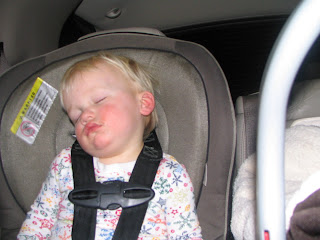