We had a nice Christmas morning at the Starnes house, starting at 5:20am. I woke to find Carter coming down the hallway asking if he could go see what Santa left.

We told him it was OK....to not open anything...but check out the Santa gifts and stockings. He came back exclaiming, "I got a TV!!!!!" His reaction was priceless, even in the early hours of the morning.

Our children receive one gift from Santa, opened and out in the living room...and the rest is from us, wrapped and under the tree. Carter chose a TV for his room, which we've always shied away from. However, with the babies taking over the playroom, we thought it was a good idea to give Carter some space and the privacy he deserves, upstairs and out of the baby traffic. We're currently working on the transition...of his new TV, DVD player, Play Station and more....all for himself with no Elmo videos allowed.

Jack got a Push and Go Buggy and Lainey, a baby doll. We try to keep the gifts within reason...nothing too outrageous or expensive. Our efforts in teaching Carter charity and giving were validated when he received two copies of a DVD and suggested we give the additional one to charity. We just might be doing something right in raising these kids after all. Don't get too excited, though. He called his brother a "dufas" shortly after.

Blake and I exchanged a few gifts and after he opened Jack's and me, Lainey's, it was on to playing and spending a quiet day at home. Our venture out to The Grange was canceled and the roads were too risky to drive south of Denver to visit the Hollingsheads and Faenrichs like we wanted to. We got several inches of snow on our white Christmas, so we stayed in and enjoyed the beauty from here. This was a first for Blake....in his 32 years....never had he stayed in on Christmas day and not spent at least part of it with extended family. While we missed everyone.....especially Caroline....we did have a nice time inside focusing on the kids.

A few pictures from our day.....hoping yours was great!

I love this one...Jack lining up various cars and trains. 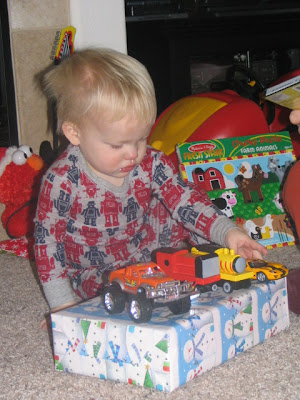 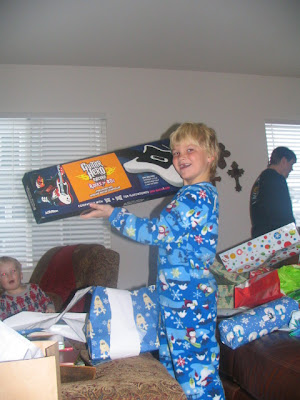 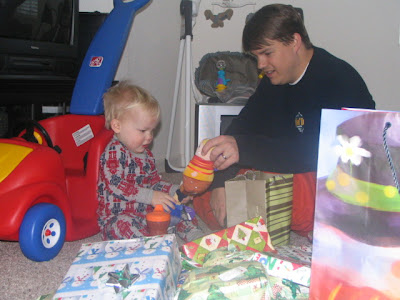 Many of his gifts brought on wonderful reactions.....but I managed to capture this one only.....after he opened a Darth Vader Giant Pez dispenser. 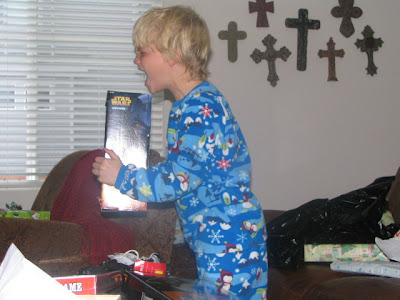 Thanks, Uncle Chris, for these "educational" maracas. 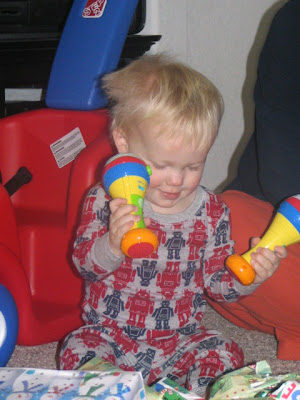 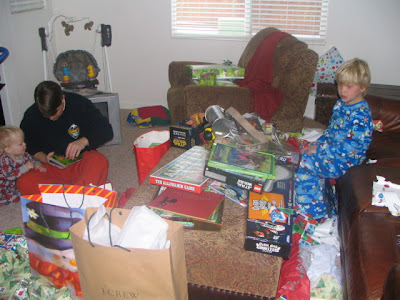 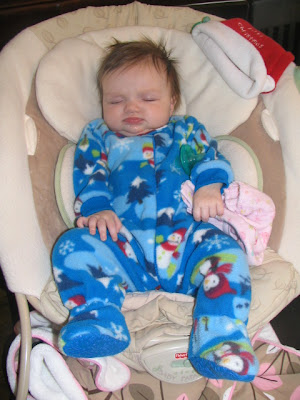 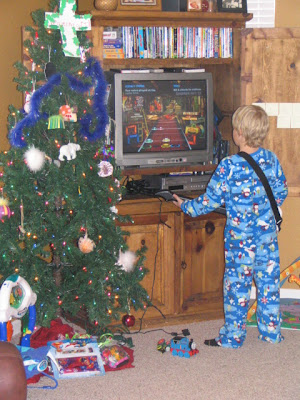 Here is Blake with Lainey, after giving her a gold necklace with a pearl on it. A sign of things to come..... 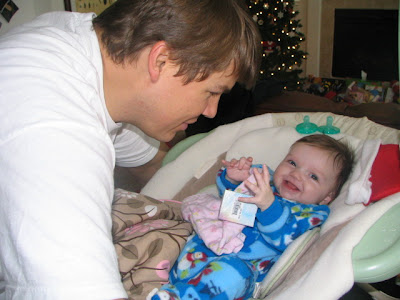 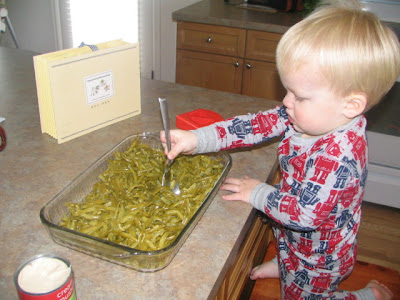 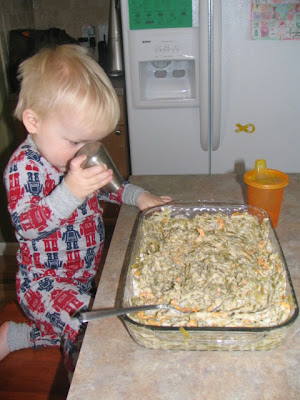 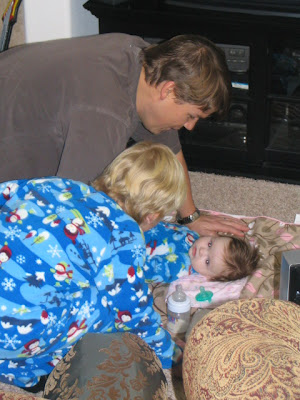 First time in the Bumbo chair. 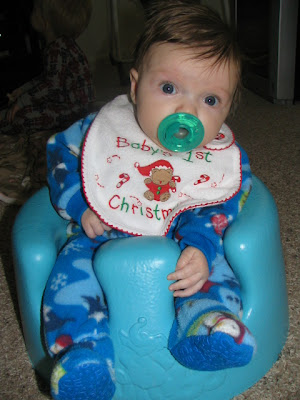 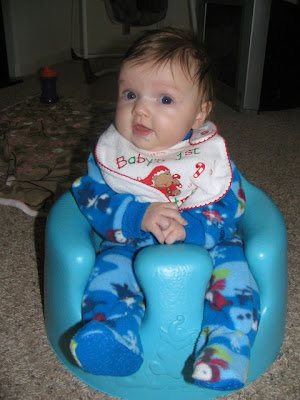 One of Jack's favorites.....the Elmo camper. 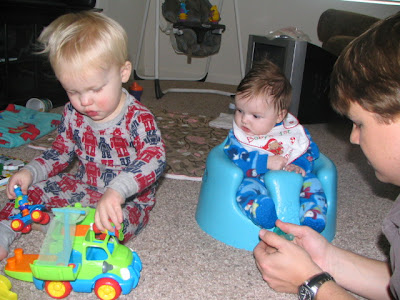 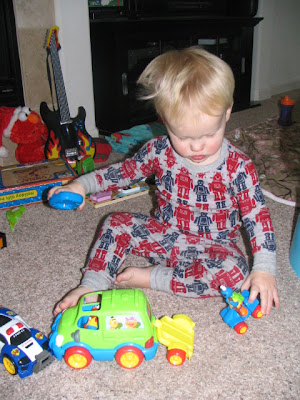 Dinner time....Jack eating his on his own with relatively little mess to clean up! 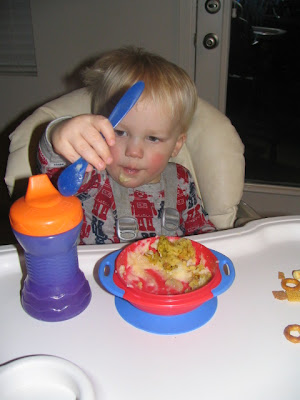