Back from our Christmas Vacation and it was not without its struggles, including a 3 hour drive home through light snow and lots of traffic. We timed it well, actually - except for this - lift lines were short, restaurants were not too crowded. But, the car trip home was tough!

We stayed at the Pines Lodge and it was not as fabulous as we had been told, but nice enough for what we paid. Unfortunately, it was not as close as we had anticipated. Next year, we'll know more.

Despite our few challenges, which always come while traveling with kids, we had a great time. The snow was good. The mountains were beautiful. And, the boys did well snowboarding for the first time. Many pictures to post....I'll start with some here and finish later. Still much laundry to do!

Traveling with 3 small children has proven to be interesting to say the least. At lunch yesterday, we were a total spectacle. Jack screamed through the restaurant, Carter spilled a drink, etc. Blake and I just laughed and looked at each other occasionally, as though to say, "What have we gotten ourselves into?!" And, this is nothing compared to next week's adventure. 2 flights, 4 nights away from home, and did I mention flying with Jack? It will be interesting!

Carter getting ready for his first snowboarding lesson. 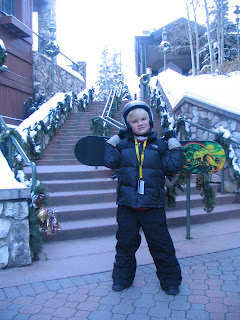 Blake pushing the big rig (aka, our stroller) through the town. There are few people brave enough to bring a baby into a ski resort, much less 2! 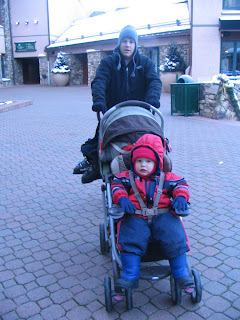 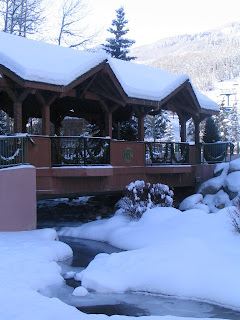 Jack wanting so badly to chase after the Zamboni preparing the ice for afternoon skating. 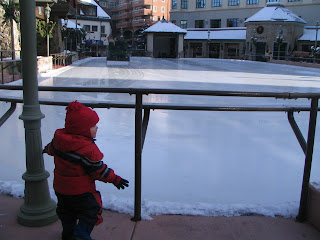 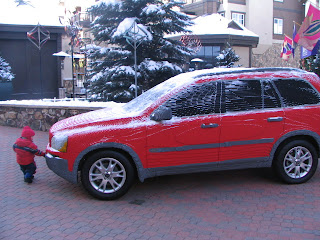 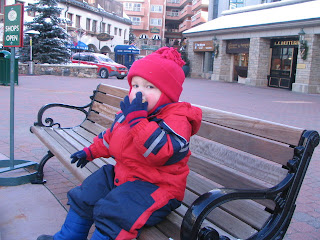 Here is Jack taking a break at Ford Hall, where we sit inside to keep the babies warm when needed. He's holding Blake's Ipod here and acting like it's a phone. 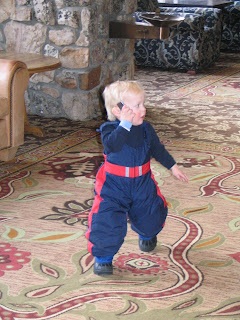 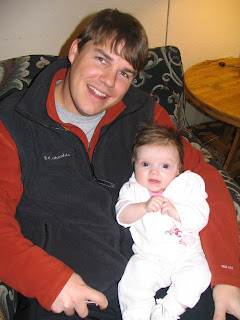 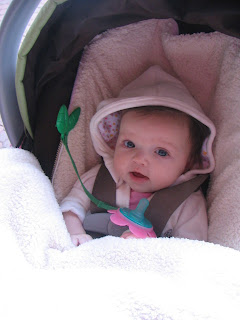 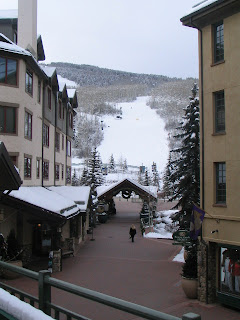 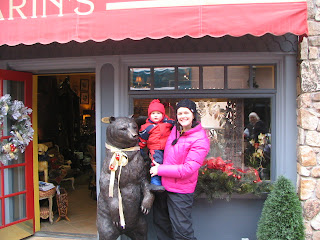 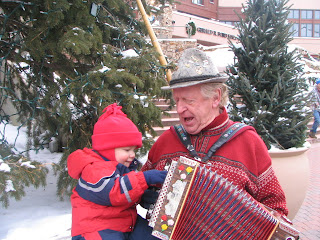 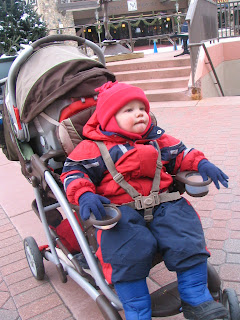 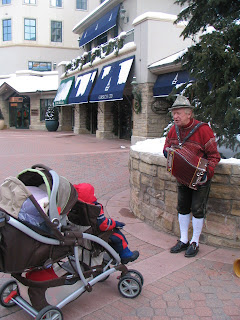 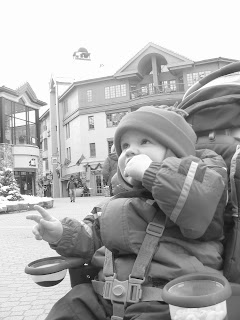 He's been playing at Beaver Creek since 1980 and before that, at Vail. 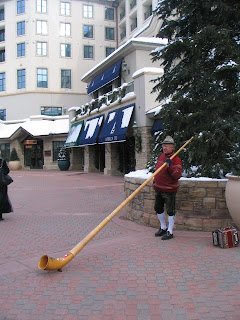 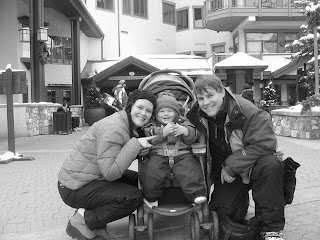 Cookie time! 2:30....waiters bring out warm chocolate chip cookies to kids and skiers near the Centennial Lift. This resort is all about service. 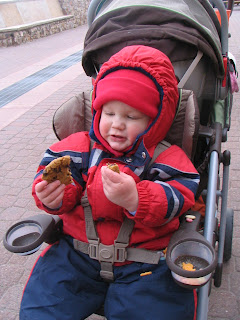 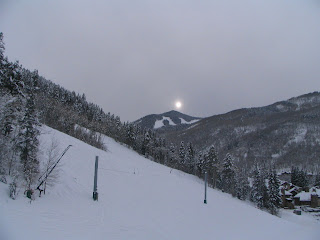 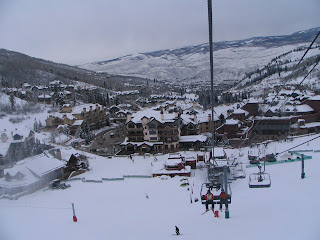 It was snowy and cold most of our trip, but something you expect when skiing this early during the year. 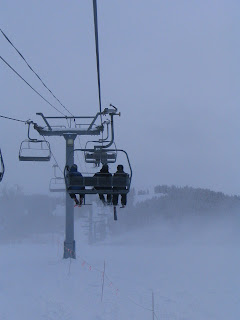 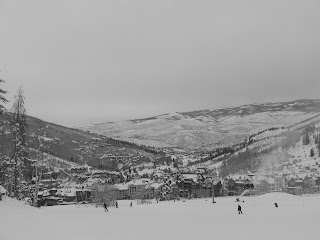 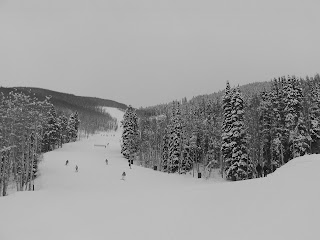 Done with his lesson....and he did amazingly well....this kid is a pro at winter sports. 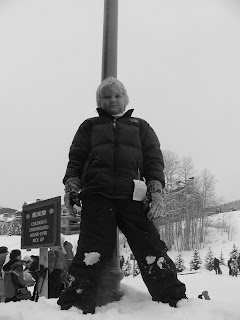 With his snowboarding instructors, Angela and Jo Jo. 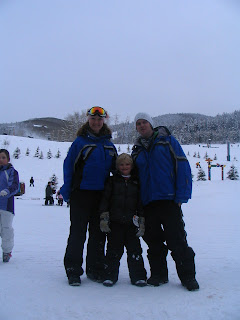 Jack scored a few French fries from the cafeteria at McCoy's and carried them around for about 10 minutes. 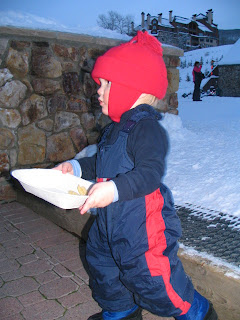 By the fire pit near the new Buckaroo Lift. (Pictures later).

Looks like you had the best time. Carter is great at snowboarding! Does he like it better than skiing?
LC looks so big! I hope I get to see her next week!

He likes it better than skiing, actually. There is a certain "coolness" to snowboarders that we skiers do not achieve.

Can't wait to see you!