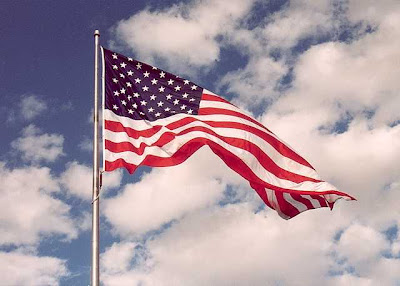 So, President Obama is scheduled to speak to students next week. Cause for panic? Probably not. Do I agree with his stance on most issues? No. Will I encourage Carter to listen to and learn from his speech? Absolutely.

While my views differ from the president's in many cases, I show nothing but support and enthusiasm when discussing such issues with Carter.

Frankly, I'm over the notion to hate Obama simply because I'm a Republican. This very behavior was everpresent during George Bush's two terms and I feel my party is in a frenzy trying to equate the same lack of support.

Our nation is a mess right now. People are struggling on many levels and while I don't think Obama is on the right track to fix our problems, I don't see how making our kids panic over a speech is helping anything. My role as a mother is to raise an independent child fully equipped to think for himself, thus deciding on his own whether our government is succeeding or not. And, you know what? He doesn't care. He's an 8 year old boy. His mind is focused on soccer practice and the Diary of a Wimpy Kid book series. And, I prefer to keep it that way.

Email ThisBlogThis!Share to TwitterShare to FacebookShare to Pinterest
Labels: politics

Ryan and I were discussing this last night. I agree with you...it is a part of history and why would we have our children not be a part of it! Kids are often guided to their beliefs...like little clones. I think parents should let their kids think for themselves (within reason of course).

You are so right - we had a call from school that if any parent did not want their child to listen, they needed to notify the school, etc., - he's in FIRST GRADE - he's not going to get it!!

We had a letter send home seeking our permission to allow T to watch on Tuesday. We will be signing it. He won't be paying that much attention but I don't feel he should sheltered from anything the President has to say.

Since my daughter is in Kindergarten, I couldn't agree more. I think our children should respect our leaders, but I also sincerely think we as parents need to let them know it is ok not to agree with the viewpoints of our country's leaders (either now or in the future) but to do so in a respectful manner. I wish we would have learned from all the bashing that President Bush received from the opposing party, and that we as Republicans could take the high road (myself included). I think that is why I have such a love/hate relationship with politics!

I could not agree with you more!!! However if we did have a kid at this time my husband would be that parent who would not let the kid watch. He is that Republican. We are working on that. I think it is important to teach kids to respect the president...he is out leader.

In my opinion...it's not that much different than if the President of the United States came to your school to read a book...much like Bush did. If the President came to your school to read a book...would you let your kids attend? I would like to think yes...also he'll be talking about staying in school and education...i sincerely doubt he would try to push health care on a bunch of kids...the speech can't be longer than 10 minutes....and like most of ya'll said...they will likely not be paying attention...

but then again I am probably the only Dem reading your blog...there I said it...

That's great that you see it as a learning opportunity and leave the decision up to your children!
I couldn't agree more- even though Fiona wore an Obama shirt last year :-)
I think it's crazy that kids have to get permisson to watch the speach though, they don't have to give permisson to learn about different presidents in history class, right?

I completely agree with you :)

oh, i'm with you. i do not agree with the way he's handling things, but i don't hate him.

i just strongly don't agree! there's a LOT i would change about the republican party too...

no biggie for the kids to listen to him and respect him! after all, he is our president. an office worthy of respect.

Totally agree. I am not a fan of Obama, but he is the Pres...so you have to be somewhat supportive. Here there have been debates and polls all over the news about whether or not to make the kids listen to his speech. I say yes! It is how you learn.

OH, and love the family pic. I haven't been to the FaRm in a while... Hehe.

I agree.. not into Obama but at least he's not talking to them about healthcare! LOL!

Let's wait and see how he handles the problems that he helped to create...not ones that were handed to him. Then we can judge!!!! This country is full of firestorms right now. But to shield a child from listening to a man who is the leader of the free world talk about the importance of education is ridiculous. Of course, we weren't allowed to watch it live in my class....sad! I'm glad to know you feel that way :)