We've had a few days with flurries recently, starting on Carter's birthday, but this was our first "big" snow. It's so pretty. I love it. I so enjoy living with 4 seasons.

While Carter was at Religious Education, I took the monsters out for some playtime.

Not much cuter than a little one in a snow bib. 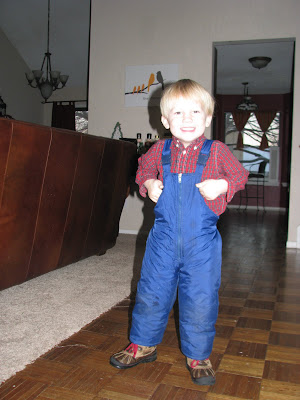 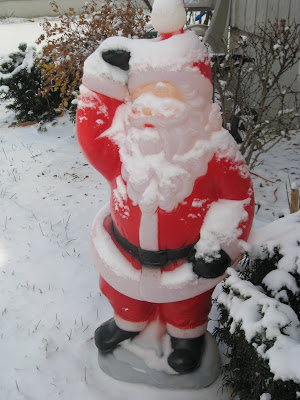 Snow is so magical. Well, for most kids. Lainey doesn't like the cold. At all. 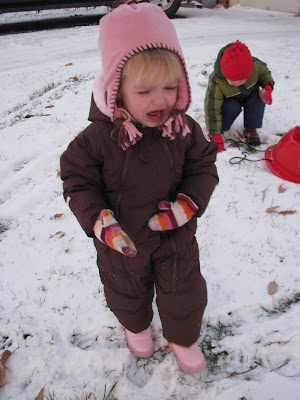 Know what she likes even less? Jack in charge of her fate. Can't say I blame her. She won't let him pull her in the wagon, push her in her cozy coupe and she certainly doesn't want him pulling her in a sled. Smart girl. 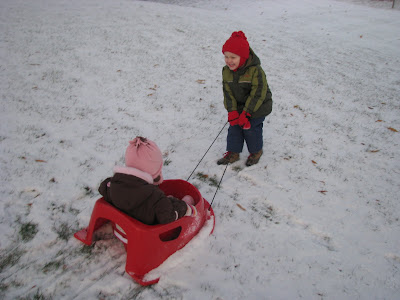 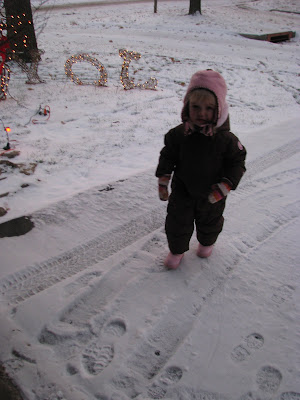 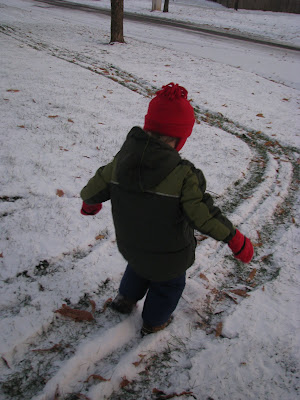 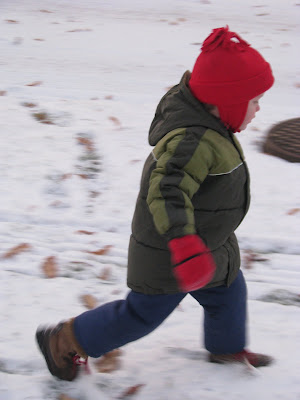 Our moose even looks cold. I believe it was 9 degrees. 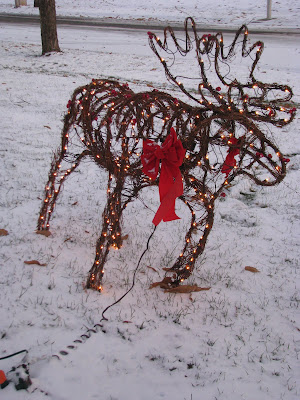 Every one of our trees - inside or out - ends up looking like Charlie Brown created it. 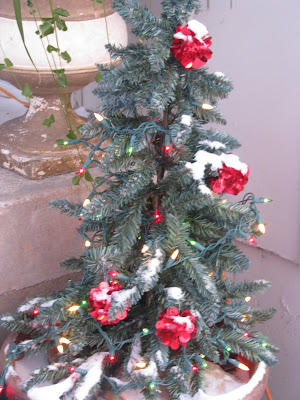 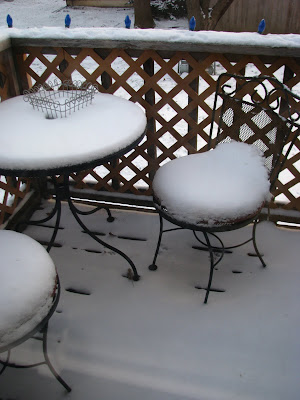 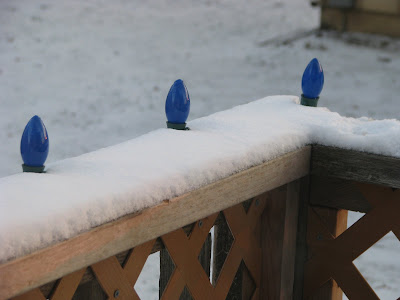 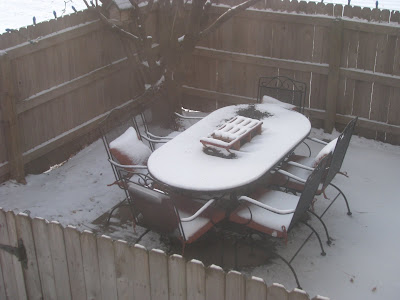 I finally gave in to Lainey's whining and started steering the troops indoors. Then, she decided she liked the snow and wanted to play. Of course. 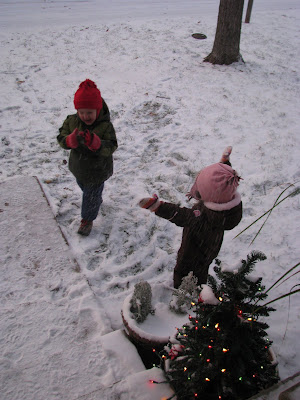 And, suddenly it was magical. 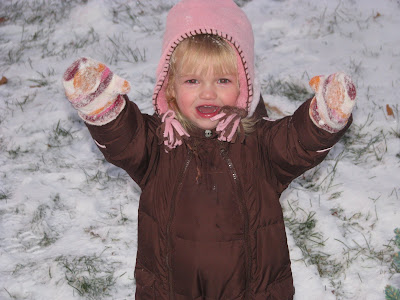 I do believe there is hope for her. 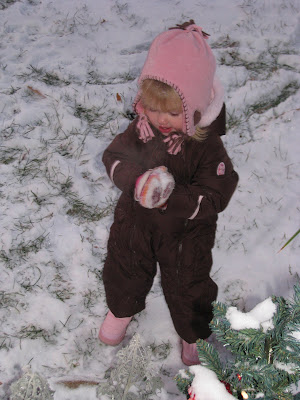 Either way, she is the cutest snow baby. And, that's all that really counts. 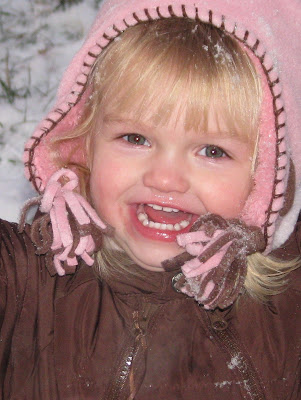 Email ThisBlogThis!Share to TwitterShare to FacebookShare to Pinterest
Labels: Kansas

Great pics. Love the one with the blue Christmas light.

Look, Lainey is too delicate for cold weather. I feel her pain. I can't function in cold weather...my fingers don't work, I can't leave the house, etc. Maybe Blake's job will move you South and Lainey will develop a love for the beach! 4 seasons, 4 schmeasons.

She was probably scared of tacky santa...I don't blame her!

You are hysterical! I love your blog and I love the Charlie Brown trees. And I didn't know that we were SEC buddies. We'll have to get together next time Alabama plays LSU.

Yes, she is definitely the CUTEST!

I miss snow days!! It was 80 degrees and ridiculously humid here today!

She is the cutest snow bunny - and yes that is all that really matters in the whole scheme of things.

I love it I love it! Soooo pretty and cute!

I think I need a cup of hot chocolate now. :)

Jack in charge of her fate is definitely worse than snow. Definitely.

Case, it was FREEZING yesterday! I can't believe yall were outside! Josie wouldn't even go out to pee. I'm considering plastic puppy boots. Yeah?

Carrie - HUSH. Tacky Santa is fabulous. Even Coco liked it.

I'm with LC - too freaking cold outside. I think she wanted to like the snow but couldn't stop shivering long enough to enjoy it.

Wish we would get snow here like that. So magical, you're right! But I DO NOT like the cold--only like it when it snows. Then I'm done.

There is so much snow here that I think we are past the point of magical. Great pictures, stay in and keep warm.

I love snow! I wish I was in Mammoth, CA right now!

We have the same hat Lainey is wearing! Watching little ones in the snow is so much fun! It even makes shoveling the driveway (for the 3rd time in one day) worth it! Glad you all are enjoying the snow! We made it to 10 degrees today, right now we have the same kinda weather!

Precious, precious little girl...love her! And smart too. I wouldn't want my big brother in charge of my fate either. She's a fast learner!
Love tacky Santa...though I wouldn't put him in my own front yard. :)