Jack's birthday gifts from Caroline arrived this week and we let him open both of them. This has been quite an emotional process for him this year. He sees a gift...understands it's for him....and then becomes unglueded because it's not immediately opened and his prize is revealed. The anticipation is simply too much.

For example, a monogrammed hooded towel sits in this box, but by the time I was able to open it, he was a total wreck. 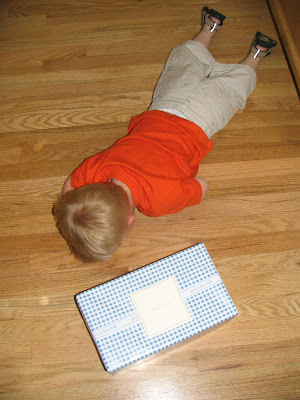 Pictures of him in the towel to come.

Next, this bigger gift arrived and he couldn't get the bag open. I helped. He tried so hard to wait patiently. 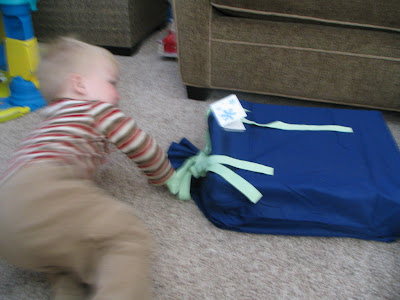 And, inside.....a Thomas the Train tent!!!!! Just what this house's decor was missing. 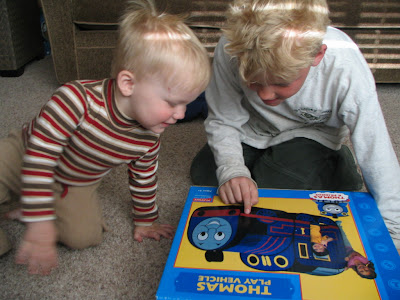 It's enormous and too pretty for words. 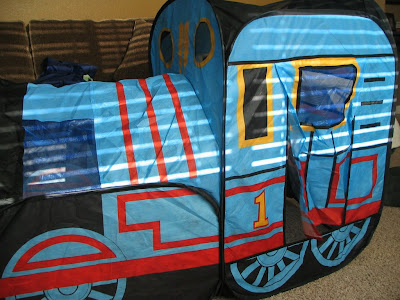 And, he absolutely loves it. 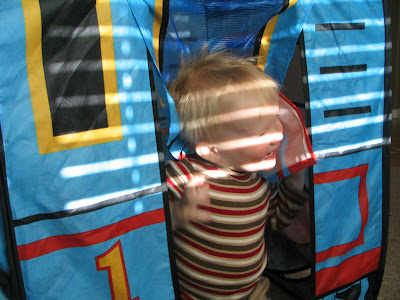 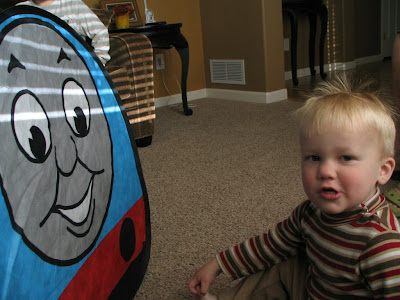 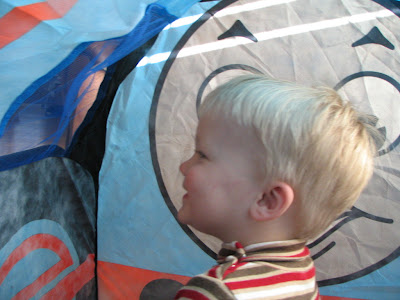 He loved throwing himself inside and out of it. 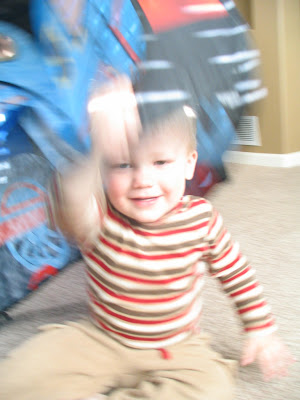 Batman and Carter are fans, too. When the boys are busy, Batman will actually get in and go to sleep. I guess he likes the seclusion. 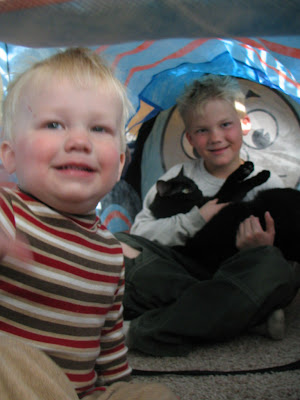 Thank you, Caroline. You did well. And, even though the train is hideous and enormous and constantly moving through the house now by either the cat or the kids, the joy it brings to Jack is immeasurable and I'm grateful for that. You bring so much happiness to his life.

I love it, and I'm so glad Jack loves it!