Our Return To Elitch Gardens

The first day of Elitch's was a ton of fun. We were last there in October for Fright Fest and Jack had just begun to ride a few kiddie rides. 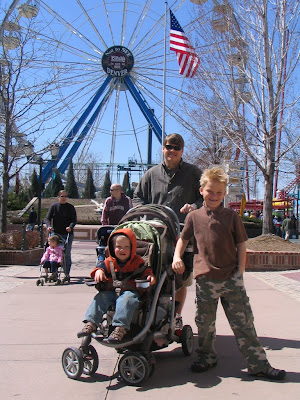 First ride! Jack did well on this one. 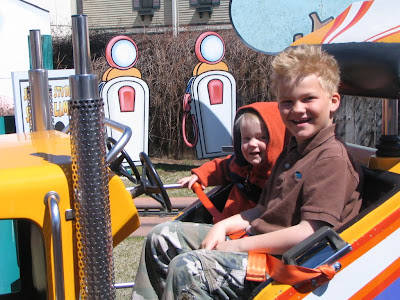 And, the next took some persuasion, but he liked it eventually, too. Carter was a good big brother, as always, and took him on the little rides. 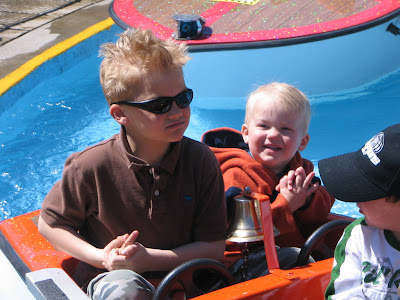 Mama and Lainey watching the boys. 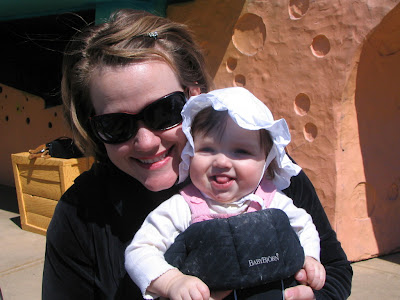 This is when Jack switched gears and became afraid of the rides. 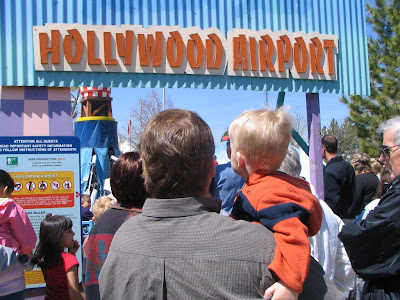 He cried as soon as we put him on the plane, so he was quickly removed. Poor guy! I have a feeling this season of Elitch's will be full of lots of indecision. 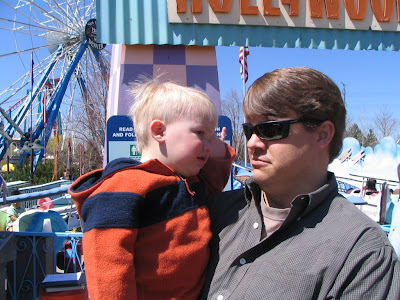 Carter loved it, though. 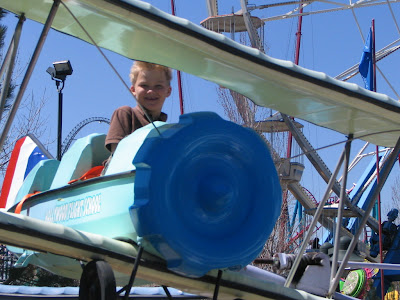 The Ball Party was a big hit like last year. 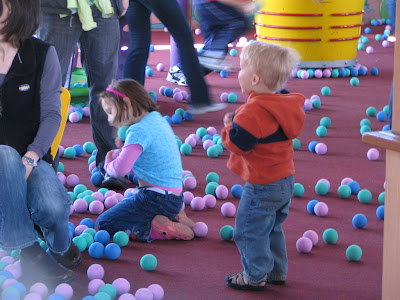 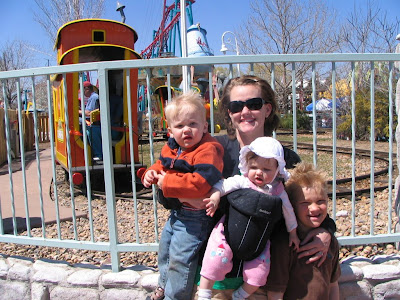 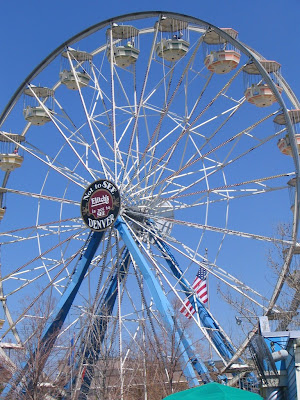 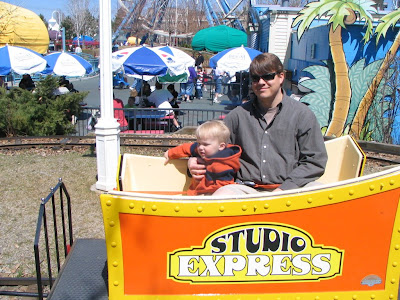 Jack had an Icee given to him for a taste at one point and didn't return it. That much sugar should be good for him. 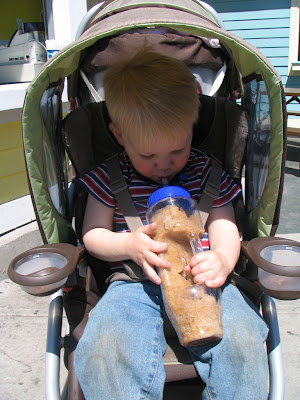 Daddy and Lainey. I love when he wears the Baby Bjorn. 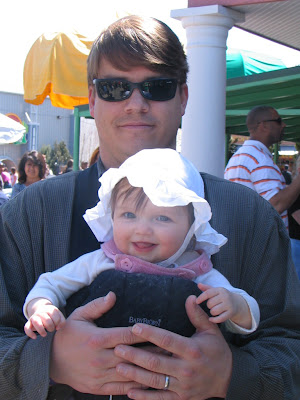 Carter loves these dance routines and they ask for volunteers. He stood up and wanted to participate until they turned around and he was right in front. Sweet boy. He quickly left the dance area. 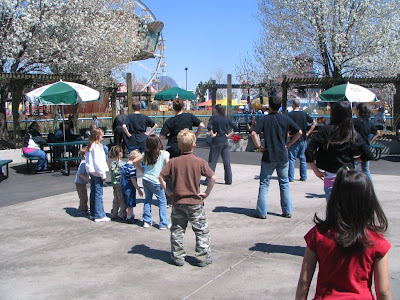 Jack walking off randomly. We need a kid leash! 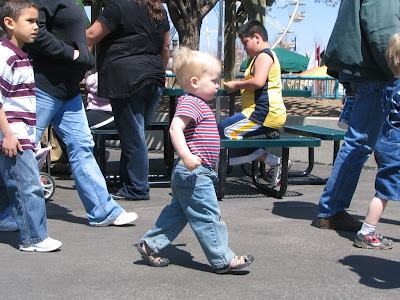 Time for a few games in the arcade. 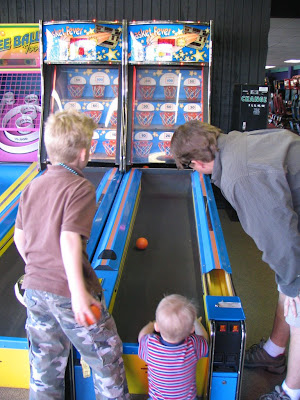 This was a big step.....Carter going on such a big ride. He and Blake are in the last row. 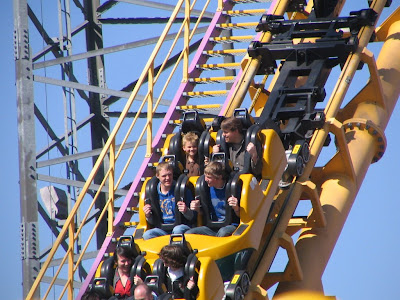 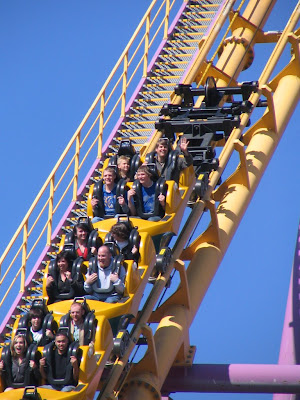 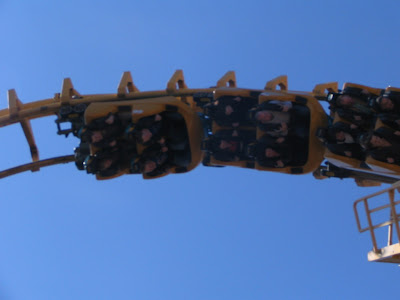 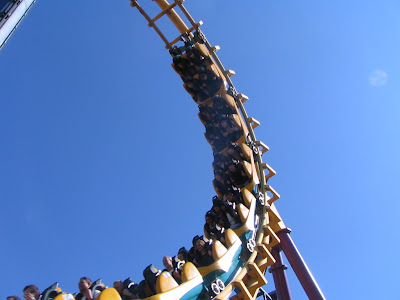 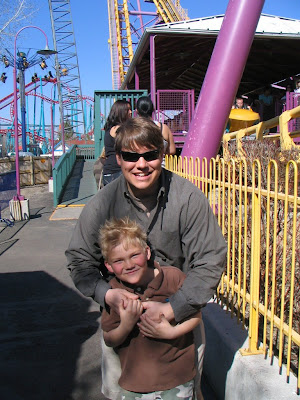 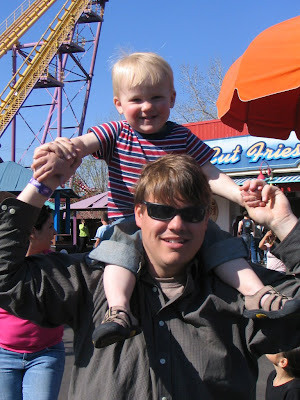 Back to the Ball Party. 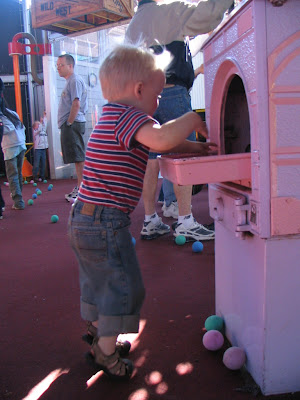 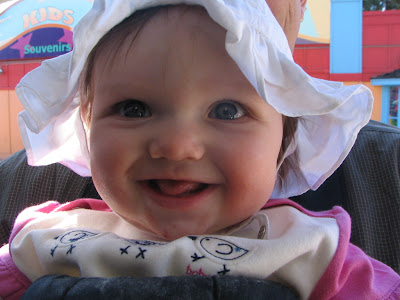 Scrappy boy with his Icee again. 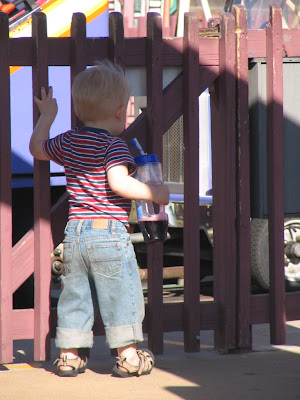