More from our 2nd visit to Halloween Haunt at Worlds of Fun. Last trip of the year is tomorrow....they close November 1. We'll be back next year! 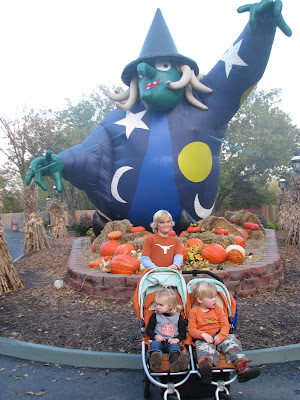 Loved this......some of the cast members (including the monsters) dancing. 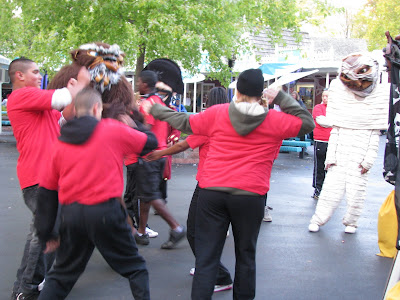 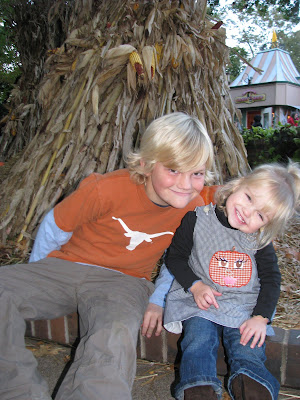 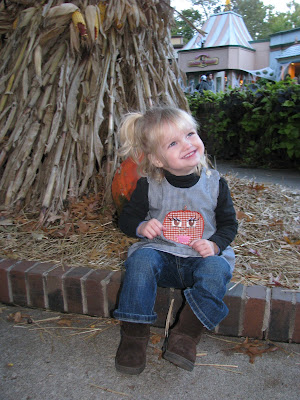 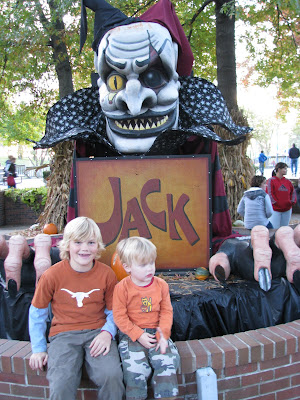 Jack was intrigued with this pumpkin. 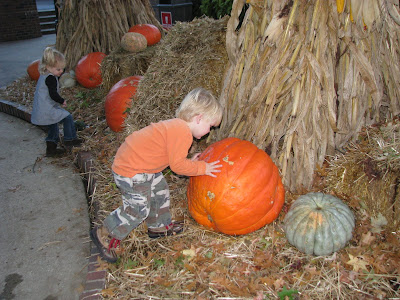 We were totally thrown off. Then, Blake remarked on how many dozens of people likely sat on it before he touched it with his mouth.

The one vegetable he's ever made contact with. Figures. 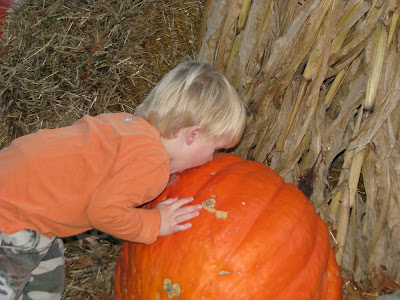 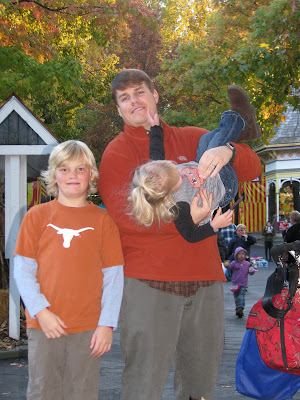 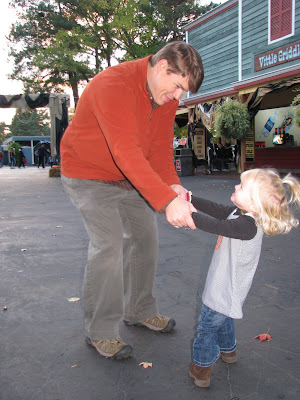 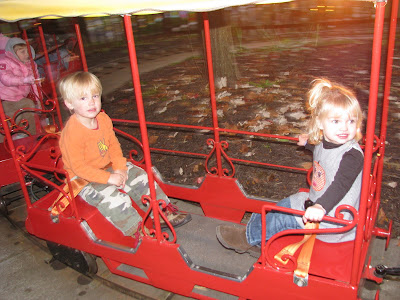 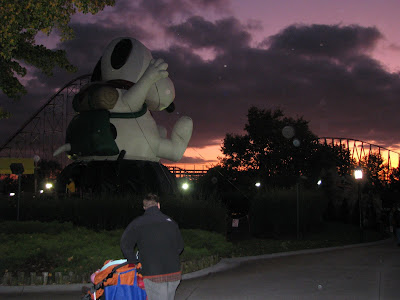 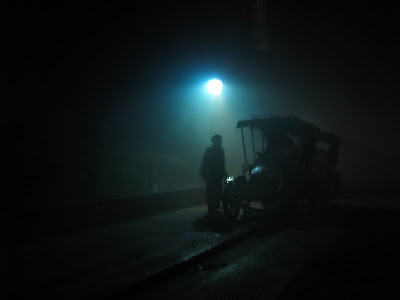 Carter took the wheel. Jack and I sat in the back and ooohed and ahhed at everything. 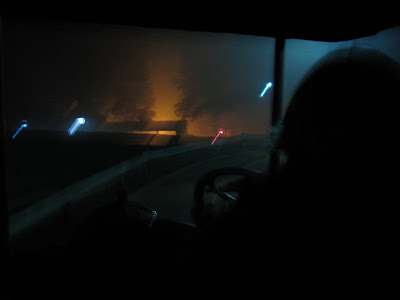 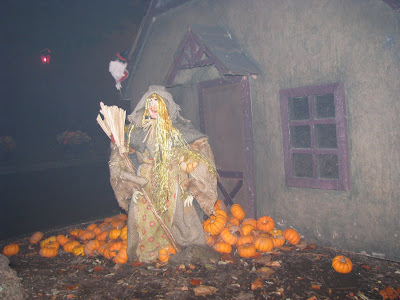 Spooky stuff. Another disclaimer: the toddlers were not subjected to anything mind-warping or nightmare inducing. We're not total morons. 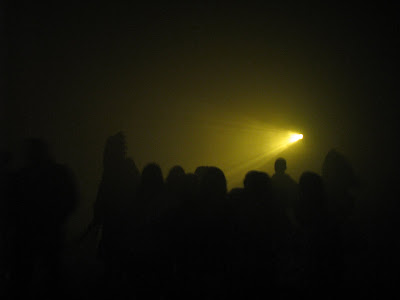 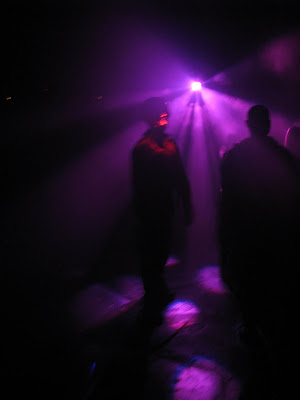 Skee-ball isn't scary, is it? 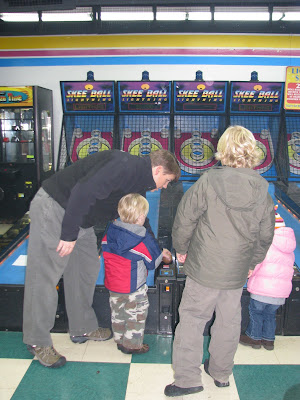 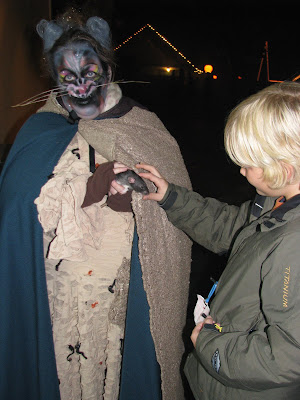 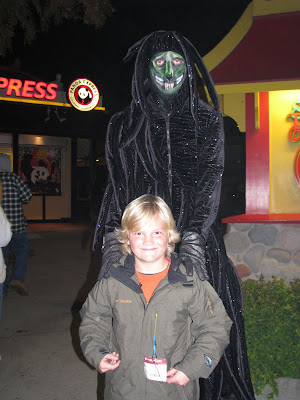 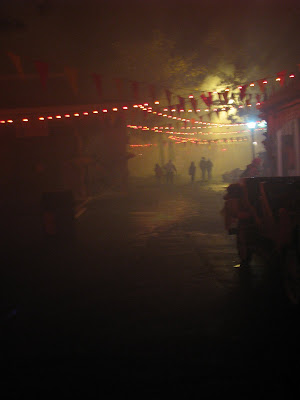 Elitch's in Denver did this, too......crashed amusement park cars. Clever and disturbing, all at the same time. 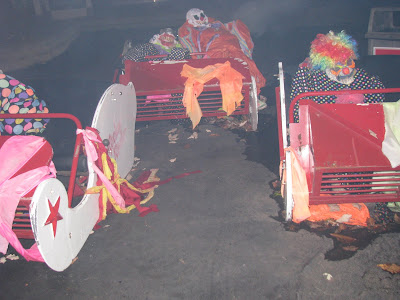 What's wrong with this guy? A rabid, morphed bunny rabbit? Looks harmless to me. 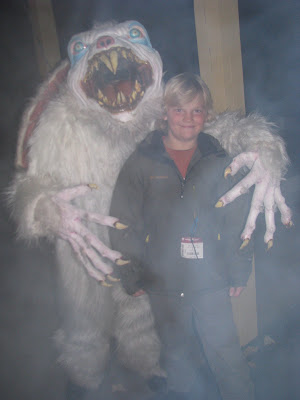 OK, that will about do it for freaking you guys out. Next up, carving pumpkins and roasting seeds. And, I'm here to tell you that carving 3 pumpkins with 3 kids is much scarier than any of these photos. Promise.

Email ThisBlogThis!Share to TwitterShare to FacebookShare to Pinterest
Labels: Halloween, Worlds Of Fun

That place is so cool! By the way thanks for commenting on my blog. I've heard a lot of things about you from Coco.

I am laughing so hard about the "we aren't morons" remark. Read my post today.

That place looks awesome. I don't think my kids could handle it.