You think those recent town hall meetings for health care are tough? They're nothing compared to the matches that can go down in the playroom. This is where the big decisions are made. The good, the bad and the ugly.

Definitely one of the benefits of having an older brother. Look at Jack's mammoth train set up! 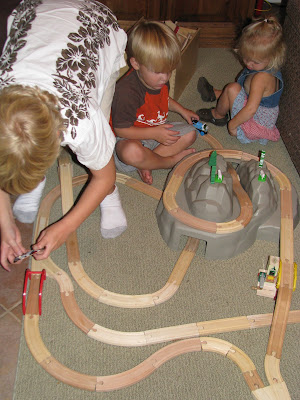 Love to see all 3 kids working together on a project. Now, of course, before and after these pictures, there was fighting.....but for a few moments, it was peaceful. 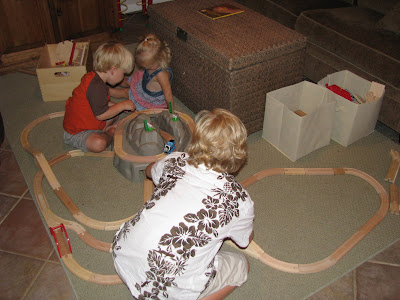 Lainey grew tired of the rules over there in train land and started construction on her own project. 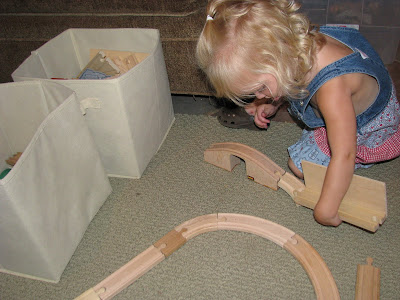 And, the boys kept working on theirs. There is a fine line you walk while building a train track for the train expert. He has ideas.....that he can't quite put in motion.....so you better know exactly what he has in mind. Or, you'll do it again. And, again. And, again.

The final reward is so sweet, though......an enormous smile and knowing you created his one true love in the world.....a train system. 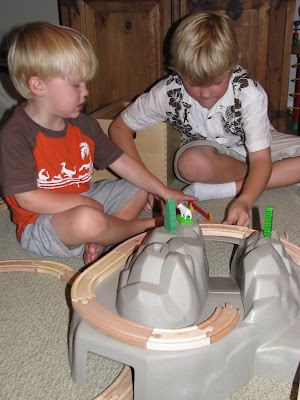 Lainey took a break to fix snacks for everyone in her kitchen. 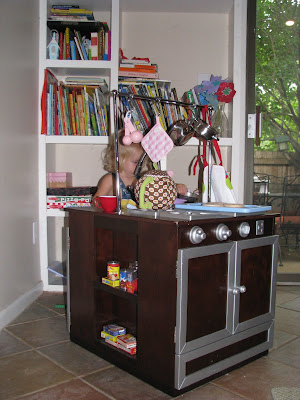 And, treated herself to a baby bottle while doing the dishes. Love that they throw all the surplus pieces in the sink. Looks like mine on a bad day! 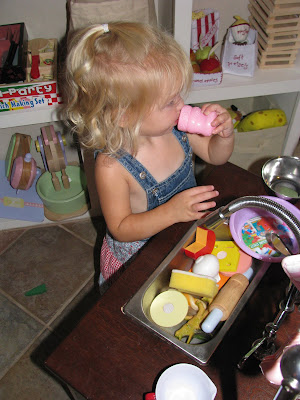 so fun! love that kitchen. Even the pots hanging down

uummm, looks like mine on a good day! it is so sweet when they all just get along, even if it is only for a few moments. what i really want to know is, how do you (they) keep the train tracks together? if we build something it is taken apart before you get it finished by a certain little 1 year old. i am about to glue one down i think.

The trains stay together for only a bit.....and then Jack gets tired of it and wants to re-build. We have used the connectors and they work well (small plastic pieces that hold everything in place), but rarely put them on b/c we know he'll want to create something new in a matter of hours.

We have the Take Along track and Cason steps on it on purpose and then brings me the pieces and says "Uh Oh". I don't have an older child to rebuild it so I'm down in the floor rebuilding several times a day. I need to get me an 8 year old.