While Carter was on a field trip to the same destination, I took the little ones out to the National Western Stock Show.

We met our Colorado family to see the livestock, exhibits, and more.

We did not run into Carter as we had wished to, but he tells me he had a great time, also. It reminds us of the Texas State Fair...which we miss each year!

Playing on the tractors. 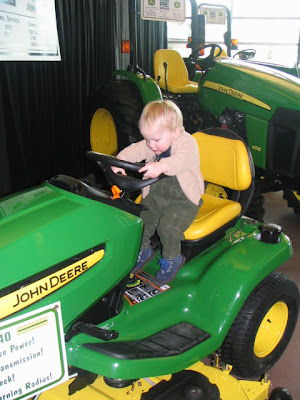 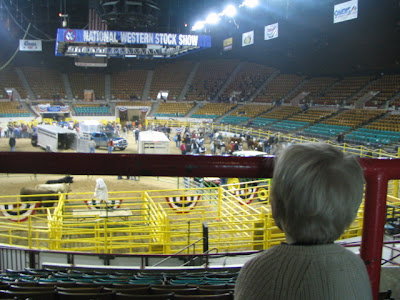 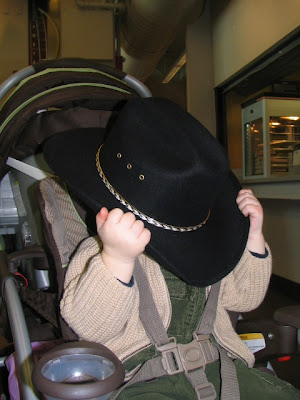 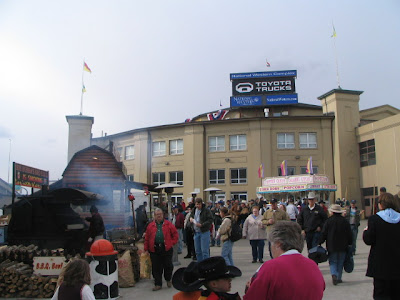 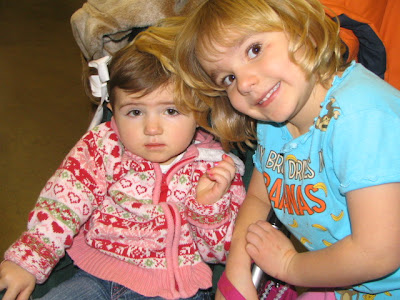 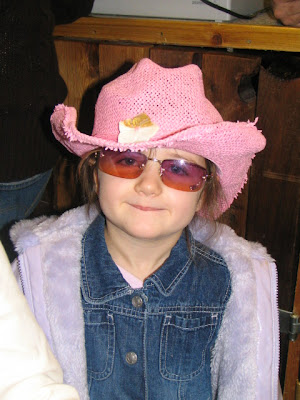 Grandma Linda with the boys playing a game. 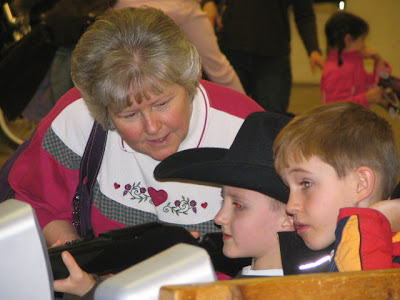 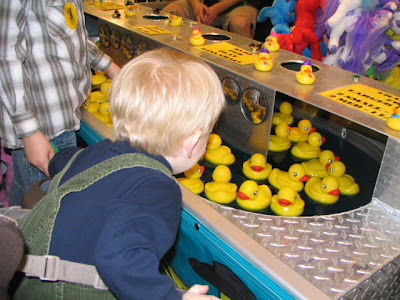 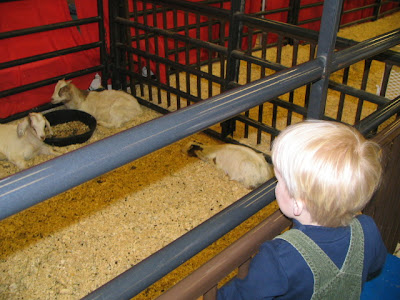 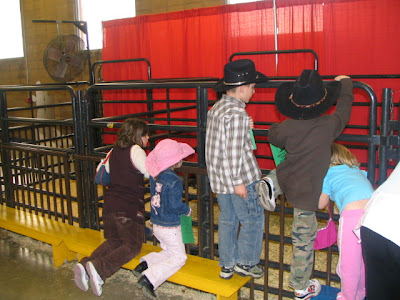 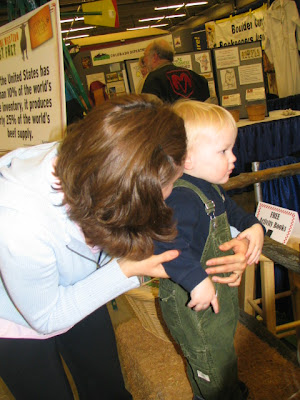 I paid for him to enter a playground area and as soon as he caught sight of the Choo Choo, it was all over. 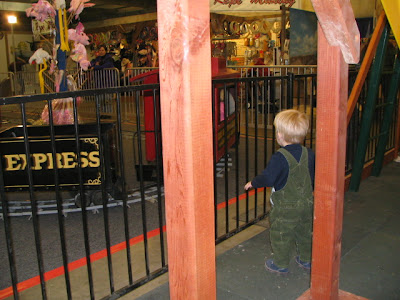 He stood there watching until I reached over the fence, paid and put him on the train. I absolutely love this picture. At times, I think of Jack as much older than he is due to having Lainey so young nearby. This photo reminds me of just how little and sweet he is! 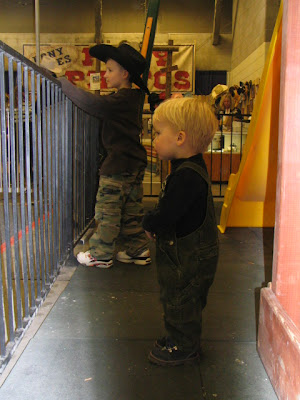 On the train with Noah. He loved it! 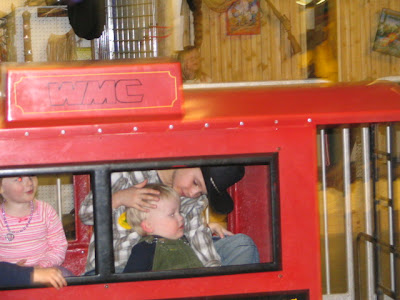 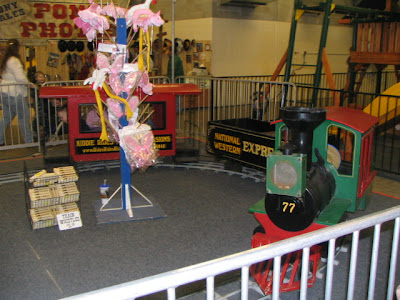 And, a second ride by himself. 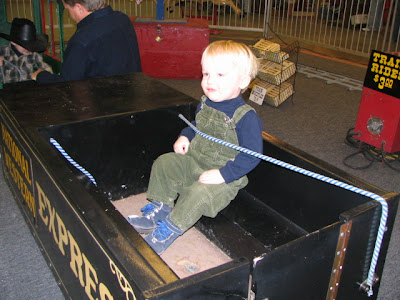 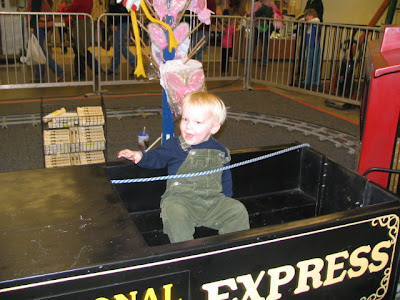 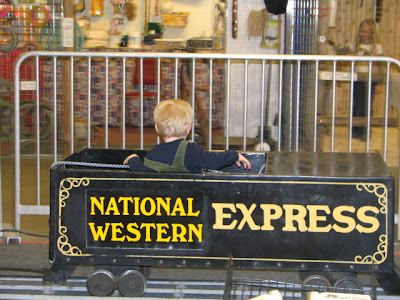 Thanks, dear Belinda, for introducing a sugar stick to Jack. 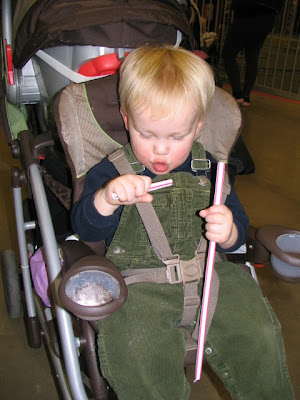 The group on the way out. 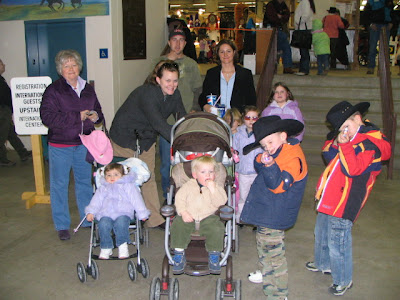 I love how that little rope is supposed to keep crazy Jack inside the train!