We started Wednesday with a visit to La Jolla Cove. Went to see the seals and now understand our trip may have been unintentionally well timed. Later in the day we heard that they are to be "removed" in 48 hours.

The break wall pictured below was originally put in place to create what is called "The Childrens Pool". However, the seals took to it and made it their own. With all the lovely beaches near by, I can't see why these seals couldn't stay.....but I don't know the whole story.....so who knows what else may be a factor. 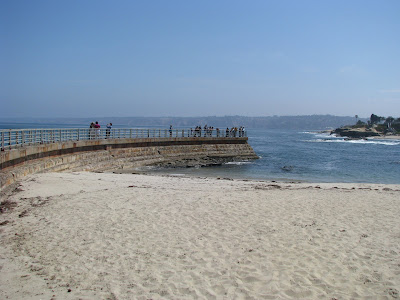 The seals on "Seal Rock", just down the coast. 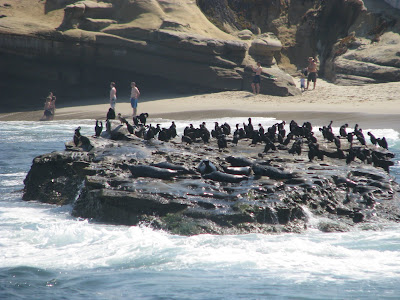 A little guy swimming nearby. 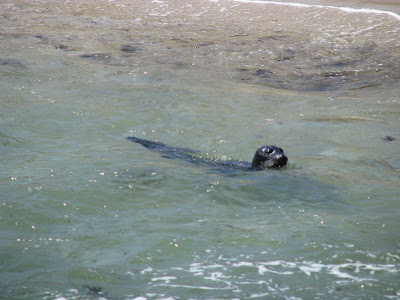 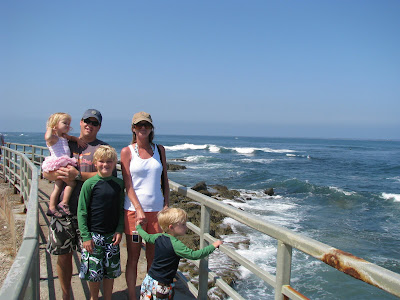 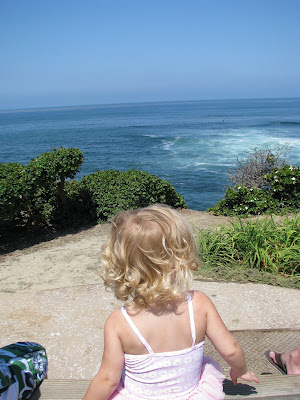 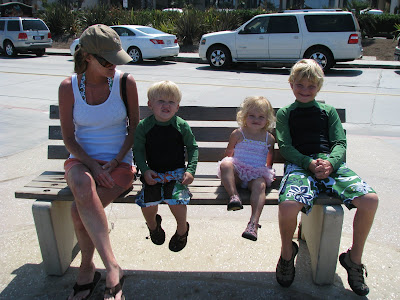 Off to the beach for some fun in the sun! 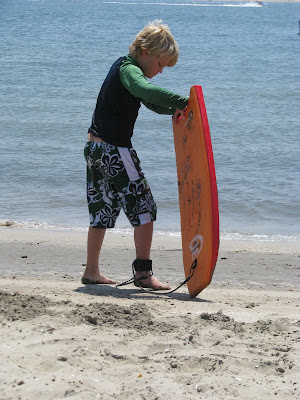 Carter is desperate to surf and hasn't since Hawaii when he was 3 years old. Thank goodness Uncle Bob is coming in soon to help! 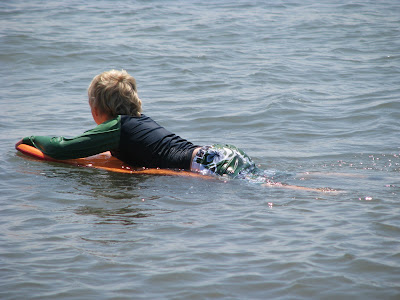 I thought I'd put Lainey in her tutu suit for some fun pictures and later learned why I shouldn't. 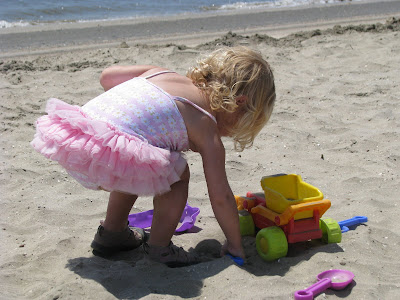 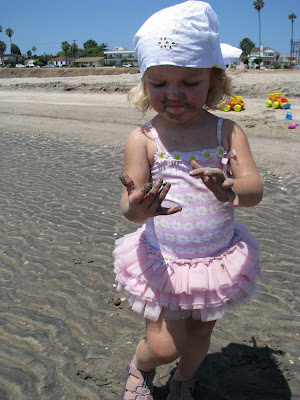 Carter dug out some tiny crabs from the ocean and shared them with the little ones. 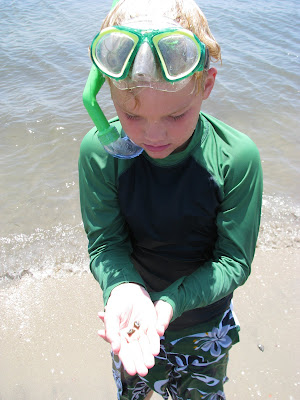 Big brother is always the hero! 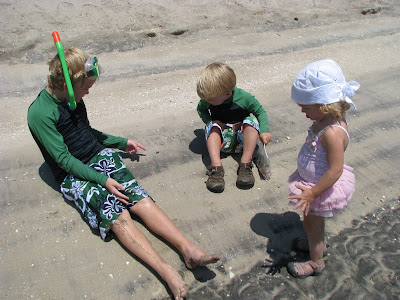 I took the kids on a shell hunt and we found lots of stuff along the way. Sea weed.....Jack wouldn't touch it and yelled, "Groossssss!" when I offered it to him. Lainey had no problem checking it out. 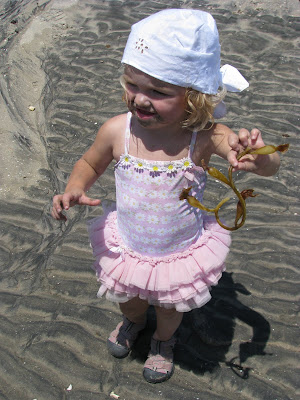 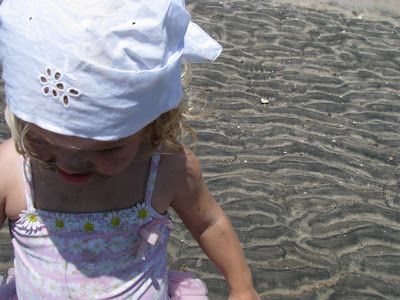 Note to self: don't bring pricey swim suits to the beach. 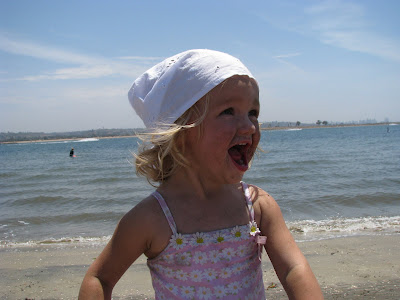 Another walk, with Caroline this time.....wishing I spoke "Seagull" to warn this group of approaching danger. 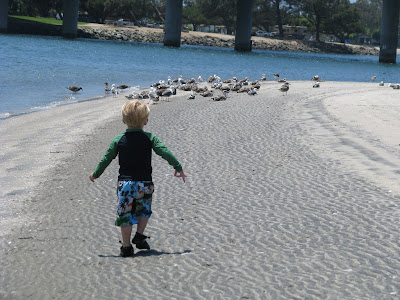 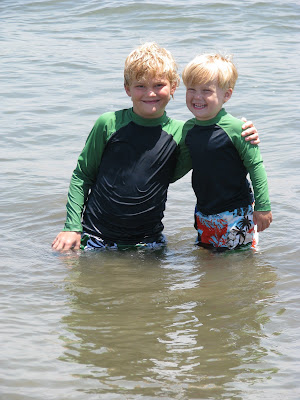 After an afternoon at home with a LONG nap, the fam took pics on the beach. The photo shoot went well.....hoping we got a few good ones. Here we are in Old Town that evening for dinner. 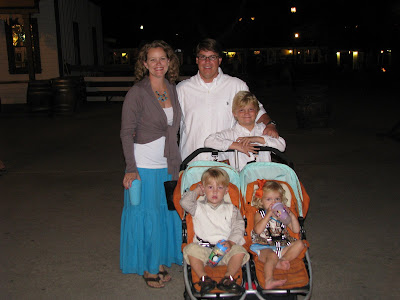 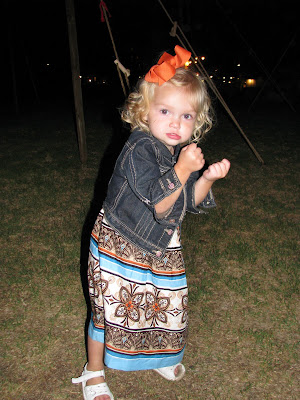 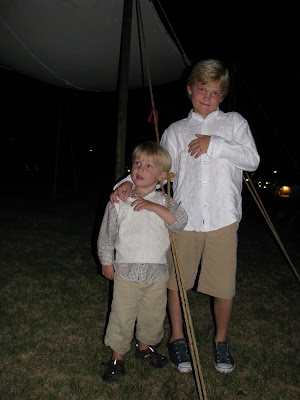 Off to "Mickey's House" today! We have a hotel booked in Anaheim to allow everyone a spot to rest and relax during the day. We'll spend the night and then have a full day planned in the area....followed by dinner with Merrilee in Encinitas. Can't wait!

Casey, this post is DARLING! I love how you capture the sweet little things that could be forgotten without writing them down or snapping a picture. So precious. They're going to be so thrilled to look back when they're older.
This makes me want to go on a road trip (maybe)! Enjoy every minute! :)

How FUN! And the kids outfits are as always ADORABLE!! Love the one of Carter and Jack in the ocean, love the one of Lainey in the white cap thingie, and LOVE the group picture! Can't wait to see your family photos!

It looks like y'all are having a blast! Cute little family pic! Can't wait to see the ones from the photo shoot.

Carter is such a stud! And I didn't know Lainey ever got dirty! lol. cute little thing!

These children are ADORABLE. I am so glad you guys are having such a great time. Memories that the kids will have forever...

Love the family pic, can't wait to see the rest! The outfits are PERFECT!

How fun! I love the one of Jack and Carter in the ocean. AND Lainey getting down, love her little outfit.

I can't believe your dumbass would take a $50 swimsuit to the beach. Duh.

too cute! I love..love.. La Jolla! Tell Mickey hi for me. Loves him too!

The family pic is so sweet!vonsemi

Sounds like a wonderful time...I love Caroline's outfits. What a sweet family you have...

Looks so fun! I'm glad you guys are having such a good time! WHAT DO YOU MEAN THE SEALS ARE GOING TO BE REMOVED? Like gently picked up and relocated, or Sarah Palin style with a helicopter and high powered rifles? I'm hoping you mean the former!

Don't know, Moni. Heard last night that my first source got it wrong and the seals are staying. I'll post again if I hear an update!