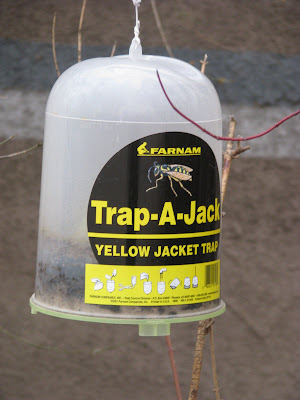 My little buddy, Jack, is by far the most needy of our 3 children. Blake insists I will be going away to college with him and living in the dorm because he won't be able to let go of me. We certainly have a bond, as I do with all the kids, but Jack has taken it to a new level. He is a Starnes, so make no mistake about it....he was born with the charm and social skills matched only by the friendliest people....but he is mama's boy through and through.

I sincerely love the attention and can't help but think many factors played into this development of his personality. He is the middle child....was only 1/2 way through his first year of life when I became pregnant with Lainey....and has been suspicious of her intentions ever since.

His attentiveness is escalated when he feels vulnerable, and physical contact (hugs, kisses, holding hands) seems to be the only way to handle it. He's learning humility, so he now responds in an embarrassed manner anytime he's uncomfortable. Correct him on something? An immediate, "No, Case!" or "Shut up, Mom!" follows. I know.....the shut up thing is terrible....I'm working on it!

I feel as though he's at his peak of the "terrible twos".....he has to be.....or my ticket to the loony bin will be expedited and his father will be left to deal with him. His peculiar neediness coupled with his age have added up to equal a tantrum throwing, toy launching, inconsolable mess. And, this combination has rendered me helpless. I'm beginning to wonder if the "Trap A Jack" pictured above might just hold the solution for me. Carter found it at the zoo and hysterical with laughter, suggested we give it a try.

Double dog dare me and I just might do it.

Trysten and I just died laughing as well... I love it!

I laughed at just the picture, even more when I read. Hilarious! Poor little Jackie-Poo.

That is funny!
Sweet little Jack!

Poor little midldle-Jack-baby! It's hard being in the middle...=)

By the way, I LOVE your new header!

i say treasure every moment of it because in about 10 years he won't want you near him!! i already get told to go downstairs or don't hold my hand from connor. luckily colton still like to snuggle.

I have always heard that little boys are a hand full!!

hilarious! see, jack's so cute for a reason, too! just like my little gracie!

love the comment about him being so cute for a reason... with three little boys, I often think they are lucky they are so cute, or else! Also, I can relate to the shut up part, because I remember that when my Rylan was two (last year), he would get mad and call me a "shut up" like it was a noun.. he just knew it was a bad word and he was mad enough to use it, but he didn't know what it meant! Don't you just love the rollercoaster of being a mommy... all in 5 minutes, you can be so frustrated with them and they with you, and then the next minute you are snuggling with them. No wonder we are so tired at the end of the day?

I am just starting to feel your pain with Cason at 20 months. He doesn't have the verbal skills to tell me Shut Up, or I know that he would. I just get a No from him. When he gets in trouble or uncomfortable, he looks around and grabs the closest thing to him and offers it to me. He doesn't know how to express himself yet so he tries to smooth it over by offering me a remote, toy car or even a dirty kleenex. He does have the dirty looks mastered and I receive them every day. Aren't boys great. They actually are a lot of fun.

I think Jack is adorable and sounds like he has an abundance of personality.