Friday night of Thanksgiving week was spent in Vail. We arrived back to the hotel in time to climb in bed with the kids and watch Polar Express. Lights out at 8:00pm and we slept like babies while snow fell outside all night long. 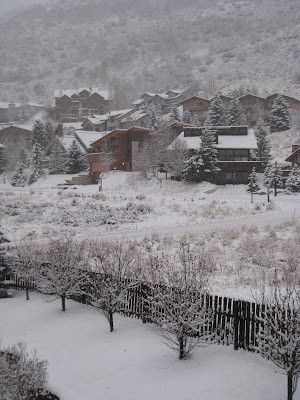 Waiting in the lobby for Dad while he warmed up the car. Early morning, lots of energy in these monkeys. Time to get outside and run it off! 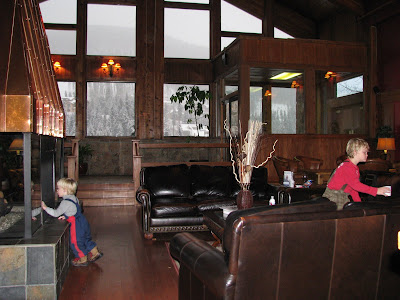 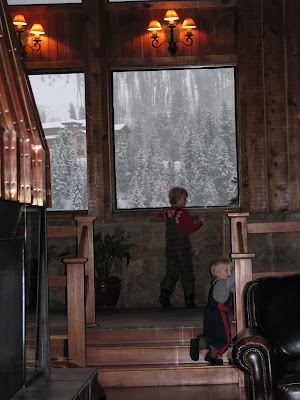 Blake worked hard to clean up the family truckster, but we were still covered in snow! 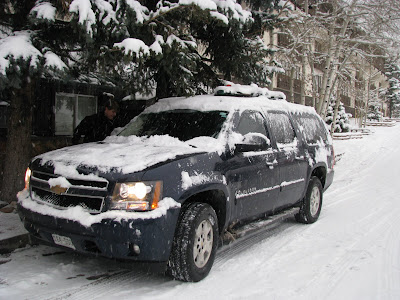 Gear is up there somewhere. 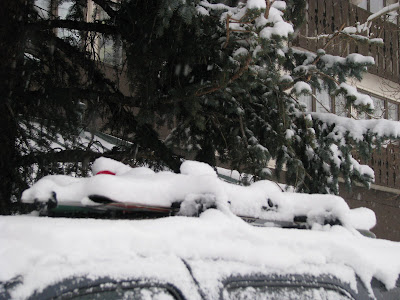 On the road. Super stressful. On the way in, we saw a 4Runner spin out, cross lanes of traffic a few times and then slam into the guardrail. People just drove around him.

Many trucks on the side of the road putting chains on their tires. Strictly enforced in some areas. 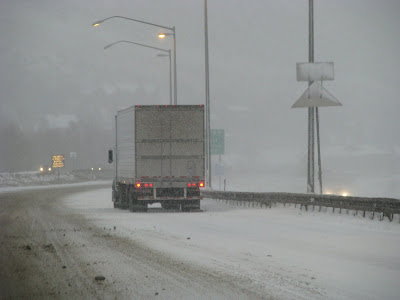 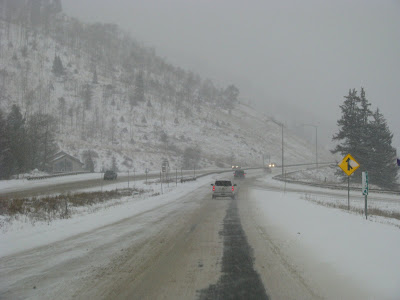 Not far from Vail, but still so glad to see that sign! 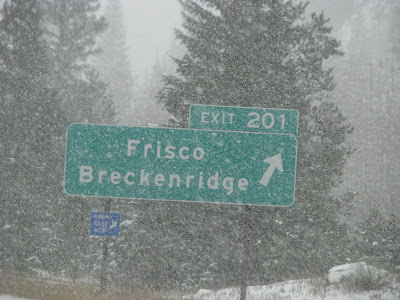 We pealed Blake's fingers off the steering wheel and proceeded on with our day. 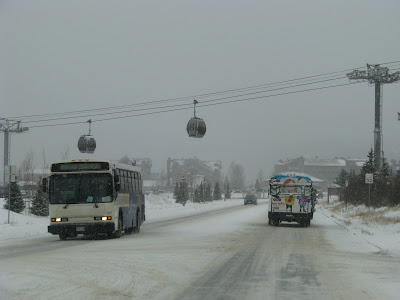 Punkin Laine staying busy inside while Carter and Blake take the first runs. Love that she'll wear hats with no fussing. 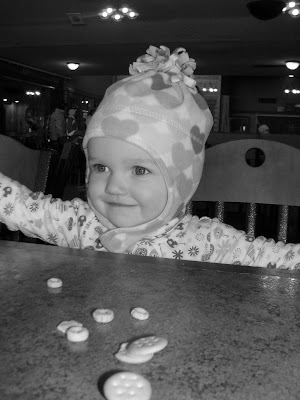 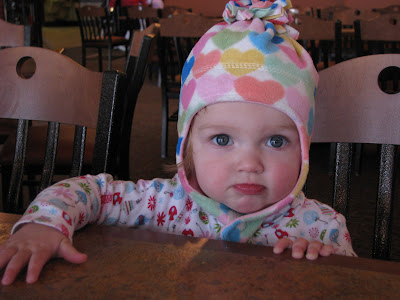 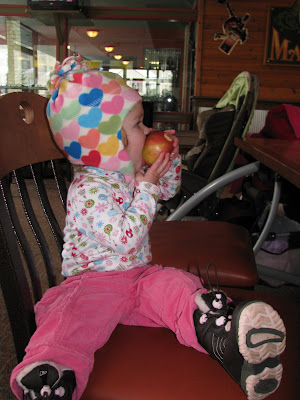 Bustin' moves at The Maggie. We typically walk the village, play outside, visit the Children's Museum and shop, but the snow was too heavy. Stayed in and kept the little ones entertained. 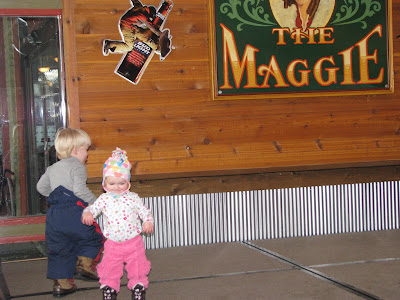 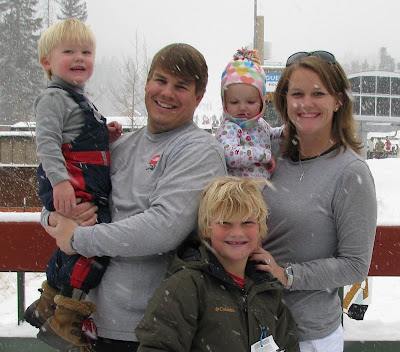 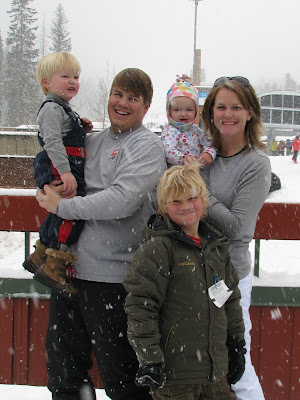 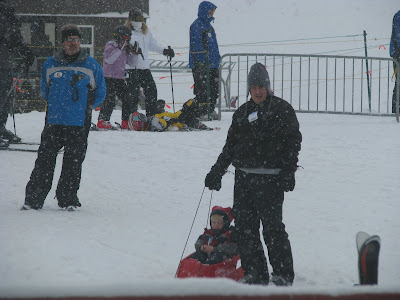 Carter catching Jack at the bottom of the hill. 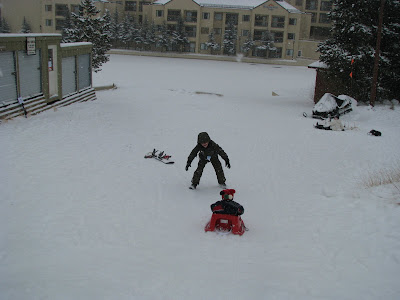 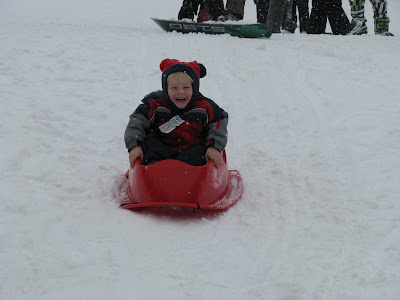 Scenes from the mountain. 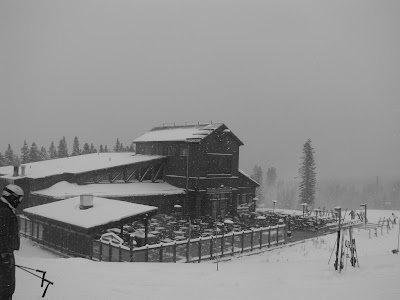 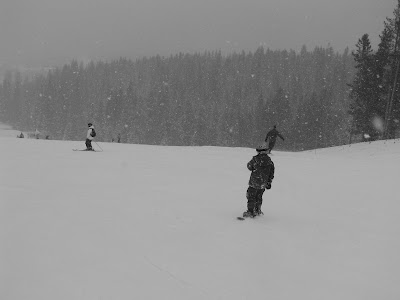 Beads from Mardi Gras parties.....forever stuck in the trees. 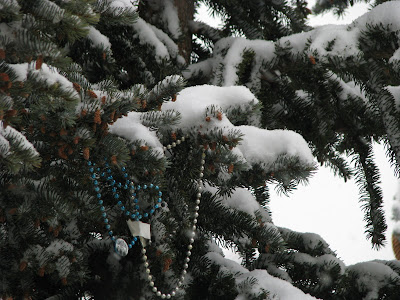 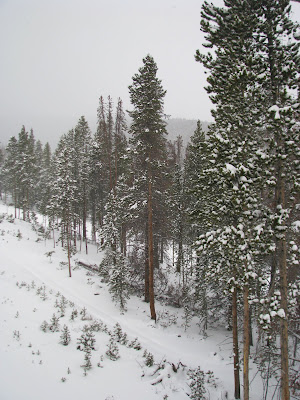 Carter and I were out late afternoon...intended on stopping at this run because we were already half way up the mountain, but it was not available. Had to keep on going. 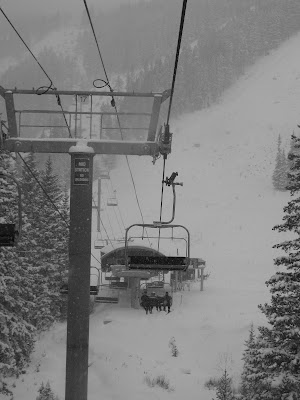