Another fun Halloween-themed birthday party at the Starnes house unfolded Thursday night. Everyone in costume....except Jack, of course. 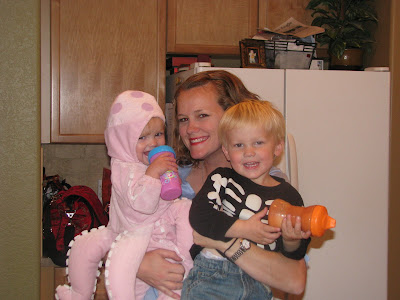 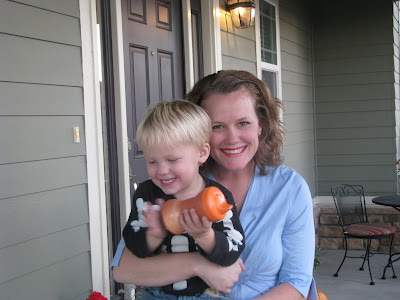 He'll wear this skeleton shirt, which will be washed and worn again this evening because I'm sure he won't put his Thomas costume on! 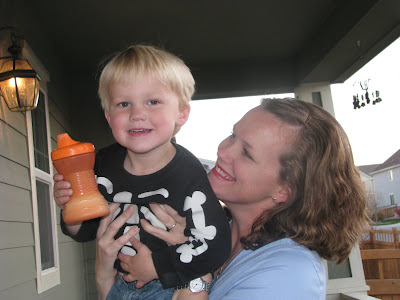 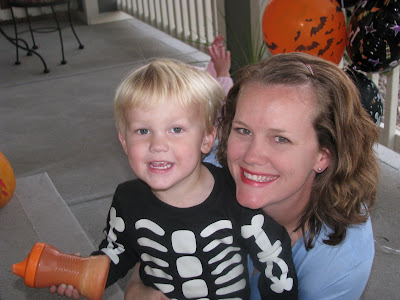 My sweet octopus. She loves her costume and even brought it to Blake this morning to put on her. 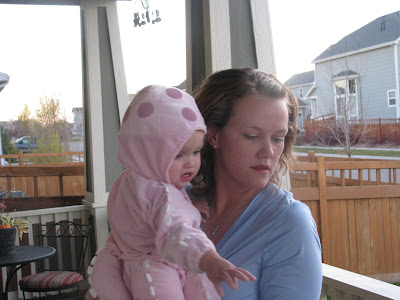 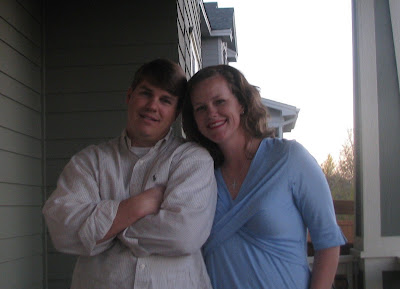 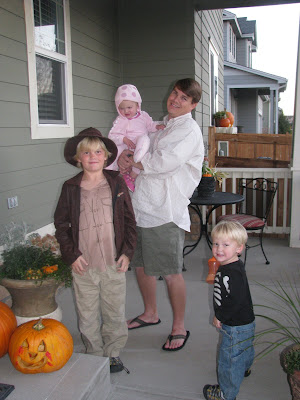 Guests arrive.....here are Emily and Lindsey. 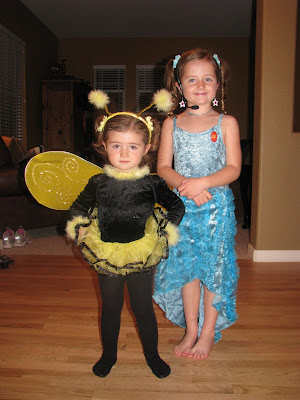 Our basement gross out game. 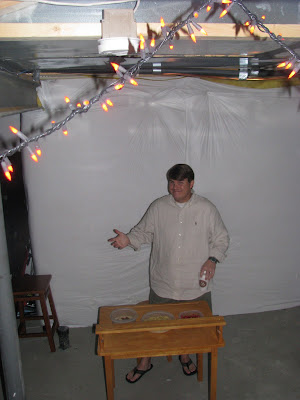 It was completely dark except for the lights leading down the stairwell. Kids guessed the body party in the bowl. They were silly with excitment! 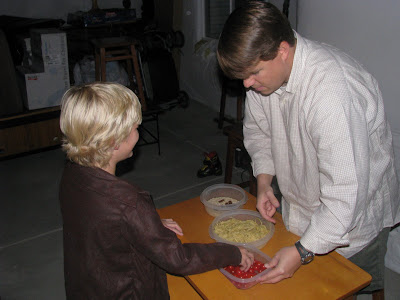 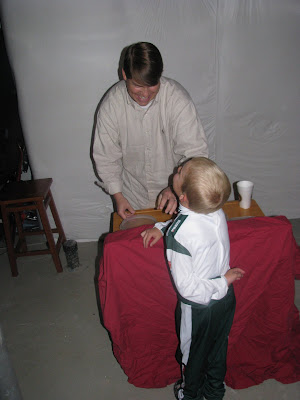 Jack snacked on the brains for a while. Nice. 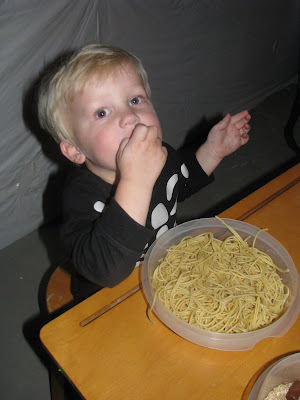 Time for the toilet paper mummy roll. We've done this 3 years in a row and it never wavers in popularity. 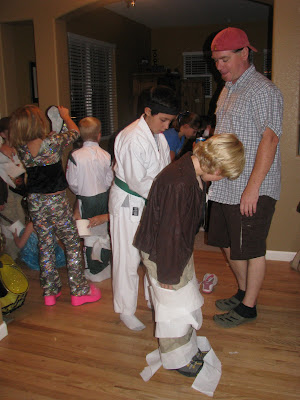 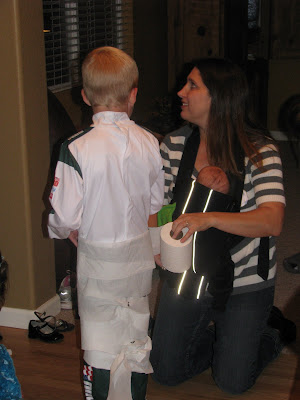 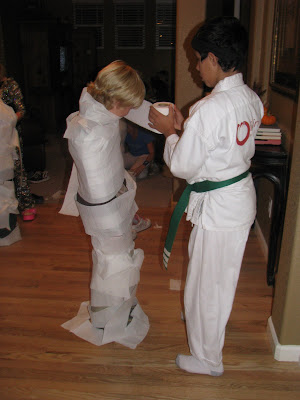 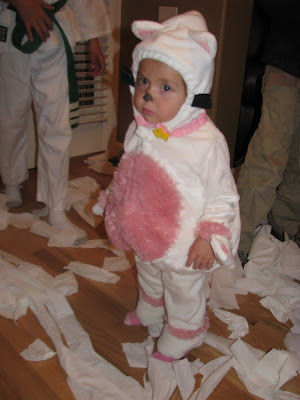 Time for presents. Carter is in there somewhere. 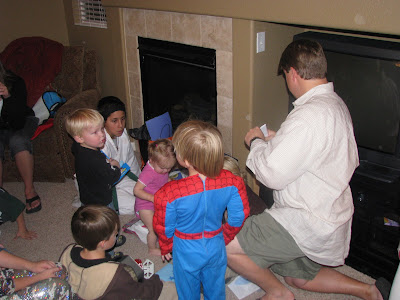 And, cake! A picture of it and other party food to come. Turned out pretty cute. 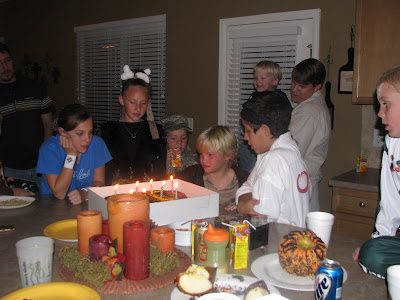 Because of our open house on Sunday and our leaving very early tomorrow morning to ski....which leaves not a lot of time to clean up.....we didn't allow kids upstairs during the party. Didn't stop them from trying, though. 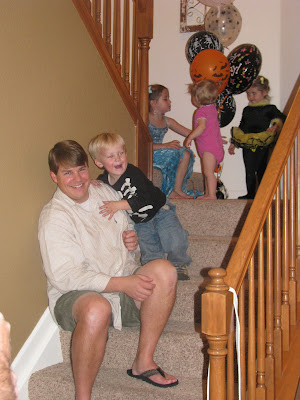 I love these two together.....Jack and cousin, Emily....just a few months apart in age. Jack LOVES her. Emily can barely stand him. 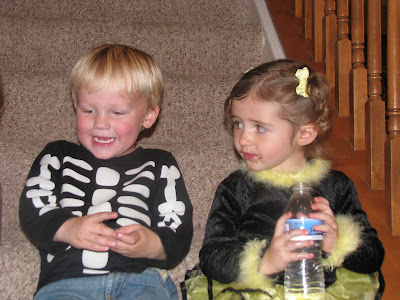 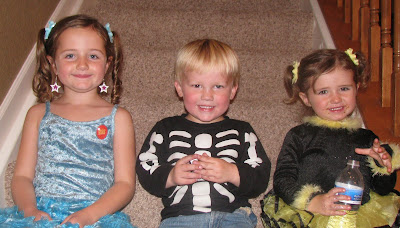 OK, maybe she likes him a little. 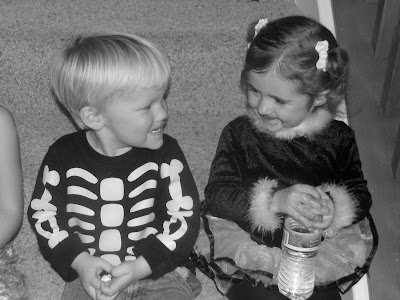 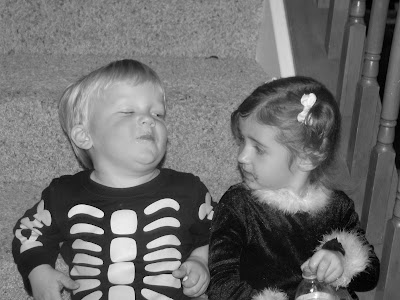 Devon and Carter with the ever-popular Bakugans. 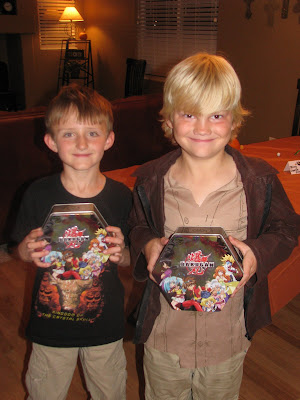