#15 Homemade Soup - I really can't start making soup until the temperatures drop and there is reason to stay in. Luckily, our weather coordinated with Carter's field trip to Miller Farm and we made a vegetable soup with his pickings.

A very easy recipe.....one that was simple enough for the kids to follow and since they were helping, the lack of complex steps helped me enjoy the process, too.

Carter returned from his trip with the following produce, plus a large pie pumpkin. Not bad for a school field trip! They picked the veggies themselves and Carter couldn't have been more proud. 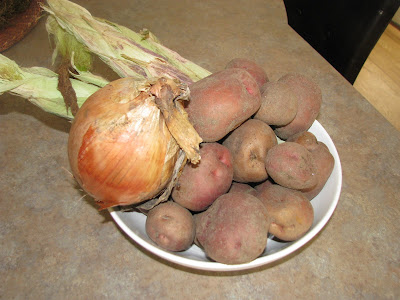 The most exciting part came when it was time to shuck the corn. Each stalk had a large caterpillar inside eating away.....so no corn was added to the soup. He wasn't the least bit disappointed.....probably would have been, actually, if there were no caterpillars! They learned about this possibility on the farm and he'd been talking about it since he arrived home with the veggies. Oh, the anticipation. 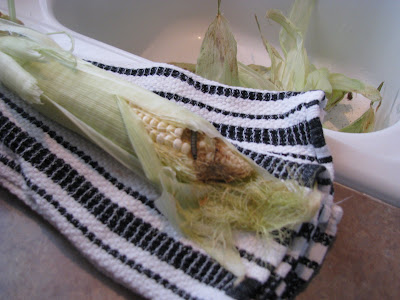 Peeling more to find more little guys inside. It was a proud day for a 7 year old. A quote, "Collin only found 1 corn with a bug in it. We had all 3 ears with bugs!" Awesome. So, the remaining vegetables to add, plus I sauteed some onion, too. 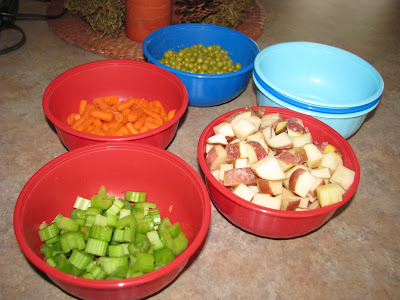 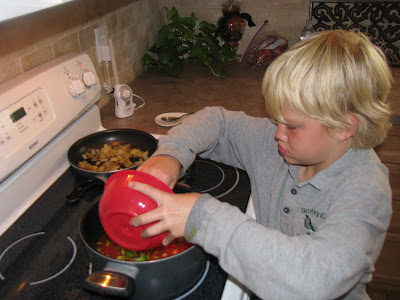 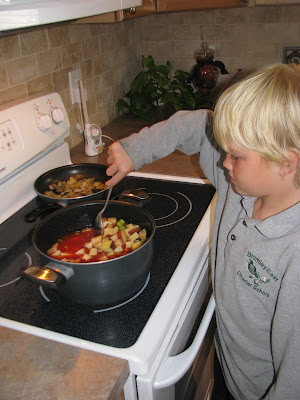 Looks about right! He took some in to his teacher the next day. Sweet boy. 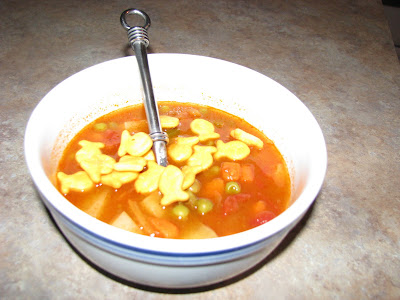 That looks so good!! It is supposed to get cold here tonight. I might have to make some soup!!