Ski and Board Prep

We tried on Jack's skis and boots last night and couldn't believe his reaction. I figured he would be scared or at least apprehensive, but nope! The little guy took right to it and started swooshing around the living room as soon as he was fully in gear. I think he has better skills than me already.

I put his boots on him and he walked, with ease, over to the skis and tried to click in. I guess he's watched us enough times to know what to do! 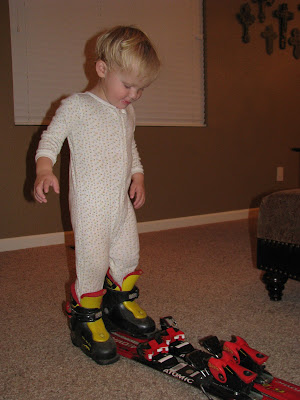 Moving around the room! 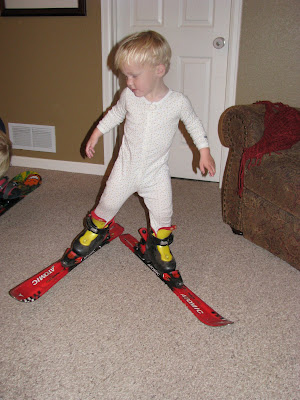 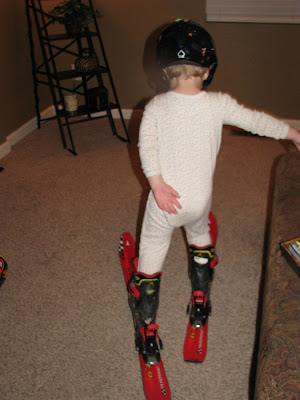 Not a fan of the helmet. 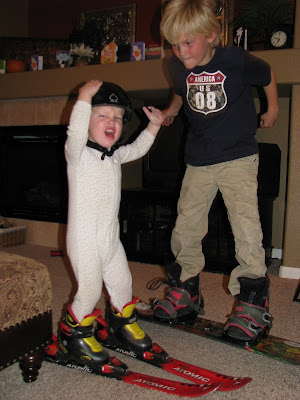 Lainey is, though. Don't worry. We'll wait until next year to throw this one out there on skis! 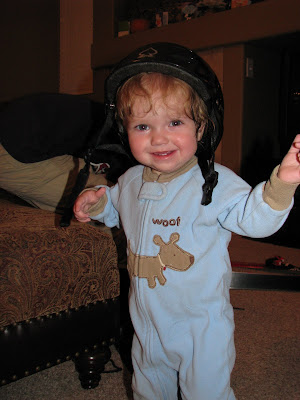 Sweet Carter in his new snowboard pants.....showing off his board. 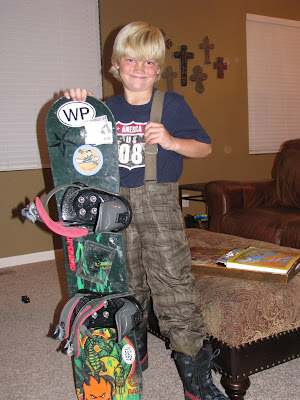 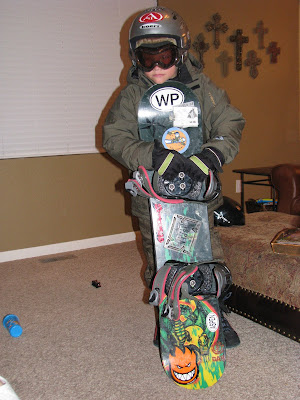