The Biggest Day Ever For Jack

I'm afraid my post regarding this amazing day for Jack simply won't do it justice.

You had to be there.

You had to witness the squeals, the stares, the overwhelming excitement.

Jack loves trains. Not likes them. LOVES them. I've never seen a child more passionate about anything. He spends hours a day at his train table. He watches Thomas the Train videos. He watches actual, boring, country touring train videos. DVDs of trains driving through the mountains, over a river, by a farm. All of it fascinates him. He sleeps on Thomas sheets.

So, as members of the Colorado Railroad Museum in Golden, we were privy to this exciting event held on September 14 and subsequent days following. Day Out With Thomas was just about the highlight of his almost 2.5 years on this earth.

We visit the museum about once a month already. A picnic lunch, a good blanket to rest on and our day is set. But, nothing can compare to when Thomas arrived.

The event is very large and quite organized. We parked down the street and were shuttled in. Here is Jack first seeing Thomas. 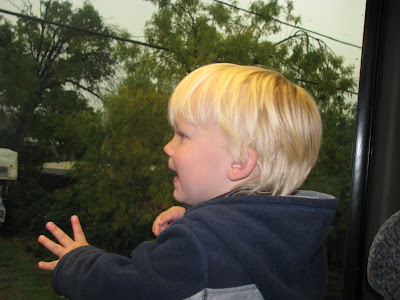 While I changed Lainey and prepped for the day, everyone toured the model train located downstairs in the museum. It's an amazing recreation of several parts of Colorado terrain and the trains running through it. Jack carried the chair he's standing on from one part of the display to another, ensuring he could see every detail. 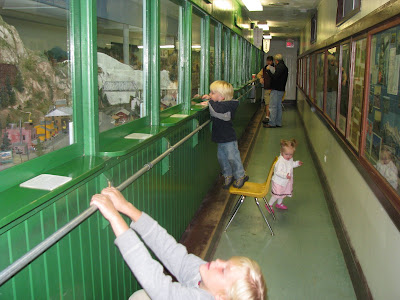 Back upstairs and closer to the event. Here is Pa explaining how a telegraph works to Carter. I'm sure his computer savvy mind thought dinosaurs were walking the earth when this form of communication was in effect. 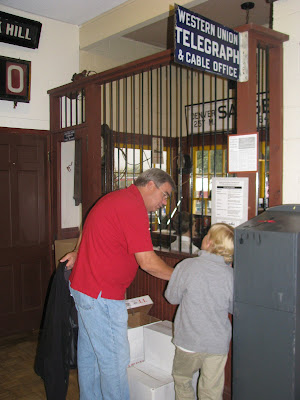 On the train. Look closely at the front. That tiny blue part was what we saw of Thomas. We ride this train (that takes us 3 laps around the museum, which equates to approximately 18 minutes) every time we go and as members, we ride free. This lovely trip cost us over $100. The difference? Knowing Thomas was leading the way. Worth $100? You decide. 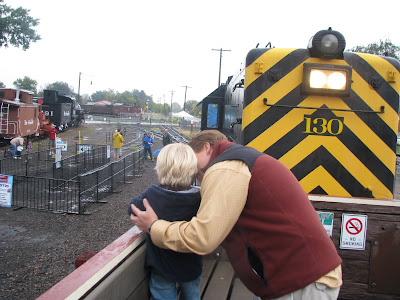 If he could really grasp the idea that Thomas was carrying us, I wouldn't even think of the money. But, I think it was beyond his understanding since the engine was out of sight.

I do love this look, though. Our precious Jack was in awe the entire time. 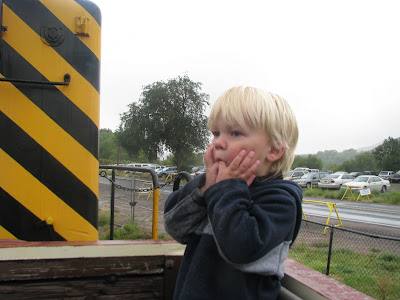 Lainey on the ride. This is a rare moment caught on film. She screamed and bucked and cried most of the trip, otherwise. 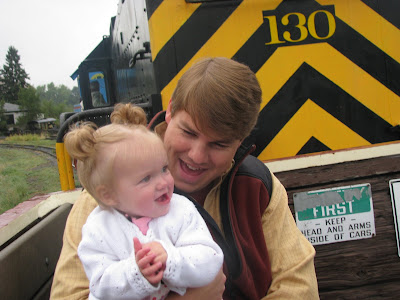 Jack pointing out one of the other trains on site. 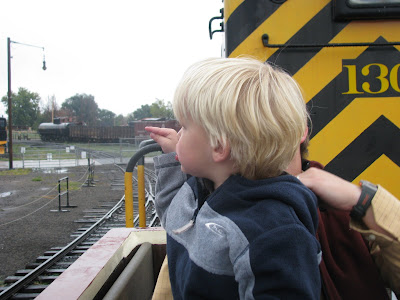 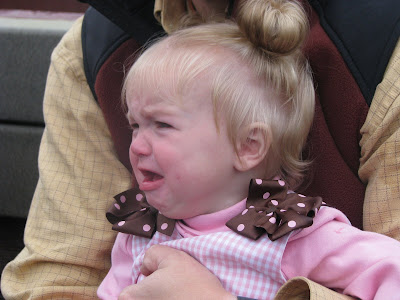 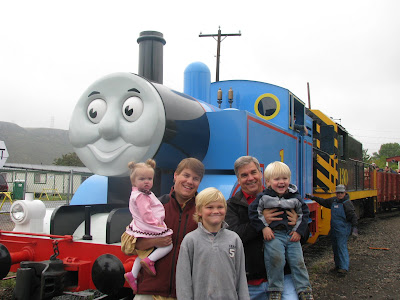 Watching Thomas take another group around the museum. 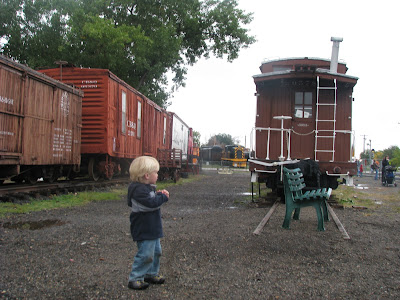 With Sir Topham Hatt, the manager of the Sodor Railway. Sodor is the name of the island they work on. Let me know if you need to know anymore facts. 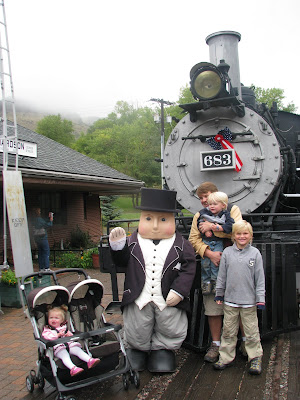 A large outdoor miniature train exhibit, maintained by the Denver Garden Railway Society. I have a feeling Jack might join this group one day. 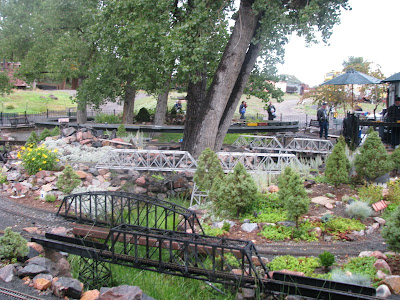 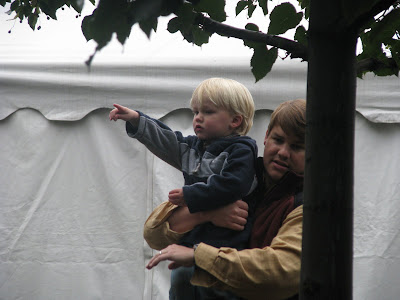 He could stand here watching for hours. 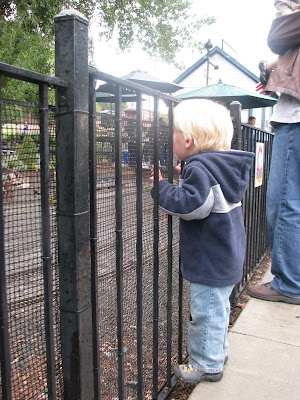 Here is Thomas going around the track. 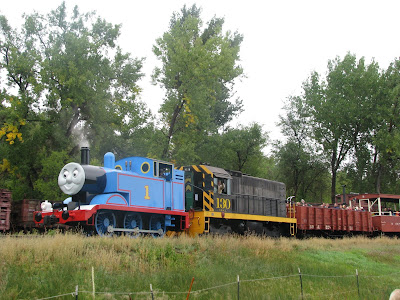 Looks like a scrap is about to go down. My money's on Jack to keep the choo choos and the table in his reach. 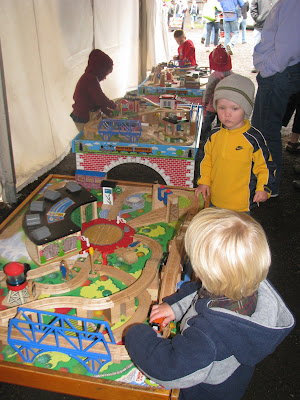 What could be more fun? A petting zoo and a sing-along? 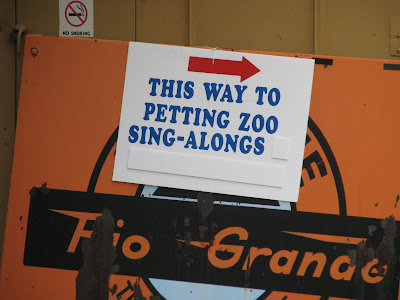 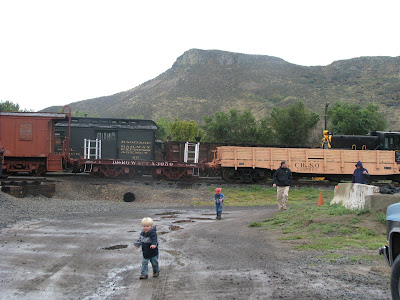 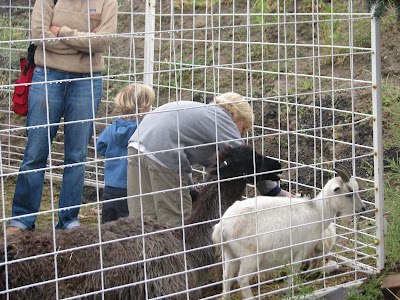 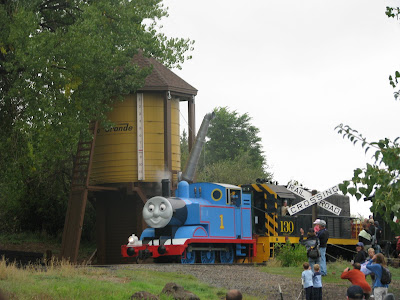 Playing on the caboose with brother and Pa. 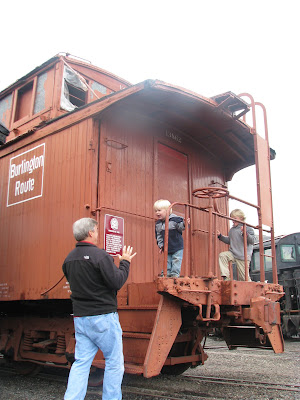 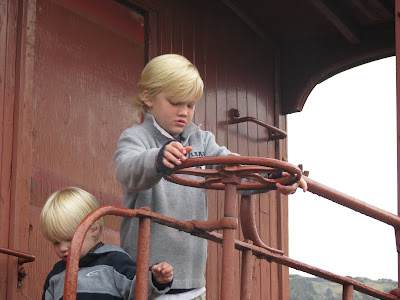 Too much fun. He was asleep before we got out of the parking lot. 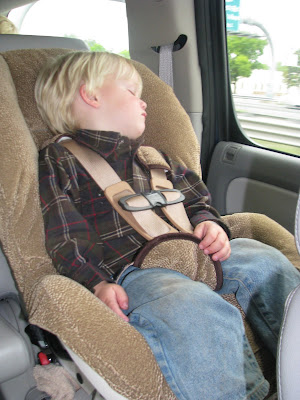 Before I got to the last picture, I was thinking "omg, he had to have been exhausted!" and he was. What an awesome day in Jackland.

That is priceless! Bram was the same way at Jack's age, obsession was not even the right word when it came to trains.

Lainey's hair kills me and seriously makes me pea green with envy. Lucky you.